FIA Formula 2 driver Dan Ticktum has hit out on social media after he was handed a “beyond ridiculous” 10-second penalty for causing a collision during the feature race in Baku.

The Carlin driver was penalised after being involved in a first-lap incident with ART Grand Prix’s Theo Pourchaire and DAMS’ Marcus Armstrong at Turn 3.

The incident, which resulted in a safety car, eliminated Ferrari junior Armstrong for the second race in a row, while Monaco feature race winner Pourchaire was also forced to retire several laps later.

Ticktum eventually finished the race in eighth, having started fifth.

He also received criticism after the incident for his language on the team radio, but said he “really thought [he] could have won today” and told viewers to “realise the pressure all of us are going through.”

“To get a 10 second penalty for that is beyond ridiculous but it’s all happened now. The pace was obscene so I really think I could’ve won today. 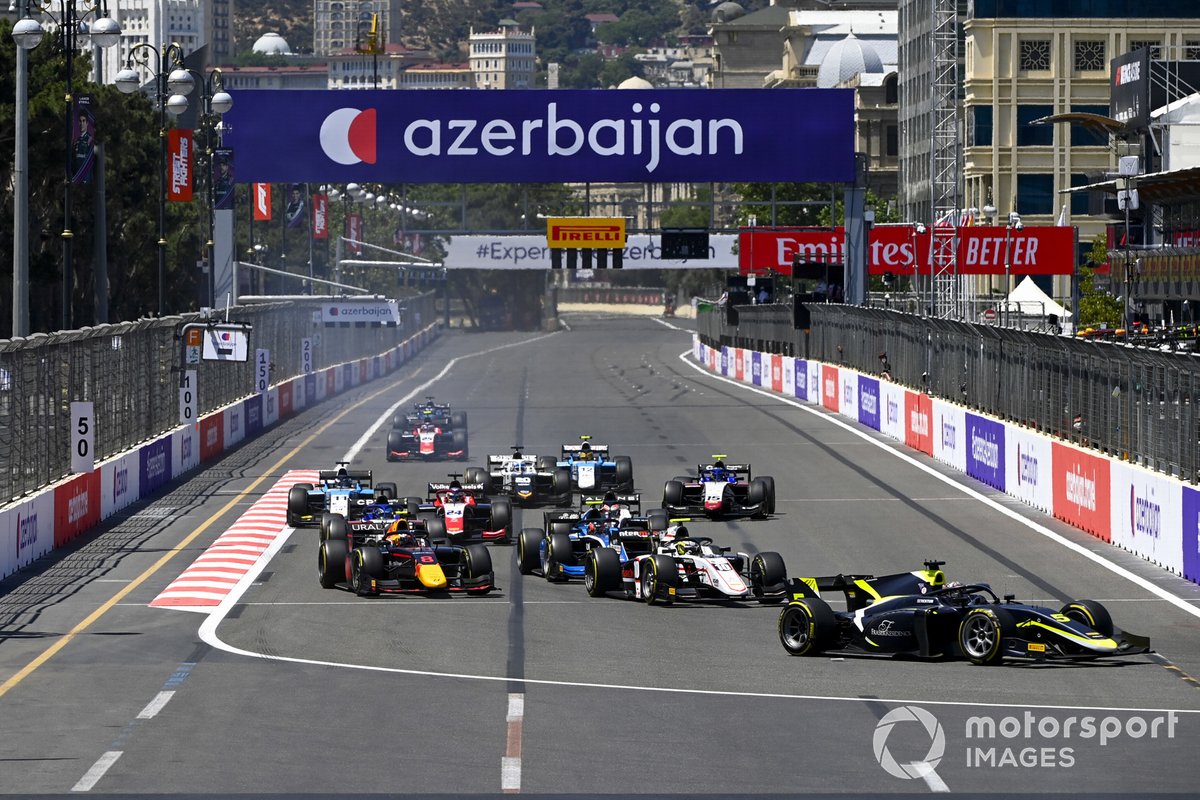 “For all the people sat on their sofas giving me sh*t about getting angry on the radio, try putting yourself in my position.

"I have worked my balls off since I was a young boy to try to get to Formula 1 and this is my last year to get there and when moments like that occur, in the moment you feel like it’s slipping away from you.

"Imagine being so close to your dream and feeling like it’s slipping away, it’s not easy believe me.

“So of course my emotions will be heightened! This matters to me more than anyone can imagine . Yes I apologise for my language etc but just take a step back and realise the pressure all of us our [sic] going through!!!!!

“Anyway, a massive thanks to Carlin for the great package all weekend! Big break to Silverstone now. See you all then!”