But he suffered a throttle sensor breakage - a common fault with the new F2 2018 car - before race two and could not take the start as a result.

Russell holds second in the drivers' standings, but is now 13 points behind Norris - who recovered from 16th on the grid to take fifth in the sprint race, after he stalled in the feature race.

"The issues this weekend are purely down to the Formula 2 technical department," said reigning GP3 Series champion Russell, "which is a shame really because a lot of drivers' races and weekends are being destroyed at the moment.

"It's not really been fixed. You think it's going in the right direction and here we are [experiencing the same problems].

"Every time I go out on track, I fear having a problem. All I want is to not have a problem.

"That's my fear all of the time and it is for all of the drivers. You just want to jump in the car and drive it, not just worry about finishing the race.

"The race was over at that point [when the throttle sensor issue occurred]. It's frustrating because it's not the team's fault." 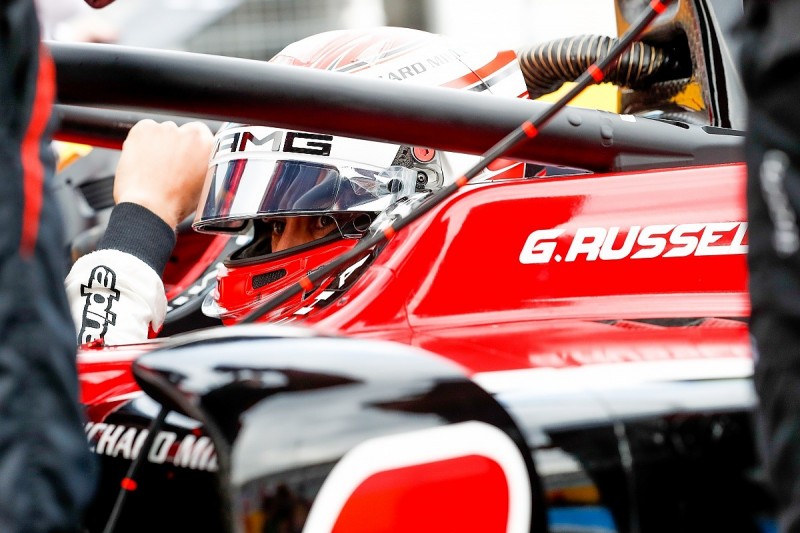 While Russell was critical of the car's issues, he does not feel they are jeopardising his chances of reaching F1 - saying Mercedes was watching his performances, not results.

"You have to look at performance and ours is right up there," added Russell, who has three wins to Norris's one in 2018.

"There's no pressure to win the championship, the pressure is just to be the best driver out there.

"Before Monaco, I was third in the championship but arguably we should have been leading it.

"The guys who support me at Mercedes, they believe that I was performing to the top level. Results aren't everything.

"If I finish this championship in third, two points off the win, they'll look back at the things that have gone wrong. It's not always about your overall result."

F2 technical boss Didier Perrin said there were "major concerns" with the car, but his team is working hard to bring fixes to each round.