Formula 2 drivers faced a "gamble" during starts in Bahrain last weekend due to the complexity of launching the championship's new car, according to DAMS driver Alexander Albon

Many drivers in the F2 field struggled to master getting off the line at the first round of the 2018 season last weekend, with some getting stuck on the grid or starting from the pitlane across the two races.

This is down to issues with finding the precise bite point of the clutch on the new car, and drivers then having to juggle the combination of releasing the clutch and applying power.

The new F2 2018 car is turbocharged, as opposed to its naturally-aspirated predecessor, the GP2/11.

Albon suffered a costly decline from his fifth-place starting spot in the sprint race, and as a result, despite taking fourth in the feature event, now trails standings leader Lando Norris by 27 points after just one round.

"Some of the other teams have it sussed out and know how to handle the clutches, explained Albon, who was only on a one-race deal with DAMS in Bahrain.

"Then there are other teams that are struggling a lot, like us, ART [Grand Prix] and Prema [Racing]. "It's almost like a gamble on the starts, we're either stalling or losing clutch spin.

"If I'm going lose six or seven places at every start, it's going to be a long old year." 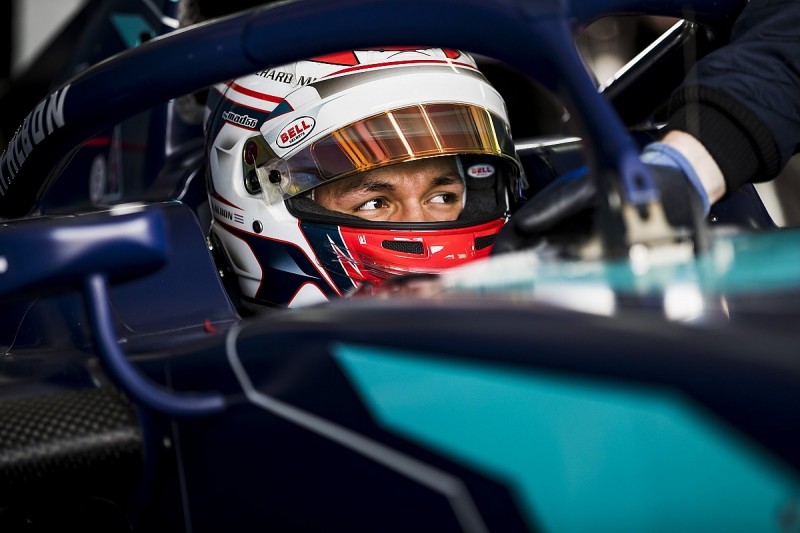 Carlin's Norris, who won the feature race and executed two good starts across the Bahrain weekend, as did team-mate Sergio Sette Camara, believes the key to starting the new car well is precision.

"We've worked harder than most with our starts as a team," said the McLaren Formula 1 reserve.

"We've been able to be a bit more precise on how to get into that correct range to be able to have a good start. Some people just seem to find it a bit more difficult than us."

Another team to struggle was ART, as George Russell had a front row feature race starting spot turn into fifth place at the finish after wheel-spin ruined his getaway.

The reigning GP3 champion then couldn't get his car off the line in the sprint race.

"Driver error is what happened," Mercedes junior Russell said after the second event.

"Five or six guys stalled in race two, at least two guys [in the feature] - the cars are very tricky to get off the line, even coming out of the pitlane.

"The clutch is extremely sensitive.

"The travel is very short, which means the driver has to bring a lot of precision where they set the clutch and I just got it wrong today."