The Prema pair currently sit first and third in the drivers standings, with Piastri leading by six points from second-placed UNI-Virtuosi driver Guanyu Zhou and Shwartzman 11 further back.

Ferrari Driver Academy member Shwartzman, the highest placed returning driver from last year and Piastri's predecessor as the F3 champion from 2019, explained following his third place finish in the second sprint race at Monza that “some of the things [Piastri is] doing just better”.

“Unfortunately, I do more mistakes than him, especially in qualifying, which is compromising my race performance.

“It’s very good to have such a strong team-mate because, first, you can learn and you can see what he is doing, even though you can say I have more experience. But still, some of the things he’s doing just better, so there is always something to learn from Oscar.

“Nothing is lost yet, and I’m going to do everything I can to beat him in the championship.”

Shwartzman had been set to take third place earlier in the day during the first sprint race, but was handed a five-second penalty for leaving the track and gaining an advantage at the start. 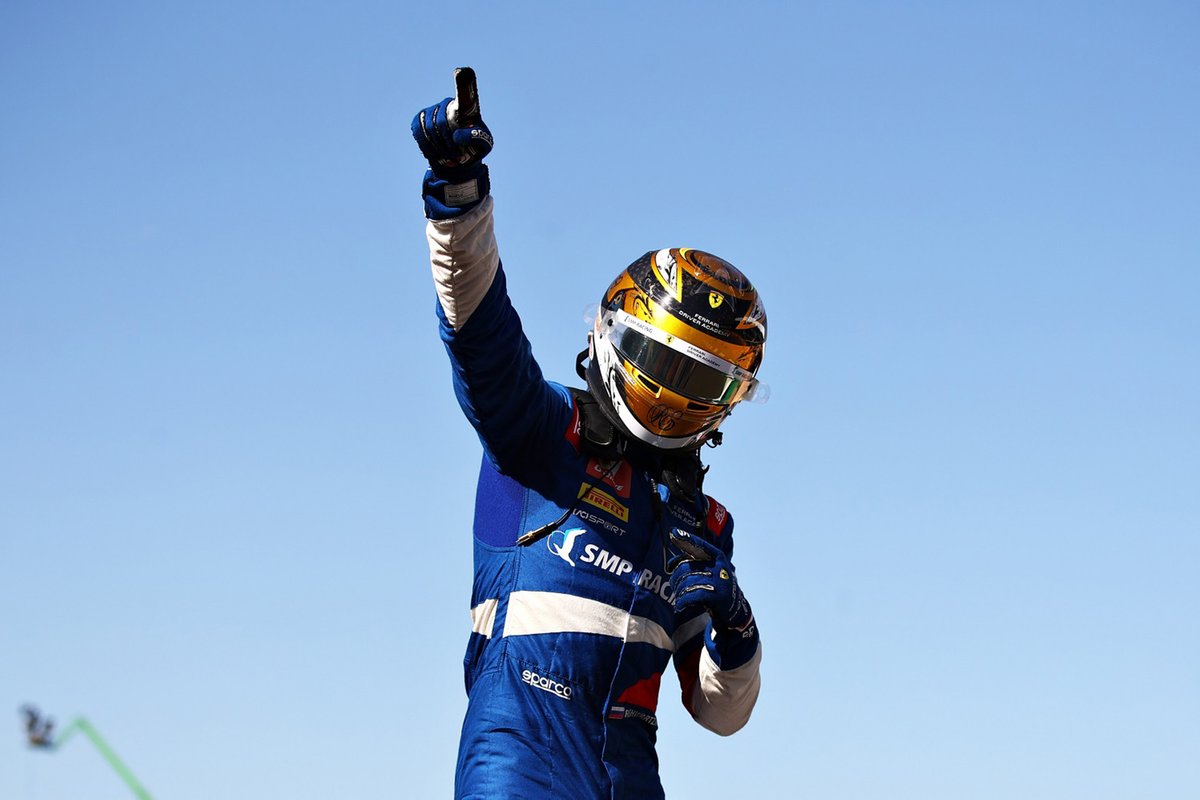 The penalty dropped him from third to sixth, but despite redeeming himself in the second race, Shwartzman remarked that it didn't make up for his earlier disappointment.

Describing the “slight mistake at the start” of the first race, he said: “It's just so unfortunate because at the end I didn't gain anything.

“We were fighting so much for the podium, and then to sort of lose it... it was a bit disappointing, but I knew the pace was really good.

“The car felt good and I just wanted to repeat my drive and get back on the podium.”

Despite his strong performances for Prema both this year and last year, where he finished fourth in the drivers standings, Shwartzman’s name has been notably absent from the paddock rumours over the second Alfa Romeo seat for 2022.

Piastri too has admitted that his F1 chances for 2022 appear “very slim”.

Asked if he was surprised not to be mentioned in relation to the seat, Shwartzman said he still didn’t have the results to demonstrate his worth.

“Surprised or not surprised, doesn’t really matter in my opinion,” he said.

“At this stage I still don’t have enough results or some sort of clear saying where I can say ‘look guys, I’m winning, I have a huge gap and why are you not talking about me?’

“I still need to learn and improve myself in Formula 2. I have this second half [of the season] to do that. So at this stage, where I can improve myself, then I will think a bit more about Formula 1.

“My target is just to do my best in Formula 2, get the best result as possible, get the championship and after that we’ll see what’s going to happen.”