Jehan Daruvala took a controlled first FIA Formula 2 win of the season in another action-packed sprint race at Monza.

Starting second on the grid, the Carlin driver took the lead into the first chicane and was never headed thereafter, reaching the chequered flag six seconds ahead of Trident's Bent Viscaal to score his first win since the final round of 2020 in Sakhir.

Second marked Viscaal's best result to date in his rookie F2 campaign, while second-year Prema driver Robert Shwartzman made up for losing out on a race one podium to a post-race time penalty with a strong drive to third.

Liam Lawson took fourth for Hitech, as polesitter David Beckmann slipped back to fifth late on.

Daruvala immediately jumped ahead of series returnee Beckmann - who is replacing Matteo Nannini at Campos Racing for this weekend - at the start, the leading pair pursued by Viscaal and Juri Vips (Hitech), while, further back, race-one podium finisher Christian Lundgaard spun his ART machine at the second chicane.

The race was interrupted by a virtual safety car deployed from laps three to five after HWA Racelab team-mates Jake Hughes and Alessio Deledda collided in the battle for 13th at Turn 1, ending Hughes’ race. Seconds later, Charouz’s Guilherme Samaia lost power at the pitlane entry while attempting to crawl back to the garage.

Daruvala escaped after the restart, as Beckmann began to come under pressure from Viscaal. Eventually that pressure told on lap 19 of 21 as Beckmann ran deep into the escape road at the first chicane.

Beckmann took defensive action when rejoining, a move noted by the stewards as an unsafe rejoin, and briefly tussled with Viscaal before the Dutchman made it through.

On the penultimate lap, Shwartzman stole third from Beckmann into the Ascari chicane before Lawson also moved past - Beckmann ending up just three tenths ahead of Vips at the flag. 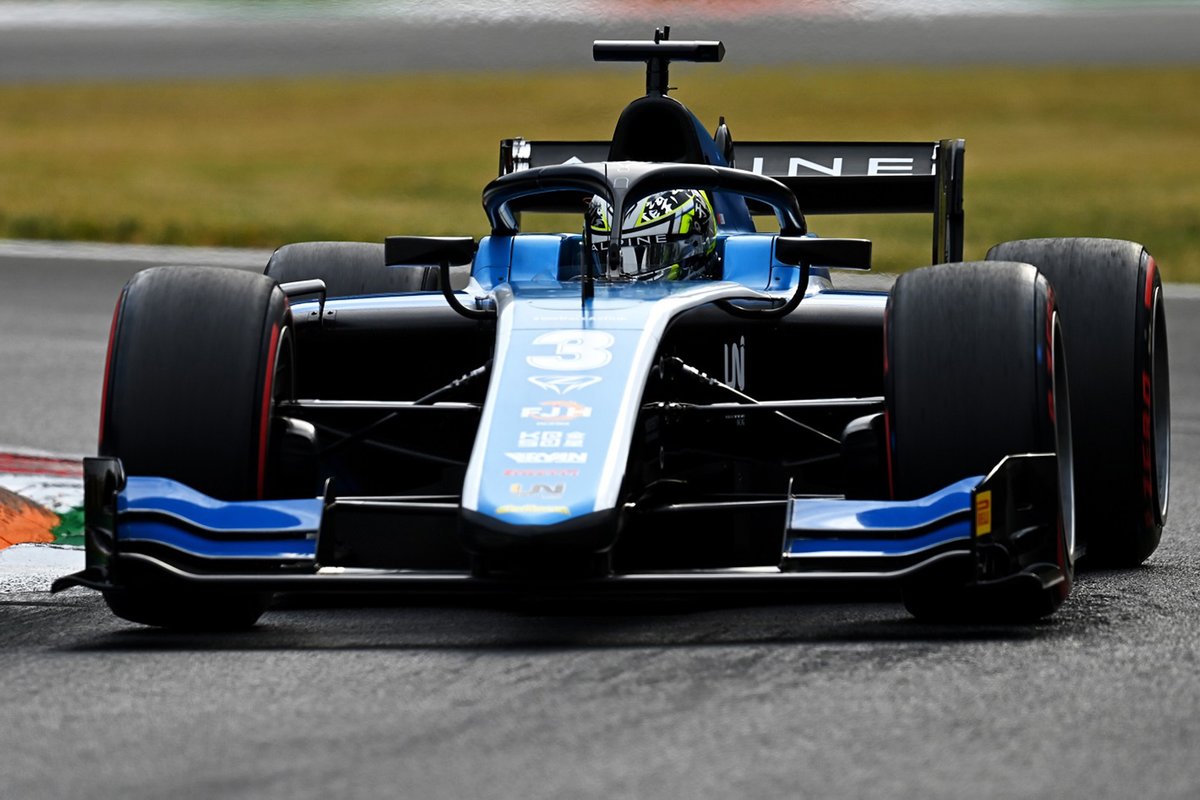 After being passed by race one winner Theo Pourchaire on lap three, Piastri regained seventh place on lap 14. Zhou then piled the pressure on Pourchaire and was rewarded with eighth place when the ART driver locked up on lap 17.