Leclerc, who also topped the day's earlier practice session in Austria, initially headed the times after the field had completed their first qualifying runs on super-soft Pirelli tyres in the 30-minute session.

After a long gap of little action as the clouds grew darker over the circuit, the pack emerged and a flurry of improvements took place.

Sette Camara improved his personal best to grab top spot from ART Grand Prix's Alexander Albon - who is racing with a broken right collarbone this weekend - before Leclerc put in a lap of 1m13.396s to seize his fifth F2 pole of 2017 by 0.3 seconds.

Albon wound up fourth in his first qualifying session since the Monaco round in May, with British driver Oliver Rowland - who is second in the drivers' championship - fifth for DAMS.

Norman Nato rounded out the top 10 for Arden International. 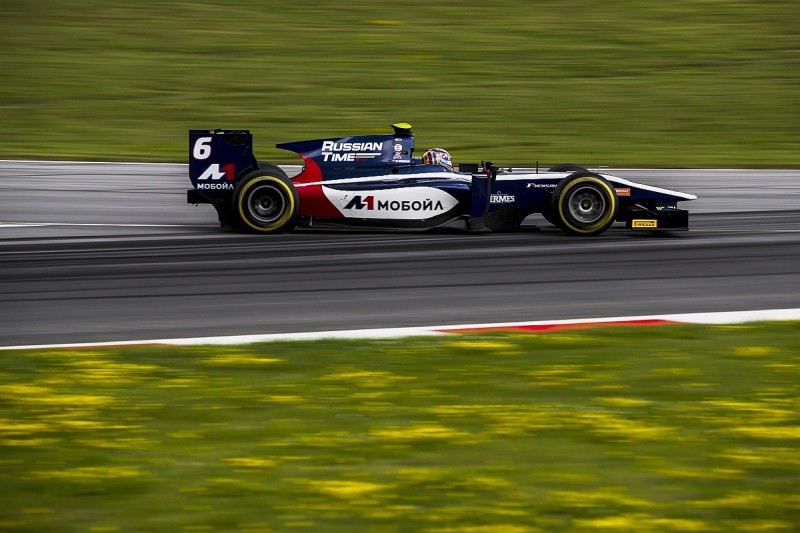 Bahrain feature race winner Artem Markelov, who is third in the points standings, ended up 15th.

The Russian Time driver had set a personal best first sector on his final lap in the closing moments of the session but was forced to abandon it after Sette Camara beached his car in the gravel trap on the exit of the fast Turn 8 right-hander.

Series-returnee Raffaele Marciello - the only driver to run during the long quiet spell in the middle of the session - finished 17th in his first qualifying session back in the F1 support series.