The ART Grand Prix driver finished eighth quickest in practice for the Austrian round of the F2 championship at the Red Bull Ring.

The 45-minute session was Albon's first appearance since breaking his right collarbone in a mountain bike training accident on June 10.

He subsequently missed the two F2 races in Baku where he was replaced by Renault F1 reserve driver, and former ART GP2 racer, Sergey Sirotkin.

"It hasn't felt bad at all," Albon told Autosport.

"I think the only corners where I can feel it a little bit is Turn 6 and 7 - the two lefts." 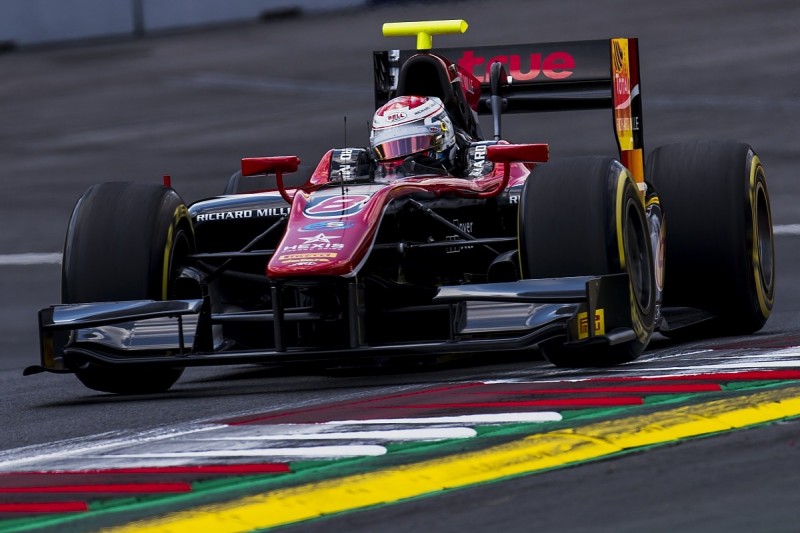 The 21-year-old confirmed that the bone was still "clearly broken" following an x-ray on Tuesday, and explained that the main issue he is having in the car as a result of the injury is a numbing feeling from the scar he received during successful surgery after the crash.

"It feels weird because it's not the bone, it's the scar," he said.

"There's no feeling really, it's a numbish feeling.

"It's uncomfortable but when it's hot it feels less and less sensitive.

"The hotter it gets, the better - the more laps I do it kind of disappears a little bit.

"The only time I feel it is when we come in and do a set-up [change], or anything, and then I come out again and the first out-lap is a bit cold."

Albon, who said he was "excited to get going" in racing action after missing the Baku event, added that the position of the injury was also causing him problems with neck strength.

"As well as broken bones it's just pure strength," he said.

"So that's why in [Turns] 6-7 it's kind of just holding on, as that side of neck is contracted.

"But it's a lot better than I expected it to be."