Several drivers - including Leclerc - had off-track moments on the short but high-speed circuit.

The Monegasque racer's came in the final five minutes of the session when he locked his left-front and then right-front wheels at the downhill Turn 4 right-hander.

Leclerc skated across the gravel trap but was able to stop his car just in front of the barriers before rejoining via an escape road.

Nicholas Latifi finished fourth-fastest ahead of his DAMS team-mate Oliver Rowland, who enters the weekend second in the points.

Sergio Canamasas was sixth in his first appearance for the Rapax squad, and was among the contingent of drivers to lock up heavily under braking for the tight uphill right-hander of Turn 3. 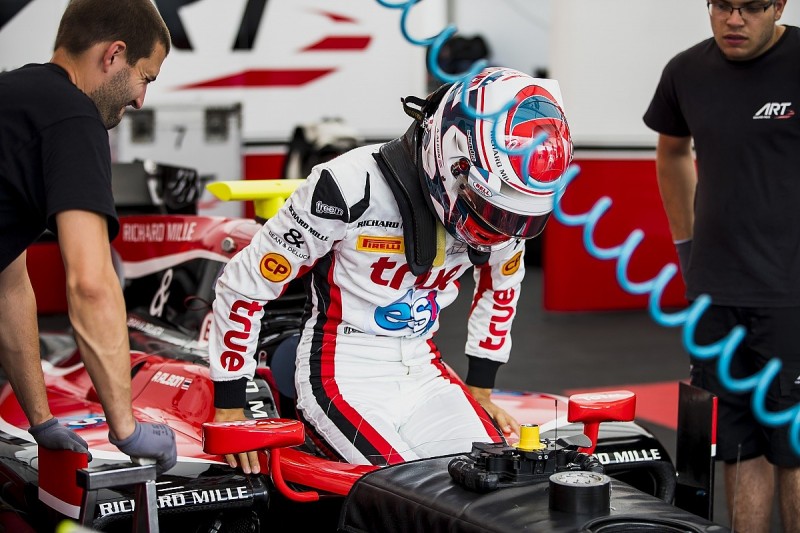 Nobuharu Matsushita finished seventh for ART Grand Prix, just in front of his team-mate Alexander Albon, who is making his return to F2 competition after missing the previous round in Baku after he fractured his collarbone in a mountain biking accident.

Raffaele Marciello, who is making his return to the F1 support series for the Trident team, finished practice in 17th place.

The session was brought to an early end when Sergio Sette Camara stopped his MP Motorsport car at the entrance to the pitlane.

That caused the virtual safety car to be deployed, moments before the heavens opened as the drivers practiced their starting procedures.