The main issue with the F2 2018 - powered by a Mecachrome V6 turbo, with bigger front and rear wings and the halo - has been the clutch, with the number of drivers stalling on the grid reaching double figures after two race weekends.

Markelov's Russian Time-run car has been one of the worst hit by other problems though, with electrical troubles hampering his practice running in Bahrain, and engine dramas affecting him in both races in Baku.

"We're hoping that Mecachrome can fix the engine that failed in two races, and hoping that they'll do something to move forward, rather than move backwards, which is what they've done this year," said Markelov, who was runner up to Charles Leclerc in the championship last year.

"I said it in the beginning of the year, that the car would be struggling this year, and that there was no escaping it.

"And instead of testing it for another year and only then approving it for racing, to avoid any problems, they ran it a couple of times and decided 'yeah, it's race-ready, everything will be fine'."

Russian Time boss Svetlana Strelnikova added that Markelov's team-mate, Tadasuke Makino, was 10kph down on his rivals during the Baku sprint race.

"That was difficult," said Makino after the race. "Because, although the car felt good and I was very competitive in the tight city section, the low-down power delivery was not good and my top speed was also way down on my rivals." 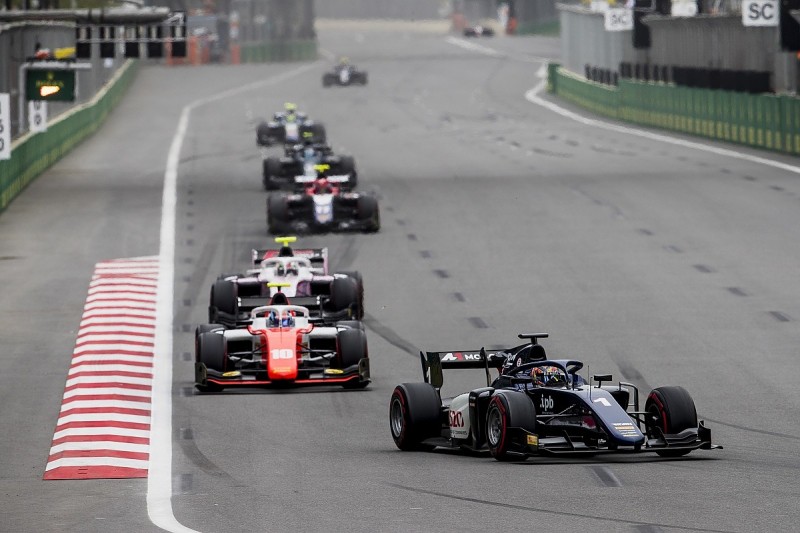 Despite Markelov's claims, engine troubles have been far less impactful than the clutch problems so far, although a small number of drivers have suffered electrical difficulties which have caused a lack of power.

DAMS driver and Baku feature race winner Alex Albon, in his second year in the series, said he understood Markelov's frustration but backed F2 and Mecachrome to get to the bottom of it.

"We just want it to be pure racing," he said. "It is single-make so there's no competition in terms of engine manufacturers or cars, we just want everything to run smoothly and the quickest guy wins each race.

"At the minute, it's more about who's on top of reliability most, for someone like Artem it's completely out of his control. It must suck for him, to be honest.

"It's a shame, it's the last thing any of us want in the paddock is for the championship to be decided on failures."

F2 is set to test one of its cars this week in a bid to improve its start procedure. The fix is expected to come from a change to the car's ECU mapping, with drivers told an improvement will be found in time for the next races at Barcelona.

Albon: Racing against F1 juniors in F2 proves my worth as a driver