Nicholas Latifi - the last sprint winner at Spa - got a brilliant start to lead from fourth on the grid as Russell moved up to second from fifth.

But despite completing the move he braked too late and locked up, leaping the sausage curbs on the inside of the first turn.

That allowed Latifi back past and then one lap later, Artem Markelov passed Latifi for the lead.

But after Russell had despatched Latifi near the halfway point, he set about reeling in Markelov.

Then Markelov - not yet under any pressure from Russell - locked up at the first corner and had to use the escape road, which allowed Russell to catch and pass at the Curva Grande in a committed move.

It was then a case of holding the gap ahead of Markelov, edging away from DRS range to seal a brilliant win. 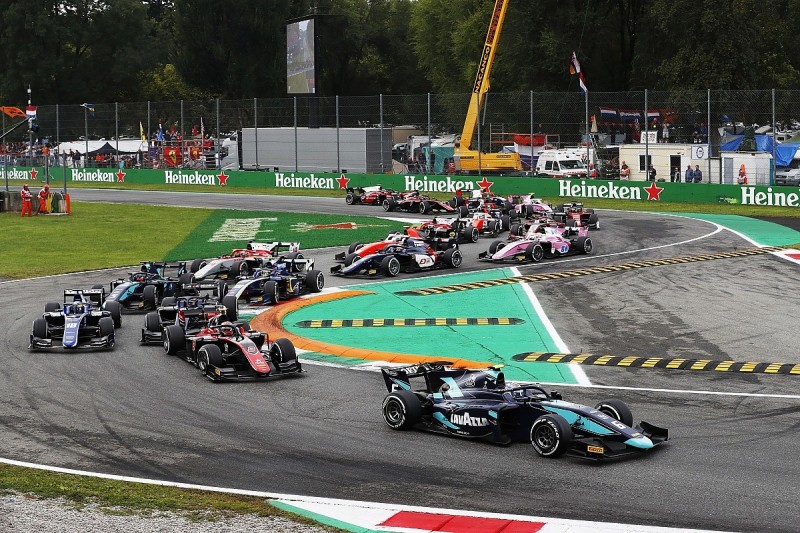 Norris was swamped in the first chicane at the start and ended the lap eighth, but worked past a number of drivers quickly.

After passing Ghiotto for sixth on lap six of 21, Norris erased a 2.3-second deficit to Alexander Albon to take fifth. The move was made easier as Albon hit gearbox trouble on the lap Norris got past.

But despite closing to within a second, he couldn't pass Latifi for a second race in a row, and now trails Russell by 22 points in the championship.

It was still an excellent weekend from the Brazilian. A mechanical issue meant he had to start from the pits in the feature race, where he drove back to seventh, and he lost spots from second at the start in the Sunday sprint.

He was arguably the fastest driver in both races and scored the podium ahead of Latifi and Norris.

Ghiotto took sixth at his home event, while Dorian Boccolacci ended a torrid run of problems over his first two F2 weekends with MP Motorsport in seventh.

Jack Aitken took the last point after he rebounded brilliantly from a puncture in Saturday's feature.

Arjun Maini and Antonio Fuoco - from the pitlane after a disqualification - rounded out the top 10.