Leclerc, racing on his home streets for the first time in his career, set a best lap of 1m19.722s with just under 10 minutes of the 45-minute practice session remaining.

The majority of the field set their fastest laps using the super-soft tyres towards the end of practice after completing the early running on the soft rubber.

Canamasas topped the times after those initial laps had been completed - he survived clipping the barriers at the exit of Portier on the run into the tunnel a third of the way into the session - and improved his fastest time when he switched to the super-softs.

But the Trident driver - who has started 94 GP2/F2 races in his career - wound up 0.139s adrift of championship leader Leclerc when the 19-year-old completed his own super-soft run a few moments later. 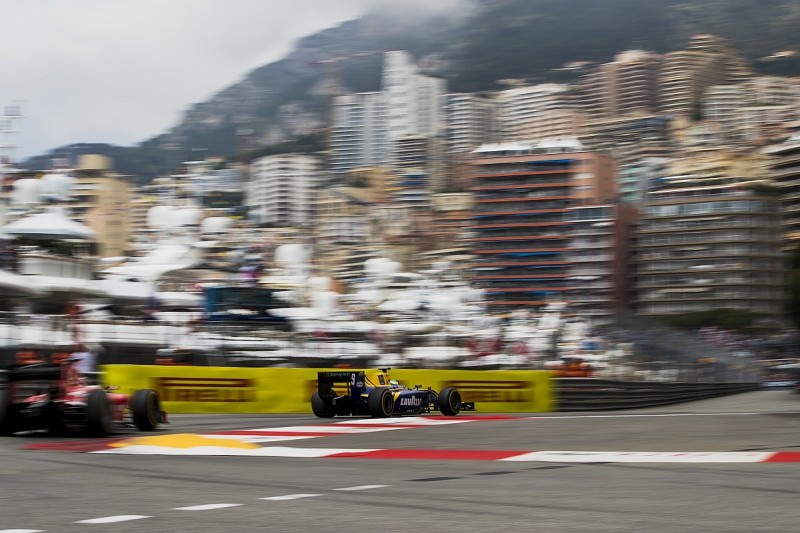 DAMS driver Oliver Rowland, who also enjoyed a spell at the top of the times early on shortly after he had waved at Leclerc in frustration when he came across the Prema Racing driver going slowly through the Swimming Pool section of the lap, ended up third fastest ahead of Arden racer Norman Nato.

Alexander Albon was fifth for ART Grand Prix, in front of Russian Time's Luca Ghiotto and McLaren F1 junior driver Nyck de Vries, who was the first driver to sample to the super-soft rubber entering the closing stages of the session.

Artem Markelov - winner of a chaotic GP2 feature race in Monaco in 2016 - was eighth, as Nicholas Latifi and Johnny Cecotto rounded out the top 10.

Jordan King finished 11th for MP Motorsport, and the Briton was one of two drivers who misjudged their braking for Sainte Devote and had to take to the escape road.

The other was Campos Racing's new F2 signing Robert Visoiu, who locked up and went off at the right-hander early on in the session.

In a session that was characterised by drivers struggling to find space in the traffic, the only contact came when Nabil Jeffri hit the rear of Sergio Sette Camara's MP Motorsport car under braking for the chicane at the exit of the tunnel.