The new Formula 2 car for 2018 will feature the same aggressive styling as the current generation of Formula 1 machines, but will not be powered by a hybrid engine

The former GP2 series - now under the FIA's regulatory control - is scheduled to implement its first new car since 2011 next season.

F2 series boss Bruno Michel explained that while the new car would be built using some of the same parts as the current model, its aesthetics would be based on the look adopted by F1 for the 2017 season.

"We're trying to keep as many common parts from this car as possible to save money for the teams because costs are very important at the moment," he told Autosport.

"But the car is going to look completely different - it's going to have the same type of look as F1."

Michel confirmed that the new F2 car's engine would be built by Mecachrome, which produces the six cylinder 3.4-litre power plant used in GP3.

It will share a design base with the engine used in the third-tier single-seater series.

But while the F2 version will be turbocharged and produce more power than the normally aspirated GP3 engine, it will not feature the hybrid systems that are used in F1 on cost grounds.

"Now it has been completely designed we are in the process of having prototype parts done with an objective of having the first assembly of the car sometime in June and starting to test it mid-July," said Michel.

"The engine is now doing a lot of dyno endurance and stuff like that and we're on time." 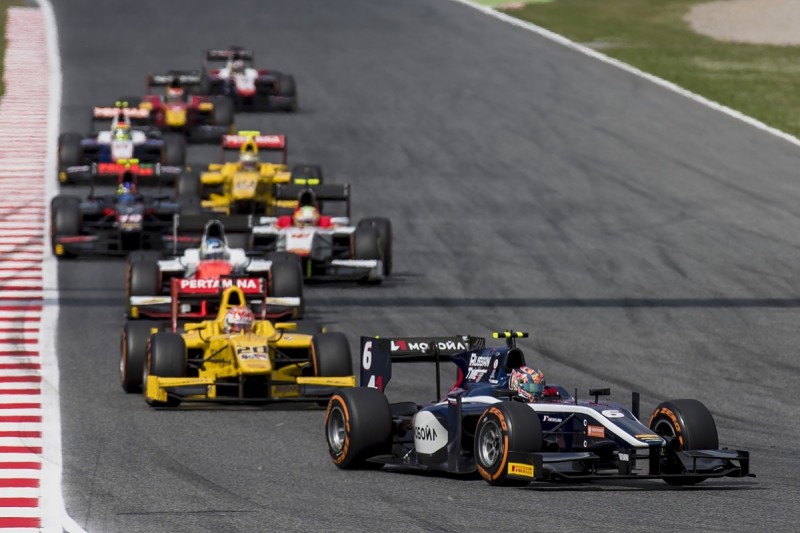 Michel added that F2 will retain degradable tyres, which have been a notable feature in the series in recent years, for its 2018 car.

When asked if using degrading tyres was unfair on up-and-coming drivers as sensitive rubber requires them to perfect the art of tyre management, Michel argued it was a skill all racers should learn.

"We are asking for a certain type of degradation from Pirelli to make sure that we do races that are very entertaining," he said.

"The F2 [sprint] race in Bahrain - it was absolutely amazing and that's exactly what we want to achieve.

"This kind of degradation is between two-and-a-half and three seconds over a lap between the start of the race and the end.

"If possible - like we had in Bahrain - the degradation will go quite slowly and then suddenly a massive drop.

"That makes fantastic racing and that also makes drivers learn how to work with the tyres as well, so ideally that's what we want.

"I don't think it's unfair - it's a learning curve - they have to learn to race with the material that they have."