Norris first raced for Carlin in 2015 when he won MSA Formula (now British F4), before contesting a half-season in BRDC British Formula 3 in '16 - the same year in which he won the Formula Renault Eurocup and NEC titles with Josef Kaufmann Racing.

He then rejoined Carlin full-time in 2017 in the Formula 3 European Championship, which he won, and helped the outfit to this year's F2 teams' title, taking nine podiums on his way to second in the drivers' standings. 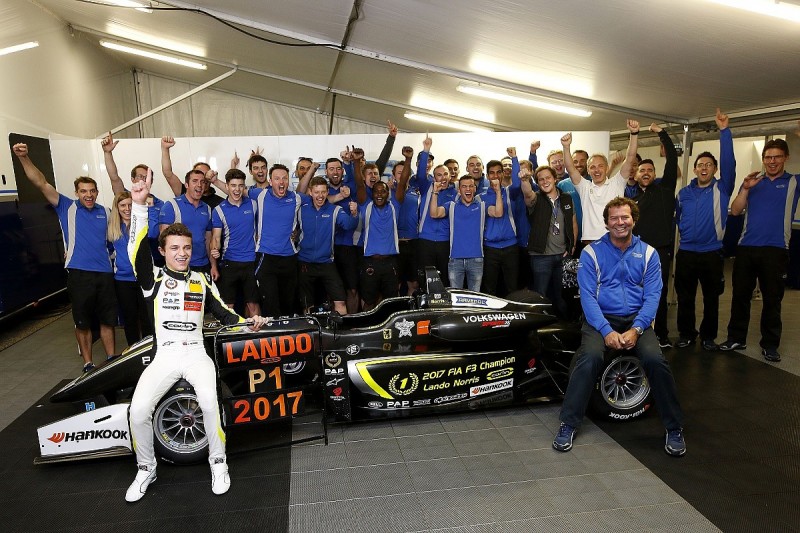 "I have to say a massive thank you to them [Carlin] for the years we've had," said Norris.

"It would have been nice to win the drivers' [title] but it doesn't always go to plan.

"It hasn't been easy but we've been there consistently. It's good for my ending with the team, to win."

"To win the highest level of European championship outside Formula 1 is a very good step and prove we've still got it," he said.

The Abu Dhabi F2 season finale was a weekend of varying fortunes for Carlin's two drivers.

Norris was fifth in the feature race - having run ahead of eventual second-place finisher Artem Markelov before dropping back as his car's set-up proved difficult - and was runner-up in the sprint race to seal second overall. 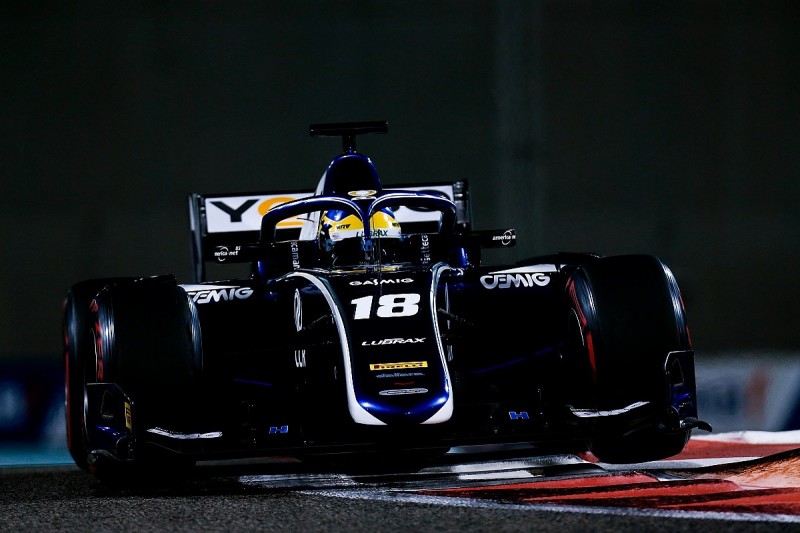 Sergio Sette Camara - who has joined Norris in the McLaren fold as a simulator and test driver - endured a difficult campaign that was affected by bad luck, poor reliability and team mistakes, with his sixth place in the standings belying his pace relative to Norris.

He stalled in both Yas Marina races, fighting back to 10th in the sprint race from last.

Sette Camara, who completed his second season in F2 after racing for MP Motorsport in 2017, will join DAMS for this week's post-Abu Dhabi F2 test.

While he was hopeful that opportunity will lead to a drive with the French squad next year, the 20-year-old said he was disappointed to be leaving Carlin.

"I love Carlin, they gave me great opportunities, from one side I feel bad I'm leaving them," Sette Camara told Autosport.

"But on the other side I'm really excited to be working with a team like DAMS.

"Of course I don't know them all yet but they are really professional, I've been admiring their results and their hard work since I came into the championship. They are always up there."