The Hitech driver was penalised for making contact with Liam Lawson at Turn 4 on lap 13, with Vips spinning the Carlin driver, who was forced to make a pitstop for a front wing change.

But following the race, which was won by Jehan Daruvala, stewards said the penalty was “due to an administrative error” and apologised to the driver and team.

They said he should have been given a 10-second penalty rather than the 10-second stop-and-go penalty.

The document said: “Due to an administrative error a 10 second stop and go penalty was shown on the timing screen from Race Control.

“The Team correctly served the erroneous penalty as posted before it could be corrected.

“There is no mechanism to fix this error and an apology is offered to the driver and team.”

Vips was dropped to 13th by the penalty, but finished the race in 11th place, with Lawson finishing 14th after pitting.

The document added: “Having considered the matter extensively, the Stewards determined that Car 8 was attempting a pass on the inside of Car 5 into Turn 4.

“Car 5 appeared to give adequate room to Car 8. Car 8 locked his inside wheel under breaking and made contact with the rear wheel of Car 5 just after the apex causing a collision and Car 5 to spin.

“Car 8 is judged solely at fault for the incident and the standard penalty of 10 seconds applied.” 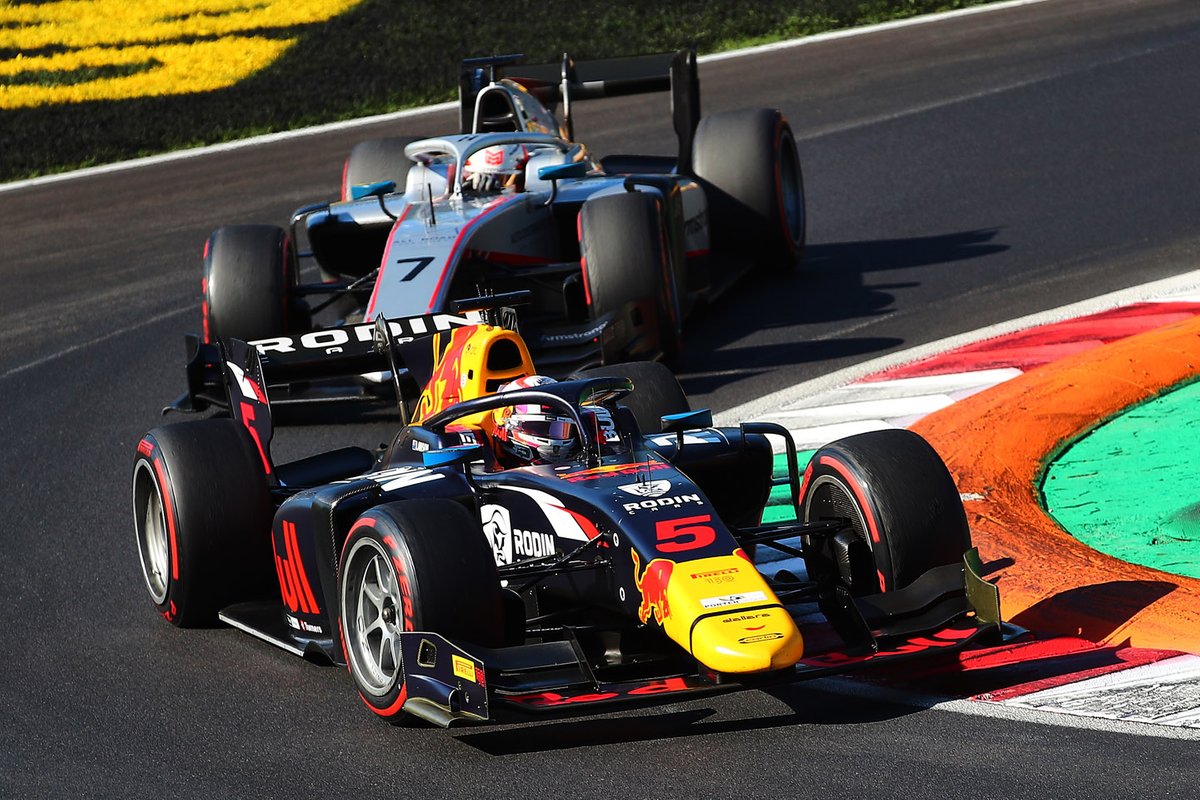 Team principal Oliver Oakes told Autosport: “It unfortunately sums up this weekend [across both series] there was a lot of mistakes made on that part which just simply cannot happen at the level we are racing, it was very amateur.

“I hope a few lessons will be learnt for the future as this season it has been a frustration (with revolving stewards) each weekend comes different takes on situations, which induces inconsistencies.

“The championship level is so high from a competition level and how it is run by the promoter, you cannot have things like that coming into play.

“It has unfortunately highlighted some inexperience with the changes made for this season, hopefully it will be improved.”

Elsewhere, Ralph Boschung has been handed a three-place grid penalty for the Abu Dhabi sprint race after he made contact with Theo Pourchaire at Turn 2.

The Campos driver had cut the apex of the corner and hit Pourchaire as he rejoined, sending him spearing into the barrier on the way into Curve Grande as the Frenchman’s ART machine was sent into a spin.