At the start of 2022, most people would have predicted Theo Pourchaire would win the FIA Formula 2 title. A long-time Sauber Academy member, the Frenchman was preparing for his second season with ART, having finished fifth in his rookie campaign and become the youngest-ever F2 race winner in the process.

But those people had not accounted for a Brazilian underdog who had long shown flashes of brilliance. Though few would have named Felipe Drugovich as the heir to Oscar Piastri’s crown, the MP Motorsport driver, entering his third season in the series, had always shown strong pace.

With three wins and eight podiums to his name across his first two campaigns, Drugovich had quietly improved, despite a disappointing 2021 season with Virtuosi where he failed to score a single win and finished eighth in the standings.

It was his return to MP that proved the key factor, despite the team having never finished higher than sixth in the teams’ championship in F2’s modern era. Something had clicked between team and driver, and with his Virtuosi campaign having proved underwhelming, they reunited for a bid to finally take the title, Drugovich’s engineer telling him at the end of 2021 it was their only goal.

Win, they did – in spectacular fashion. A thrilling season featured Drugovich claim five wins and a further four podiums in an enthralling year-long battle with Pourchaire. The pair exchanged the lead several times in the early stages, but doing the double in Barcelona while Pourchaire scored just eight points gave Drugovich a 26-point lead.

The gap was up to 39 following the French round, and a strong showing at Zandvoort, where Pourchaire crashed out of qualifying, meant that lead grew to 69 points. From there, Drugovich was unstoppable. 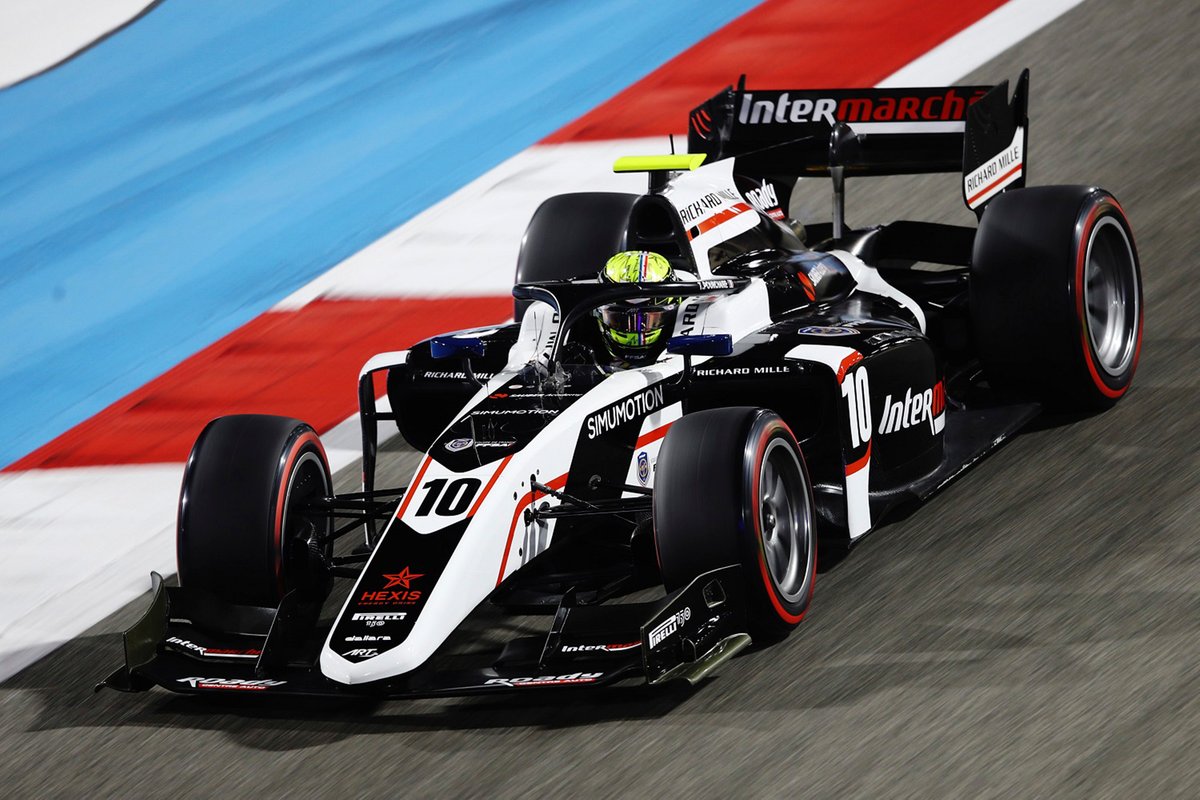 Pourchaire was firmly in the title mix to begin with, before inconsistency set in

Watching from the Monza pitlane after he was forced to retire from the sprint race, Drugovich observed as his rival’s luck went from bad to worse, with Pourchaire finishing the race last after contact and a penalty, and it was enough to seal him the title with three races remaining.

Sat in the press conference room at Monza on Saturday, draped in a Brazilian flag, the impact of Drugovich’s win was still to sink in. Though it was not how he expected to claim the title, it was made no less sweet by the circumstances.

“I think it takes a bit of time to sink in, then you actually realise you're the champion,” he told journalists.

“When you start, you always have a dream of being in F1, but then going through you realise how difficult it is to be an F2 champion as well, which is everything you can do to match that dream, and it suddenly it becomes a dream to be an F2 champion.

“Obviously, you start thinking about it very early in the championship. You try not to but, when you actually realise you can get it, it's something really special. I think it was around Spa when I got a gap again - then I really thought that it was possible” Felipe Drugovich

“Since a kid I was already dreaming about this moment. It's such an unreal feeling to be here.

“It was for sure not how I expected it. At the beginning, I was a little bit nervous because Theo was making up some positions. In the end, we figured out it was quite difficult for him to go up the order and the feeling was the same as if I'd been in the car.

“It's just something unreal and I think I'm going to really enjoy this for a long time.” 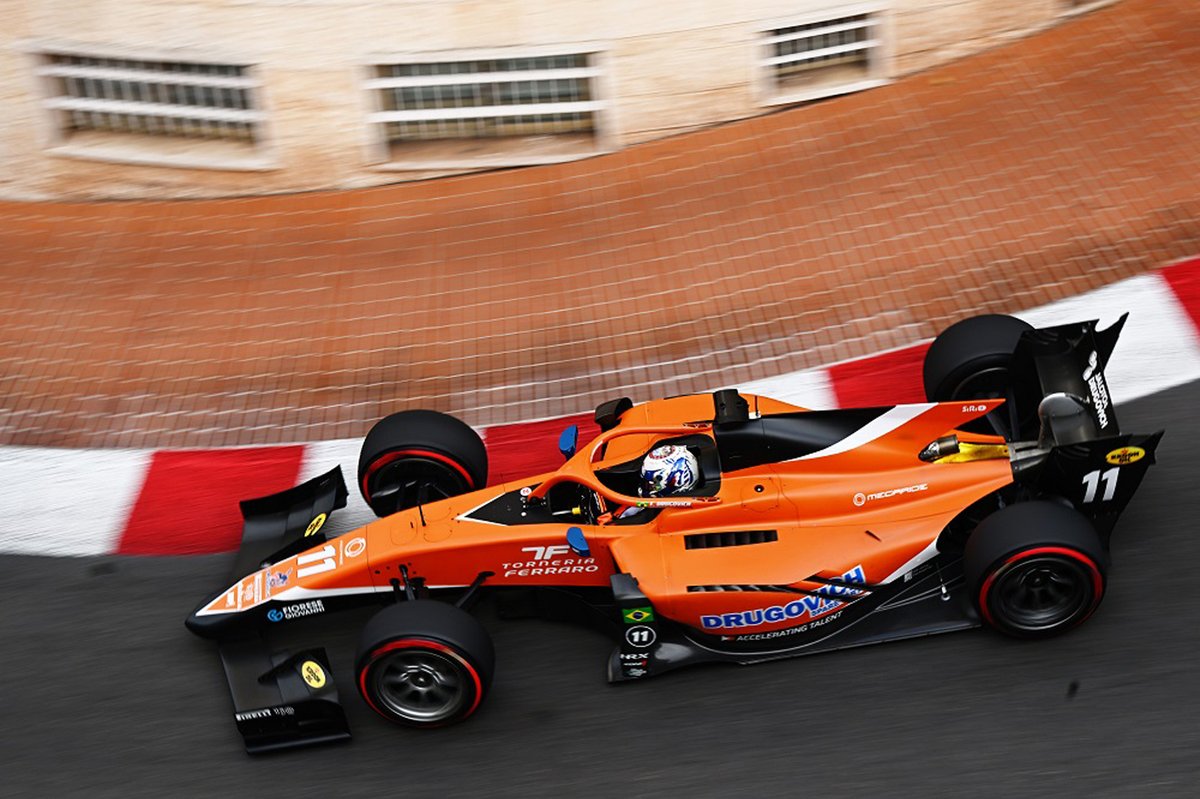 Repeatedly, Drugovich, as many drivers do, had told journalists he wasn’t thinking about the title. But it was at Spa where he began to see his chances.

The start of the post-summer break triple-header marked a final charge towards the end of the season, and the 22-year-old seized the moment, taking 25 points at a round where Pourchaire snared just three. A comfortable pole position enabled him to lead the pack into the feature race and, despite finishing second to Jack Doohan, Drugovich extended his points lead.

“Obviously, you start thinking about it very early in the championship,” he said. “You try not to, but I think when you actually realise you can get it, it's something really special.

“I think it was around Spa when I got a gap again and I saw that we had come back from the break very well. Then I really thought that it was possible.

“Even though it was already almost the end of the championship, the 11th round, I think there I really started to think about it.”

Drugovich credits his team, and the atmosphere within it, for much of his success, saying he has “really enjoyed it, probably the best year I’ve ever had”. 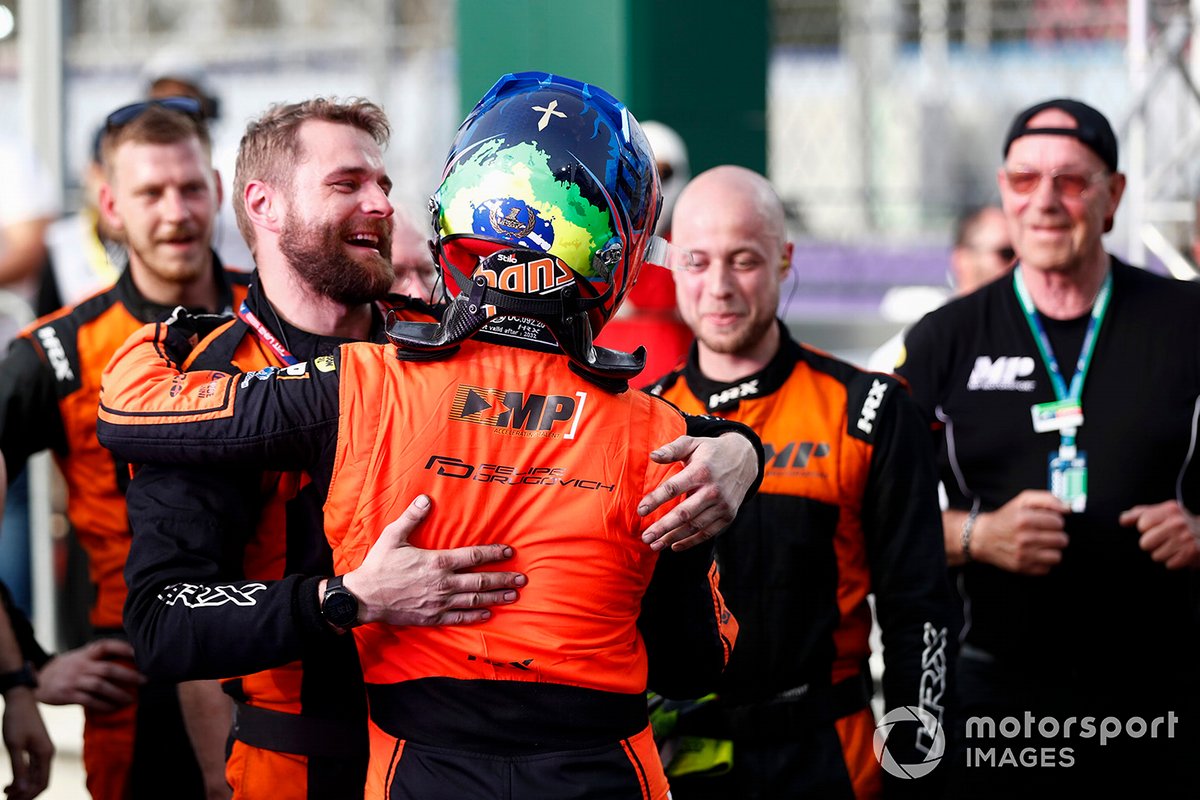 Led by Sander Dorsman, the Dutch outfit has enjoyed much success in Spanish F4, winning five of the last six titles, and has also had strong results in the Formula Renault Eurocup in recent years. But this is the squad's biggest result yet, and Drugovich says the team's commitment was crucial.

“I think they helped me a lot by being extremely committed this year,” he said. “I think they really took it obviously very seriously but with a lot of passion, and that’s something I really appreciate.

“I struggled a little bit in the tough moments. I only wanted to win all the time and lost a lot of points because of that and I think that’s really helped me to be ready now. I feel like a totally different driver and just a lot better” Felipe Drugovich

“I think they were really focused on getting this title, one of the things my engineer said to me at the end of last year was if you come to me, there’s one thing we need to do and it’s win the championship and that’s it, there’s nothing else. I think I really helped them win it.

“My experience from last year also helped them improve the car and be consistent, I think something we really missed in 2020 was being consistent and we really pushed on for them to be consistent. If you do a practice and you realise you’re not strong at that track, you need to do something, anything, just to be quick in quali and save the weekend. That’s something we’ve done this year.”

Though he has secured the drivers’ title, the campaign for MP's first F2 teams’ trophy continues, and he says his crew “just need to go for it. From my side, I’ve got nothing to lose anymore, but also I need to think about the team and bring the points home because they really deserve it as well.” 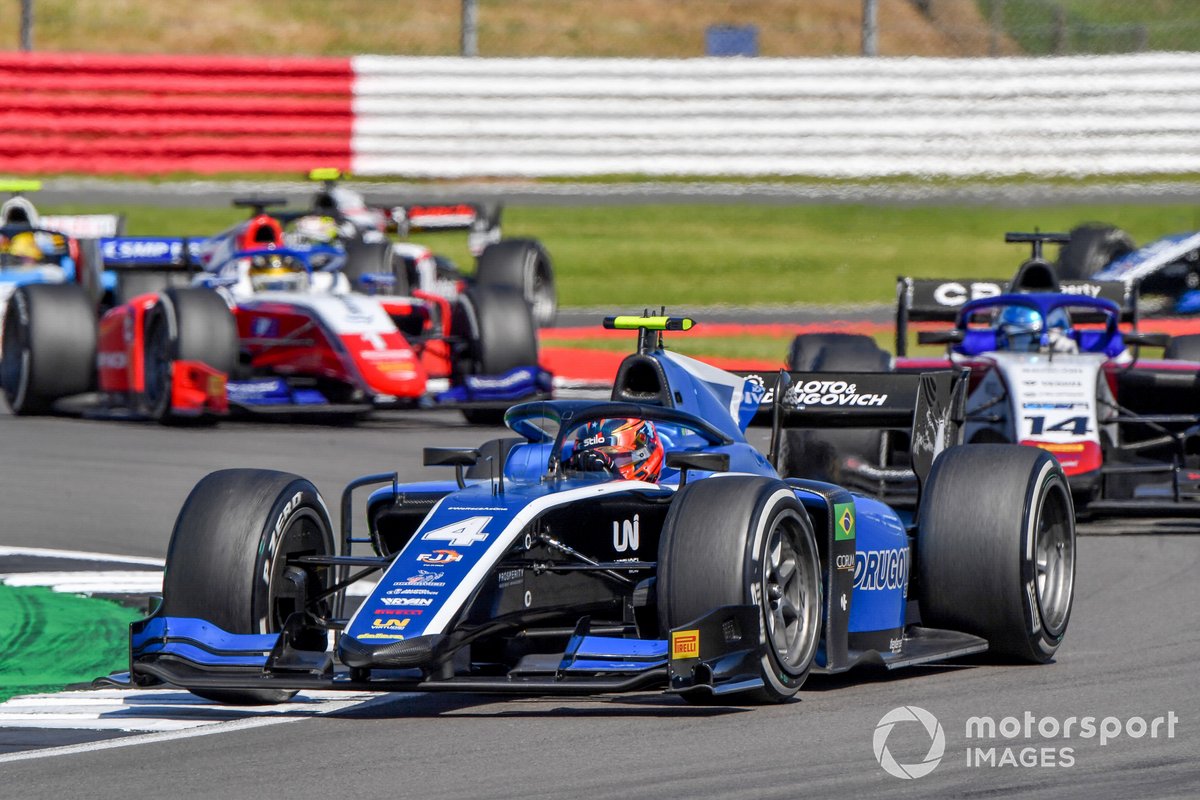 After a tricky 2021 campaign with Virtuosi, Drugovich wasn't expecting to be back in F2 this year

Drugovich freely admits continuing in F2 wasn’t on the cards for 2022, but now says persisting was the best decision of his career so far. He also says that last year he “wasn’t completely ready, especially mentally”.

He added: “I think I struggled a little bit in the tough moments. I only wanted to win all the time and lost a lot of points because of that and I think that’s really helped me to be ready now. I feel like a totally different driver and just a lot better.”

Drugovich is also his country's first second-tier champion since Bruno Junqueira won F3000 in 2000, and says there are “a lot of people cheering, especially because there's no Brazilian in F1.

“I think if you go down the ladder, I'm the first one that they can pick and it's special to get the job done for them. They're really missing someone in F1 and, hopefully, I can be there one day to represent the country.”

That dream now looks a little closer to reality, with Drugovich named the first member of Aston Martin’s driver development programme less than 48 hours after sealing the title. He will be the team’s reserve driver for 2023, and is set to make his first Formula 1 outing in FP1 at the Abu Dhabi Grand Prix.

Though the lack of race seat for such a deserving candidate seems disappointing, at least Drugovich has one foot in the door towards achieving his biggest dream yet. 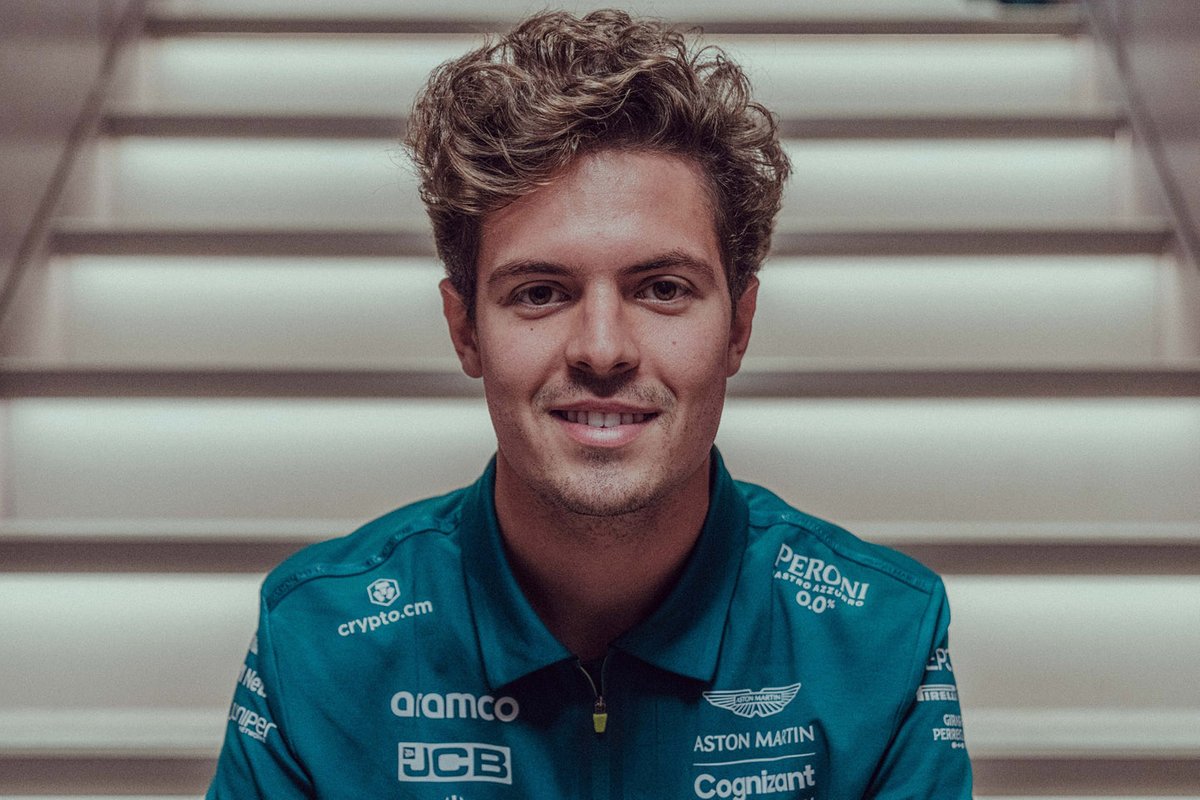 Drugovich has been rewarded with an Aston Martin F1 reserve role

Drugovich: F2 title win "not how I expected it" after early Monza exit