Ferrari Academy driver Antonio Fuoco has lost pole position for Sunday's Formula 2 sprint race at his home event in Monza, after being disqualified from the previous day's feature opener

Fuoco took eighth after passing MP Motorsport's Ralph Boschung in the closing laps, but his Charouz Racing System-prepared car was found to have a non-compliant throttle map by scrutineers after the race.

"As this was determined to be in breach of Technical Bulletin BT 18 008, Fuoco was disqualified from the race results, in which he finished eighth.

"He will be allowed to begin tomorrow's race from the back of the field.

"Fuoco also received a five-second time penalty to his final race time prior to his disqualification, having been found to have exceeded track limits during the course of the race.

Thanks to the penalty, Luca Ghiotto has been elevated into the points while Ralph Boschung - who was last entering Turn 1 in what was a strong fightback - will now begin tomorrow's sprint race from pole position. 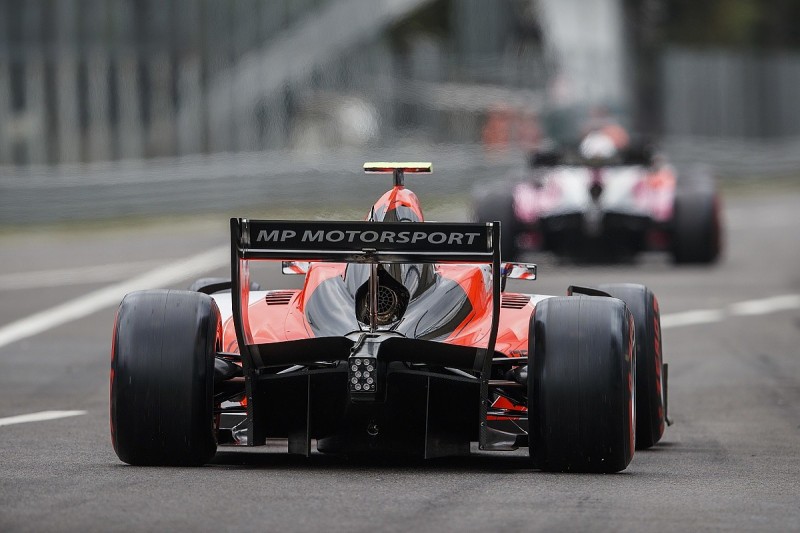 Boschung was one of only three drivers who started the race on the medium compound tyre along with team-mate Dorian Boccolacci and race-winner Tadasuke Makino.

But after switching to the softs for the last few laps, Boschung struggled to get them up to temperature and then faced a tough fight to hold on for eighth, which Fuoco eventually wrestled from him.

Fuoco's disqualification promotes Nyck de Vries into ninth. The Dutchman had won the previous two feature races - in Budapest and Spa - but had a technical problem on the formation lap after a loom had given way in practice, limiting his running. He could only qualify 11th.