The championship leader produced the goods on his final lap to post a 1m40.878s to snatch pole by 0.165s from Prema team-mate Robert Shwartzman.

ART Grand Prix’s Theo Pourchaire seemed on course for pole before Piastri and Shwartzman struck, demoting the Frenchman down to third at the chequered flag.

Piastri’s title rival Guanyu Zhou was sixth fastest, almost half a second shy of the poleman, and as a result is now 40 points behind in the championship race.

As drivers jostled for track position, the first indicative times on the super soft tyres came five minutes into the 30 minute session as Pourchaire shot to the top.

However, he was soon pipped by Ralph Boschung, Piastri and practice pacesetter Shwartzman, who posted a 1m41.747s to head the timesheets by 0.064s after the first flying laps.

Zhou could only managed a time good enough for 10th, the reversed-grid pole, some 1.3s adrift of Shwartzman.

Rookie Clement Novalak made an impressive start to his first F2 qualifying session to sit fifth behind Pourchaire after his first run.

Pourchaire made the most of his second flying lap to eclipse Shwartzman by three tenths, but the later issued an immediate response to reclaim provisional pole at the halfway mark, to pip the youngest ever F2 race winner by 0.029s.

Piastri remained third while Lundgaard jumped to fourth ahead of Felipe Drugovich, Dan Ticktum and Juri Vips, who demoted Novalak to eighth.

The field all came in for a second set of super softs ahead of their second and final runs with 10 minutes remaining.

Only Zhou and Marcus Armstrong improved on their first flyers of the run as the title contender jumped to third, while Armstrong climbed to eighth.

Hopes of a pole for Ticktum were dented after suffering a right rear puncture that required an unscheduled trip to the pits.

Zhou shaved even more time from his personal best on his second flyer to initial slot into third.

Behind, however, his rivals were also on hot laps with Pourchaire next to strike, moving into provisional pole. 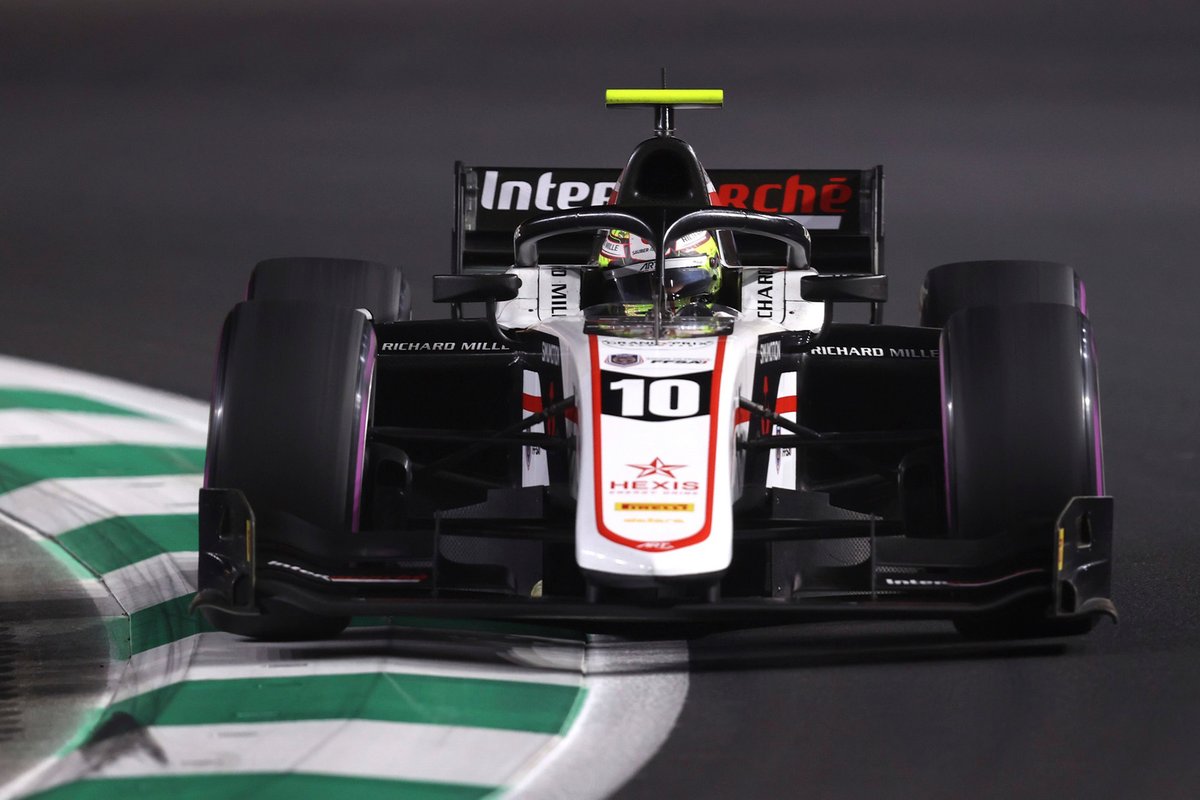 But the teenager’s joy was short-lived as Piastri denied him pole courtesy of a rapid first sector in his final lap. Shwartzman threatened to knock the Australian off pole but fell short as he crossed the line.

Boschung, Vips and Armstrong filled seventh through to ninth, while Liam Lawson rounded out the top 10 and will earn the reverse grid pole for Saturday’s opening race.

Novalak emerged as the quickest of the four F2 debutants in 12th position.