Lundgaard had been due to complete the three-day F2 test at the Bahrain circuit with ART Grand Prix, starting on Sunday.

The Dane travelled to Tenerife for a training camp, but the island has since installed strict quarantine guidelines after four cases were identified in a group of Italian tourists. As a result, Lundgaard will take no part in the test running from 1-3 March.

"Regrettably, due to a genuine force majeure situation, Danish racer Christian Lundgaard will be unable to take part in the official FIA Formula 2 tests in Bahrain," a joint statement from ART and Renault said.

"Over the past week, Christian, 18, has been participating in a winter training camp in Tenerife organised by Renault Sport Academy.

"However he has been detained on the island following an outbreak of the coronavirus in his hotel.

"Christian has been checked by medical experts and is fit and well and not displaying any symptoms of COVID-19, however the governing authorities have ruled all guests of the hotel must remain in quarantine for two weeks as a precaution against the spread of the virus.

"Renault Sport Academy, ART and Christian would like to thank you for your wishes. No further announcement will be made on this unprecedented situation."

Bahrain has implemented strict checks on those arriving in the country for F2 and Formula 3 testing from high-risk areas, resulting in long delays at the border for some. 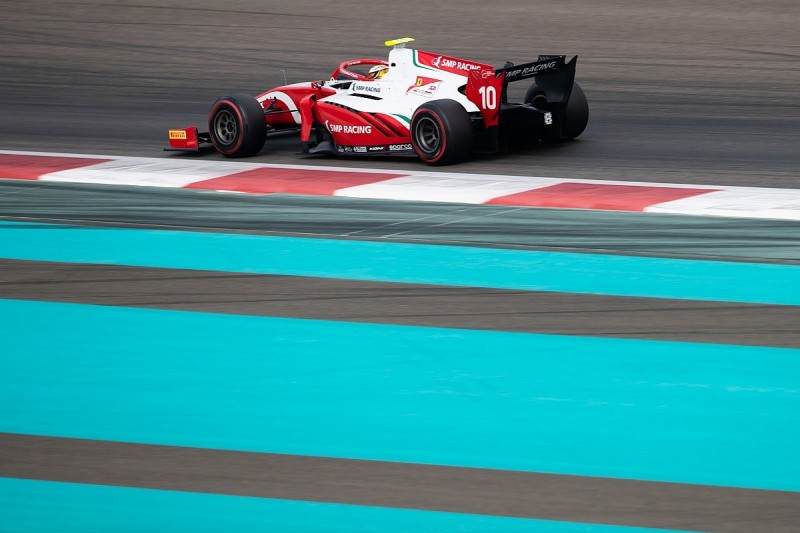 Italian team Prema Racing currently has only three team members on-site at the circuit after it was forced to change travel plans.

However, a spokesperson said the team anticipates the remainder of its personnel will arrive on Friday evening, and was full of praise for the assistance offered by track officials.

Both F2 and F3 will complete test running from 1-3 March before their opening rounds in support of the Bahrain Grand Prix on 20-22 March.

F1 teams are continuing to closely monitor the impact of the coronavirus epidemic in their preparations for the early flyaway races of the 2020 season.

Concerns have been growing about the upcoming F1 races in Australia, Bahrain and Vietnam due to the travel routes involved, with most changing plans to avoid passing through Singapore and Hong Kong.

Haas chief Gunther Steiner said the matter was being dealt with "behind close doors", adding that no large-scale meetings had been planned.

"Everything you say now could be obsolete in an hour. It's very difficult to chase," said Steiner, when asked by Autosport about communications regarding coronavirus.

"They are looking at it carefully, to keep the risk as low as possible and to make the right decision. We don't get involved in that one because we don't have the resources for that.

"The FIA have the connections with all the governments and so on.

"I think they are thoroughly making sure we are as safe as can be."

"We're just doing the best job that we can to make sure that our team is safe, and being responsible in the travel that we are doing and the numbers of people that we're taking.

"We have to take advice as well from F1. The safety of our team is the most important thing.

"When it comes to travel, we will take direction from the World Health Organisation and the advice that they're updating on an hour by hour basis."

F1 teams are set to send their first employees out to Australia for the opening race on 15 March next week.

The epidemic has already led to the postponement of the Chinese Grand Prix, while a number of other international events all over the world have also been affected.

Officials announced on Friday that the Geneva Motor Show had been cancelled after the Swiss government banned public gatherings of more than 1000 people until March 15.

Bahrain expects F2/F3 tests to go ahead despite coronavirus threat