Boschung emerged at the top of the timesheets at the end of the first hour having posted a 1m47.100s, before going on to lower the benchmark further in the final 10 minutes.

While Boschung took the spoils in the final session of the there-day test, it was ART Grand Prix’s Christian Lundgaard who proved fastest overall.

The Dane’s 1m41.697s effort set midway through Tuesday’s morning session, during a qualifying run, was the time to beat for the rest of the field.

Lundgaard’s lap was only 0.218s shy of the pole position time set by Callum Ilott at last year’s championship round at the Sakhir circuit. 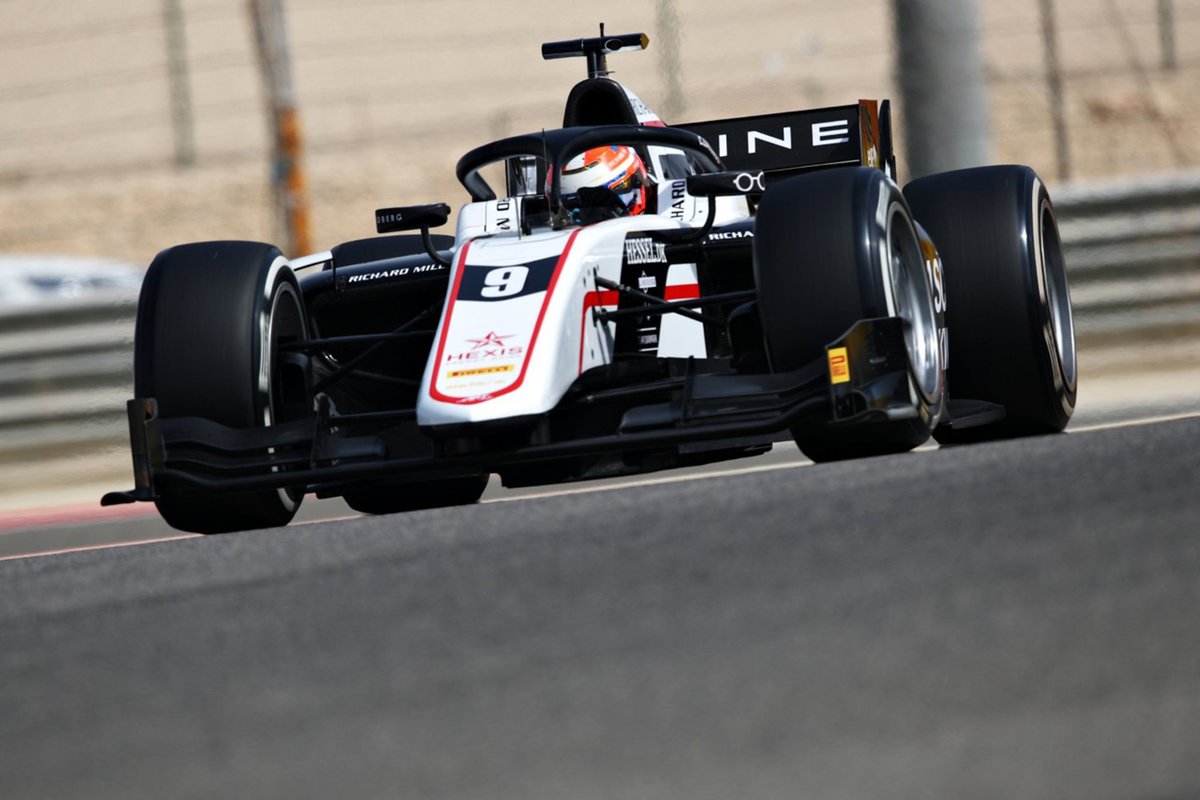 Race simulations were the order for the final three hour session with only a few drivers venturing out for late flying laps.

Prema Racing’s Robert Shwartzman was fourth fastest in the afternoon running although he was the first of a bunch of runners that elected against going for a late fast lap. His respective time logged during a race run was some 2.241s adrift of the pacesetter Boschung.

Liam Lawson (Hitech Grand Prix) spent the first half of the session in the pits before going on to post a time good enough for seventh.

The morning pacesetter Marcus Armstrong (DAMS) was 11th fastest, while Lundgaard, who topped the times overall, was down in 18th position.

The teams will return to the circuit for the F2 championship season opener at the Bahrain Grand Prix on 26-28 March.