With the session being the first on-track action of the Azerbaijan Grand Prix weekend in Baku, times tumbled throughout and drivers found large amounts of dust and rubbish as plastic bags and bottles were kicked up throughout the running.

As times really started to tumble in the last 20 minutes, it was close at the top with Carlin's Matsushita and Sergio Sette Camara of DAMS setting exactly the same time, before Ghiotto stormed through for the Virtuosi Racing team and took a second out of both to head the order.

With five minutes to go, Matsushita went quickest again at a track where he was fast in his previous stint in F2.

But watched on by last year's F2 champion and current Williams F1 driver George Russell from the pitwall, Ghiotto stormed to the fastest time as he crossed the line as the chequered flag flew with a lap 0.2 seconds up on the opposition. 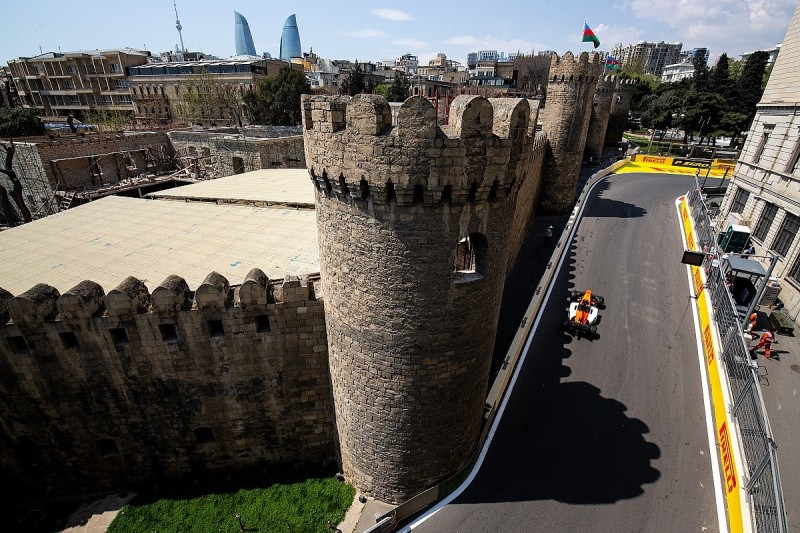 Gearing up for his Indianapolis 500 appearance next month, Jordan King was rapid on his way to the third best time for MP Motorsport, ahead of ART Grand Prix's Nyck de Vries and fastest DAMS runner Nicholas Latifi.

Ferrari protege Ilott's first F2 weekend was ruined by a qualifying crash in Bahrain but he has made a better start in Azerbaijan so far.