The Lotus driver set his first competitive time halfway through the 30-minute session, having decided not join the rest of the 10-car field in the opening third of qualifying.

Binder immediately claimed the top spot for what will be the championship's final race on Saturday.

As the rest of the field got gradually quicker as the time ticked away, Binder became the only driver in the session to set a time in the 1m44s with a his 1m44.730s that put him three-tenths of a second clear of AVF's impressive debutant Henrique Chaves.

The Formula Renault Eurocup regular was fastest for a time, with his 1m45.061s seemingly good enough for pole until Binder's late lap relegated him to his second outside of the front-row start. 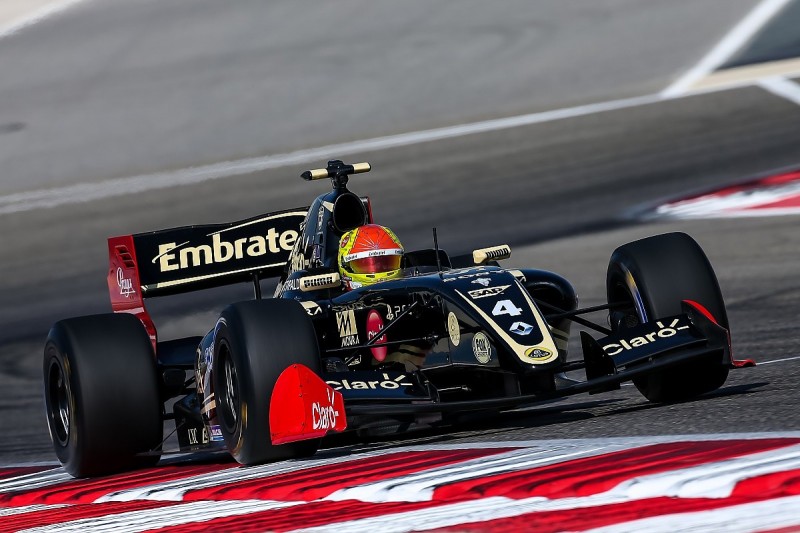 He finished 0.1 seconds ahead of championship leader Pietro Fittipaldi, who couldn't close in on the front row with a 1m45.151 the best of his efforts.

Fittipaldi's nearest title rival Matevos Isaakyan will be starting on the third row in sixth as set-up tweaks the SMP Racing/AVF driver made after this morning's qualifying session didn't pay off.

Between Fittipaldi and Isaakyan is the Fortec Motorsports pair of Diego Menchaca and Alfonso Celis Jr, who will start fourth and fifth respectively having found more speed following a sub-par first session.

Konstantin Tereschenko and Yu Kanamaru will share the fourth row, while Kanamaru's RP Motorsport team-mates Tatiana Calderon and Roy Nissany round out the field for Saturday's race.