Renault Sport Technologies' traditional rookie test took place as planned despite its works backing of the championship ending this season, with 10 drivers invited on the basis of their 2015 achievements in other series.

Russian Isaakyan had impressed in last month's Jerez test for Pons Racing and continued with the Spanish squad. After ending the morning in fifth, the SMP-backed driver recorded a fastest time of 1m41.505s in the afternoon session.

"I really like this car," said Isaakyan. "It is great to have so much downforce, although it is the hardest thing to master.

"We lacked top speed in the morning and lost more than four tenths of a second in the final sector, which has the longest straight.

"In sector two, which is more technical, I was often the fastest. The afternoon went smoothly, and ended on a very positive note."

Racing Steps Foundation-supported FR2.0 Eurocup frontrunner Barnicoat (pictured below) was fastest in the morning, posting a 1m41.822s to beat fellow Carlin runner Dean Stoneman by a tenth of a second.

"In contrast to last November, my times were validated because I wasn't running under the minimum weight limit!" joked Barnicoat.

"This was a first with Carlin and the morning session was superb.

"This is a huge step forward compared to the Formula Renault 2.0, but this car has taught me all the driving fundamentals and are helping me progress for the future."

Team-mate Stoneman contested this year's FR3.5 Series for DAMS, but has experience of Carlin from his recent GP2 debut at Sochi.

Jorg repeated his morning position of third in the later session, which was extremely closely contested.

A title protagonist for Koiranen GP in this season's FR2.0 Eurocup, and runner-up in the Alps series, Hughes felt there was more to come.

"Last year, I had just one day in the car," said Hughes. "After the [October] test at Jerez, I had all I need to know in my mind when I jumped back in the car.

"All the reference points quickly returned and I am happy with the work we've done, but there is still more to do." 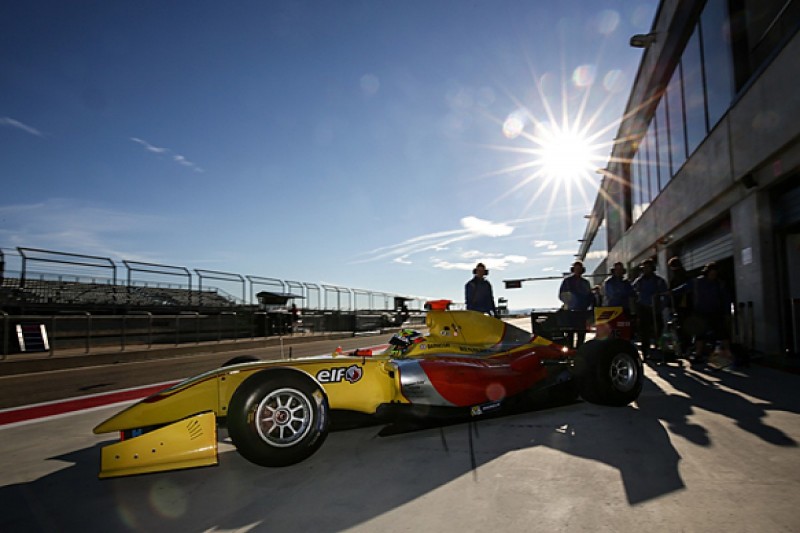