Jean-Eric Vergne has put speculation surrounding his Formula E future to bed by revealing he will remain alongside Antonio Felix da Costa at DS Techeetah for the 2022 season.

Both drivers faced an uncertain off-season as the Techeetah race team’s owner SECA sought investment and a potential sale, a situation brought to a head by the pandemic.

While 2019-20 champion da Costa had a year remaining on his contract, which lies with Techeetah as opposed to automotive manufacturer partner DS, double title winner Vergne’s was understood to have expired over the summer.

This came after protracted periods without pay and following the collapse of a potential sale of the team to a Canadian investor around the time of the London E-Prix in late July.

It is understood that he had agreed a takeover deal and introduced himself to the squad in the garage ahead of a rebrand before the sale collapsed.

Vergne, who has been a Techeetah mainstay since 2016 and was tasked with convincing team-mates Andre Lotterer and da Costa to join the squad, will now stay put for the 2022 campaign.

The French racer, who has a deal in place with Peugeot to race its Le Mans hypercar next year, took to social media to extinguish the doubt over his future at the squad with which he secured the 2017-18 and 2018-19 titles.

“For this new chapter racing with DS Techeetah and [da Costa], we set the bar much higher.” 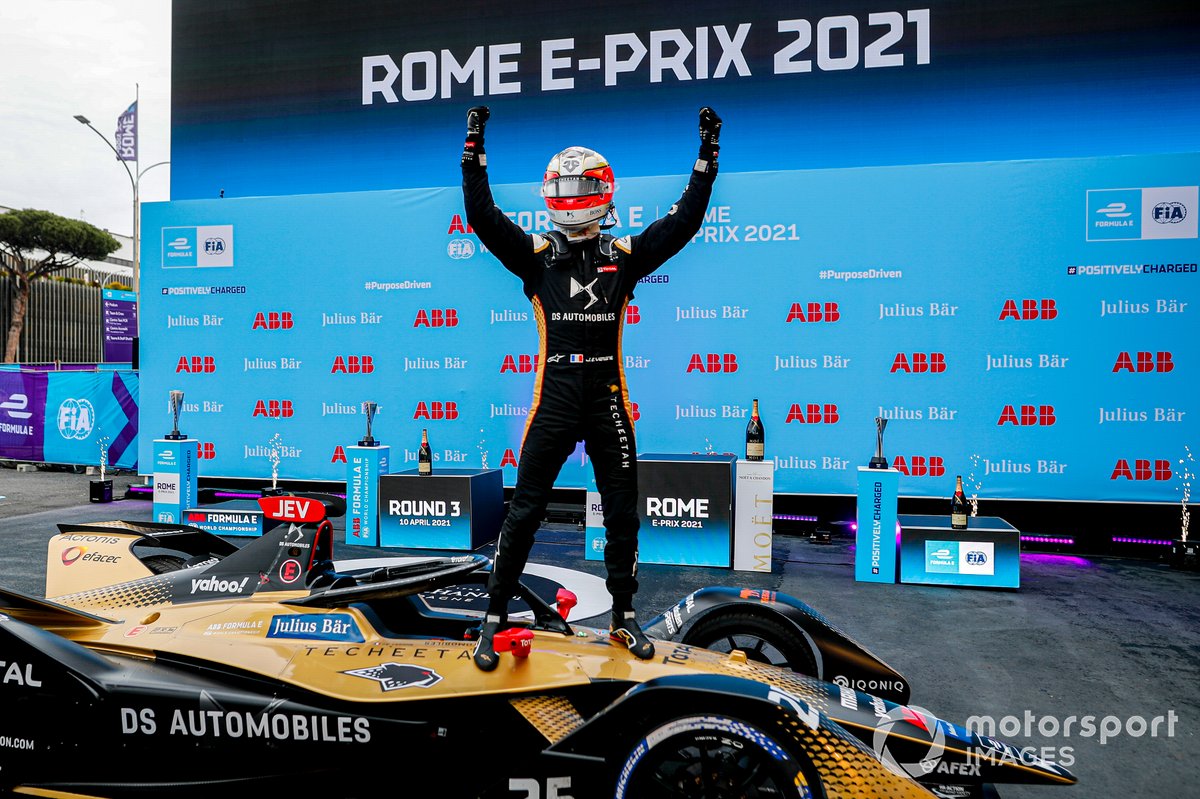 Vergne finished the 2021 season 10th in the standings, thanks in part to his victory at the first time of asking with the new DS E-Tense FE21 car introduced in Rome.

However, the outgoing group qualifying format and the new machine – with its rear-biased weight distribution – blunted his and da Costa’s title efforts.

Da Costa too has ended speculation over his future, which included links to potential Mercedes and Andretti drives, in an interview with Autosport.

He said last week: “[I’m] looking forward to going back to the same organisation and same people for the third year. I've always said it’s one of the strongest teams in Formula E.

“[They have] many championships to their name, so very happy to be going back and all the preparations are going well.”

Vergne and da Costa will reconvene with DS Techeetah for pre-season testing at Valencia across 29 November to 1 December.