Stoffel Vandoorne has lost his pole position for the Valencia E-Prix after his Mercedes was found to be in breach of Formula E and FIA tyre regulations.

Vandoorne snared his fourth championship pole by 0.028s after progressing through from his group one qualifying session into the top-six superpole shootout.

But he has now been stripped of his lap times in the session for using tyres without the appropriate identification in relation to those declared on the Silver Arrow 02 car’s technical passport.

The technical passport must be completed ahead of scrutineering for each round, with components such as the gearbox, MGU and invertor identifiable by a barcode security sticker.

According to Article 25.3 of the 2021 Formula E sporting regulations: “On the sidewall of each tyre, appropriate identification will be applied.

“The only allowable markings applied by the Competitor onto the tyre sidewalls are for the purpose of identification of the car number, the set number and the tyre location.

“All other markings are prohibited.”

Mercedes team principal Ian James revealed to Autosport that “fat fingers” led to a human error when the data was recorded incorrectly.

This infringement for Vandoorne and Mercedes follows a change to the tyre allocation for the Valencia E-Prix.

For the 2021 season, consumables were cut back with each car now only permitted to use two sets of the all-weather Michelin compound per round instead of the previous three. 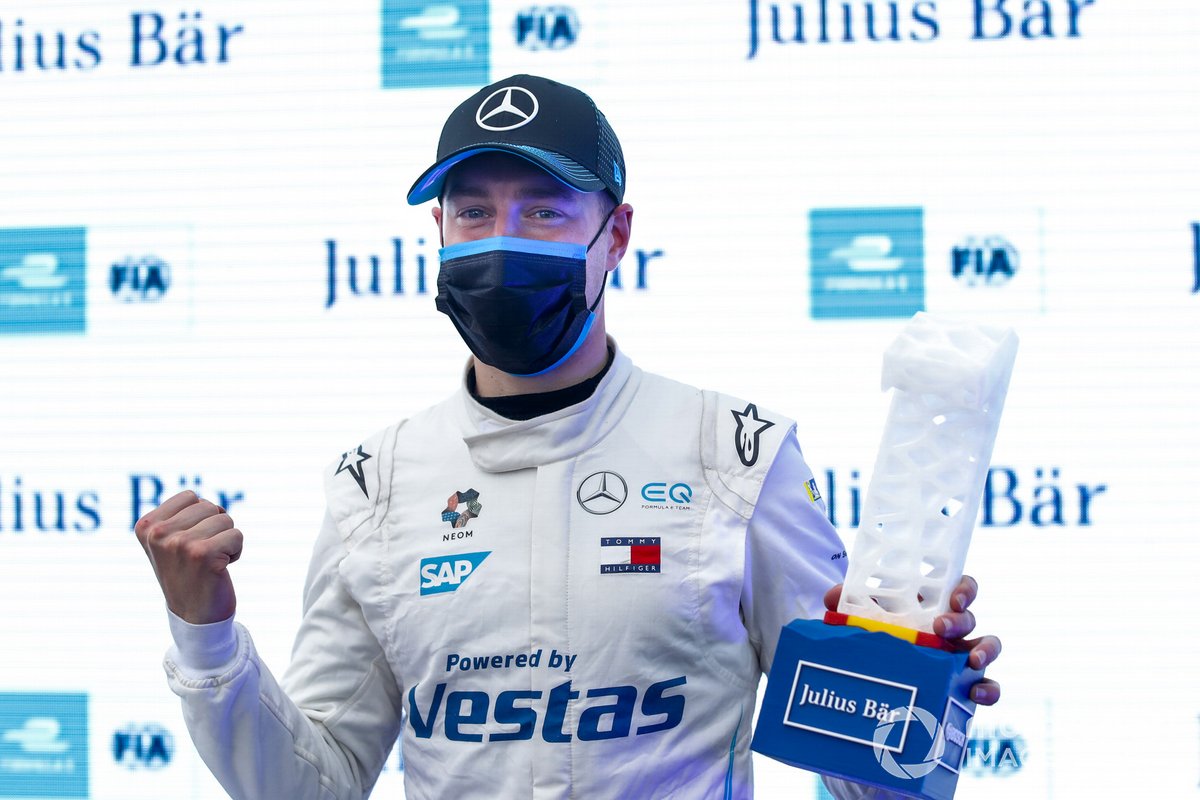 However, with the higher corner speeds and increased wear at the Circuit Ricardo Tormo permanent track, this figure was upped back to three by way of an exception.

There is previous for incidents of this type. Former Audi driver Daniel Abt lost his maiden series victory - race two of the 2017 Hong Kong E-Prix - for running with invertors and motors that did not carry the correct barcode.

This compounds the woe for Mercedes on the startline.

Vandoorne’s team-mate Nyck de Vries had qualified third, ahead of Guenther, but carries over a five-place grid drop for a final-lap shunt in the preceding Rome E-Prix in which he collided with points leader Sam Bird and Oliver Rowland.