Techeetah will be a manufacturer Formula E team for 2018/19

It signed a two-year deal to use customer Renault powertrains, but has been linked with taking over from Virgin Racing as the DS works team.

Techeetah's current customer arrangement puts it at a disadvantage to its rivals because it is not allowed 15 days of private testing and only runs its cars during the three days of official pre-season testing.

Jean-Eric Vergne, who has a bigger role with Techeetah than just a driver, worked with DS in his sole season with Virgin in 2015/16.

He has likened Techeetah's testing restrictions as an independent to "going to a war with knives when the others have rifles".

Asked by Autosport if the team needed to become affiliated with a manufacturer, Vergne said: "Yeah, but that's what will happen. From season five, we're going to have the support of an OEM."

Techeetah's race team has been tweaked since its formation, and is now headed by Campbell Hobson, after David Stubbs - who was drafted in after an error-strewn start to the 2016/17 season - left for the Dragon Racing team.

Vergne said: "We need a lot of stability inside the team, which we don't really have at the moment.

"It is what we are lacking right now." 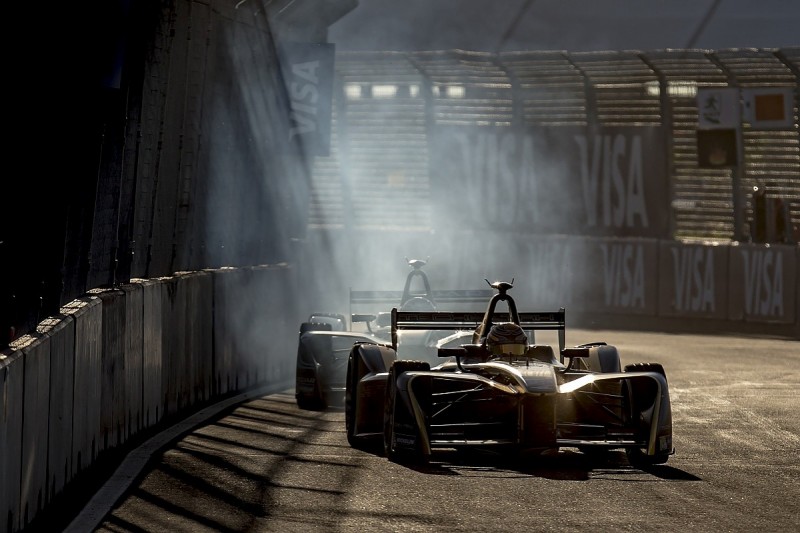 Techeetah also lacked stability in its driver line-up last season, with Vergne partnered by Ma Qing Hua for three races, Esteban Gutierrez for two and then Stephane Sarrazin for the rest of the season.

Sarrazin was the only driver to match Vergne, and scored two podiums - one of which came alongside Vergne's breakthrough win in the final race in Montreal.

Vergne said the driver shake-ups last season "showed that we are a new team, not fully professional or up to the other teams' level, and that we need to work on this area a lot.

"Internally we have extremely good people, but we need more organisation.

"The fact we cannot test and cannot work very well together because we are lacking some things, makes it difficult."

Vergne will be joined by Andre Lotterer for the entire 2017/18 campaign.

"He is going to be an excellent team-mate for me and for the team," said Vergne.

"It will push the team more - there is more pressure, but positive pressure, to have two drivers with the same pace and be able to fight in the front.

"It's always good also to have a team-mate that is sometimes quicker than you.

"Because no one is quickest through all the corners and braking points, there are always little things to take in here and there from your team-mate.

"That didn't really happen to me last year."