Formula E pre-season testing has given Jaguar the confidence it will make a significant step forward and be "in the thick of it" in 2017/18, according to race director Craig Wilson

Jaguar endured a tough first campaign in FE, taking until the fourth round to score points and finishing last in the teams' championship.

It preached patience throughout 2016/17, citing an "extremely short lead time" that compromised the design of its inaugural powertrain, and has been expected to improve substantially for the coming season.

Wilson told Autosport the team was "really happy" with its private testing and the official three-day test at Valencia.

Asked if it was fair to assume the manufacturer would be able to show more of what its capable of this season, Wilson said: "Yeah, definitely. Absolutely.

"Even from the couple of days here, it is a good indication as well.

"It's hard to pinpoint exactly who is doing what [but] we're feeling we're definitely going to be in the thick of it.

"From what we've seen we could easily see the top 10 separated by only a few tenths regularly.

"He who executes best is going to be at the front of that group."

Jaguar's best result of its first FE season was scored in Mexico City by Mitch Evans.

The New Zealander was on course for a top-10 finish anyway and benefited from a three-car collision on the last lap to nick fourth. 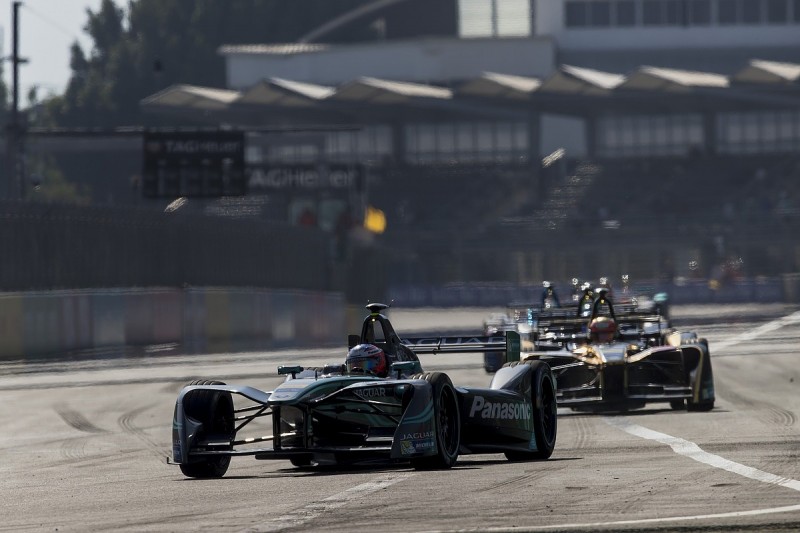 Wilson, who wants to see Jaguar put itself in "the top half a dozen cars", said there was reason to believe its perfect result in 2017/18 could be a podium.

"We probably had to stress ourselves a little more than others to get those results," he said.

"Fundamentally getting in the top 10 won't feel like a win.

"Being solidly in the top 10 is where we want to be and if you're there, or thereabouts, then it's going to be quite close.

"Then it's who can execute."

Evans went on to score points in four other races after earning Jaguar's breakthrough result in Mexico.

He admitted when he was re-signed by the team that the bad start to the season had weighed on his mind, but says now there is "more motivation than pressure" going into the manufacturer's second season.

"Now I know we have a better opportunity to get better results and I just know what to expect," he said.

"Last year the first races were a huge slap in the face, we were, as a driver and a team, not operating at a good level.

"Now having a whole season under my belt after this is great."

Techeetah will be a manufacturer Formula E team for 2018/19