Formula E cancelled the second practice session ahead of the Rome E-Prix after only 10 minutes of running as a kerb breakage could not be repaired in time.

Formula E cancelled the second practice session ahead of the Rome E-Prix after only 10 minutes of running as a kerb breakage could not be repaired in time.

The second 30-minute run was red flagged early on as the inside kerb at Turn 12 of the chicane worked itself loose after final hits from Mahindra Racing driver Alex Lynn and Nico Muller.

Drivers were informed by race director Scot Elkins that the session would resume, but after a 40-minute stoppage, Elkins eventually abandoned the session.

This was chiefly to allow sufficient time for the cars to be recharged in time for the qualifying session an hour later.

It is understood that the kerb will now be removed altogether to leave only the inside wall to define the edge of the circuit at Turn 12.

The extensive delays did however allow Tom Blomqvist and Jake Dennis to get back into their repaired cars after being involved in two red-flag incidents during first practice.

But Gunether, who failed to finish either race in the Saudi Arabia double-header event, did run 0.192s clear of next-best Nyck de Vries. 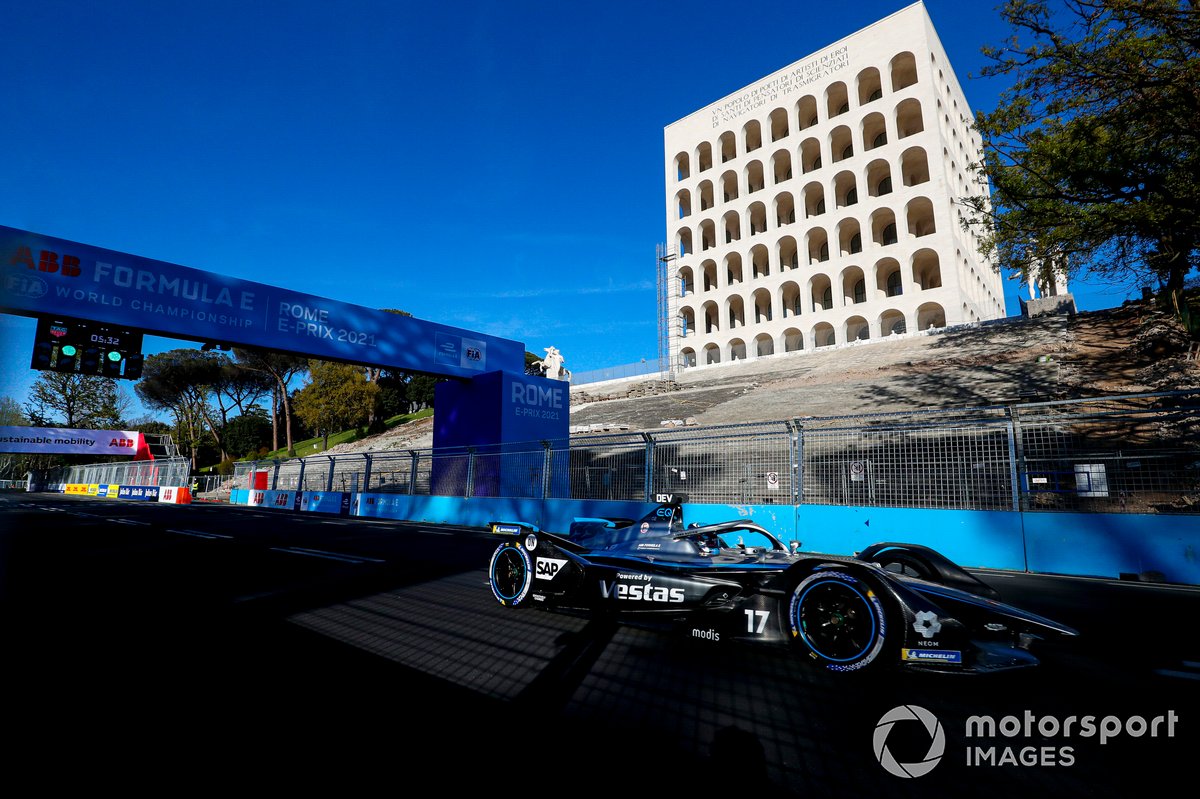 Both teams were set to debut their new cars for the 2021 season in Rome but delays, with Nissan citing the pandemic as hindering parts supply, means those introductions will be held off until the Monaco E-Prix on 8 May.

With Oliver Turvey and Jean-Eric Vergne on the sidelines for second practice as a result of the earlier multi-car pile-up when an unsighted NIO 333 driver ploughed into a queue of cars lining up for practice starts, only 20 drivers completed a lap.

Dennis was critical of a lack of yellow and red flags prior to the incident at the blind Turn 6, describing the marshalling as "a poor effort".

“It's a completely blind this corner," he said.

"Even during the session, I was thinking 'if someone crashes here, for sure you hit them'. He couldn't do anything by the time he saw us.”