The Nissan e.dams Formula E team will no longer debut its new powertrain for the next round in Rome due to a COVID-enforced delay in parts supply.

Nissan, which last week announced exclusively with Autosport that it has signed up to the championship’s forthcoming Gen3 rules, opted not to start the season with a new car.

The FIA amended the homologation windows for the 2021 campaign in response to the pandemic in an effort to reduce costs and account for possible manufacturing delays.

Along with defending teams’ champion DS Techeetah and the Dragon Penske Autosport squad, Nissan e.dams chose to wait until after 5 April this year to bring in a new powertrain.

But Nissan has now put off the introduction of the new Nissan IM03 machine until at least the following Valencia E-Prix, which has been boosted to a double-header across 24-25 April.

A brief statement supplied to Autosport read: “With the agreement of the FIA, we have rescheduled the debut of the new Nissan e.dams Gen2 Formula E powertrain due to a covid related delay of parts.

“We would like to thank the FIA for their flexibility.” 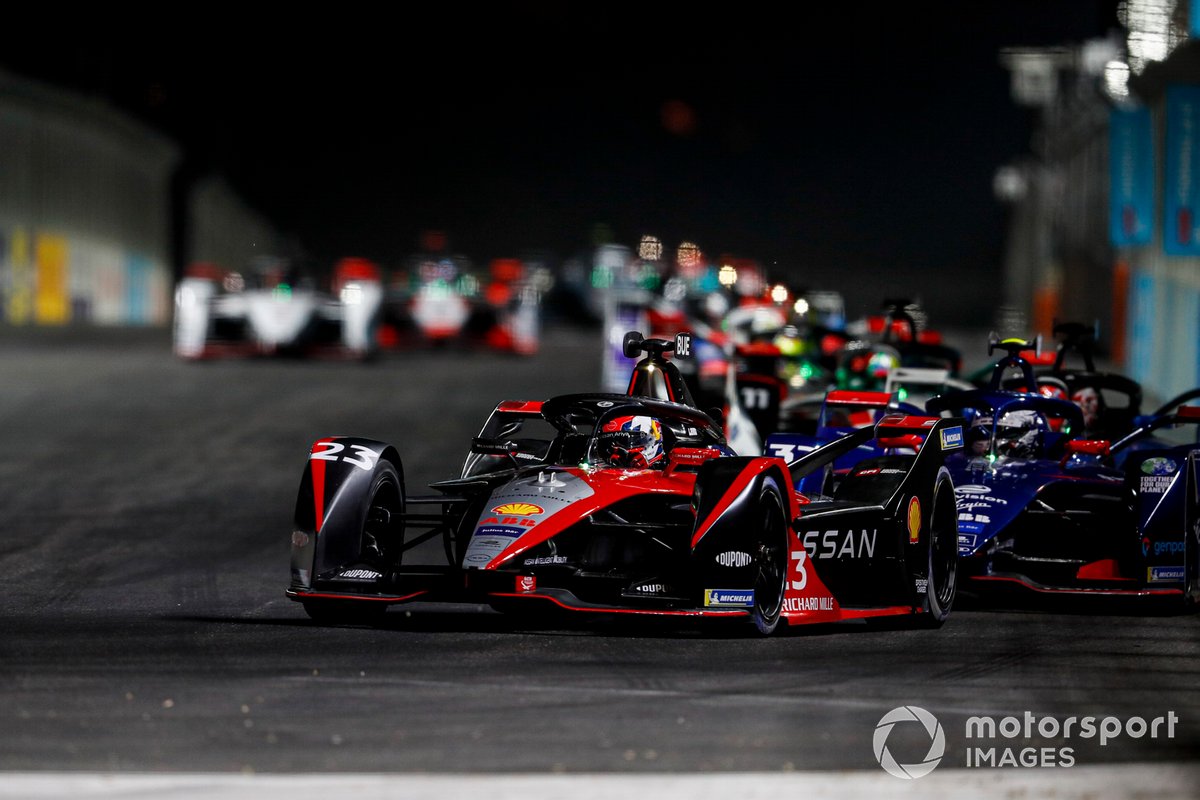 The current IM02 car is already a result of a powertrain setback following a ban on Nissan’s 2018-19 twin-motor configuration.

An outlawing of this set-up was agreed to by all teams, including Nissan, in the interests of limiting development costs in the championship.

The former DS Virgin squad experimented with a similar twin-motor design during the 2015-16 season, but drivers Sam Bird and Jean-Eric Vergne struggled with the excessive weight balance over the rear.

Nissan e.dams made sweeping updates to its software systems to recover lost ground during the five-month coronavirus hiatus.

Oliver Rowland scored victory in the penultimate race of the season as Nissan e.dams progressed from fourth in the teams’ standings to finish as runner-up.