Di Grassi used attack mode to set a 1m38.785s benchmark and run 0.062s clear of Mercedes rival Stoffel Vandoorne as the top 11 all classified within a second of one another.

However, Jean-Eric Vergne, Oliver Turvey and Jake Dennis were involved in a major multi-car pile-up on the start straight.

It is customary after the practice session for cars to line up on the grid and practice their launch.

Last time out in Saudi Arabia, Venturi Racing driver Edoardo Mortara suffered a brake-by-wire issue and failed to slow his car after his practice getaway.  He crashed heavily into the barrier and was taken to hospital for pre-cautionary checks.

He rounded the bend and arrived unsighted at the back of the pack to career into the rear of BMW Andretti racer Dennis and two-time champion Jean-Eric Vergne.

At least eight cars were on this stretch of track at the time of the shunt. 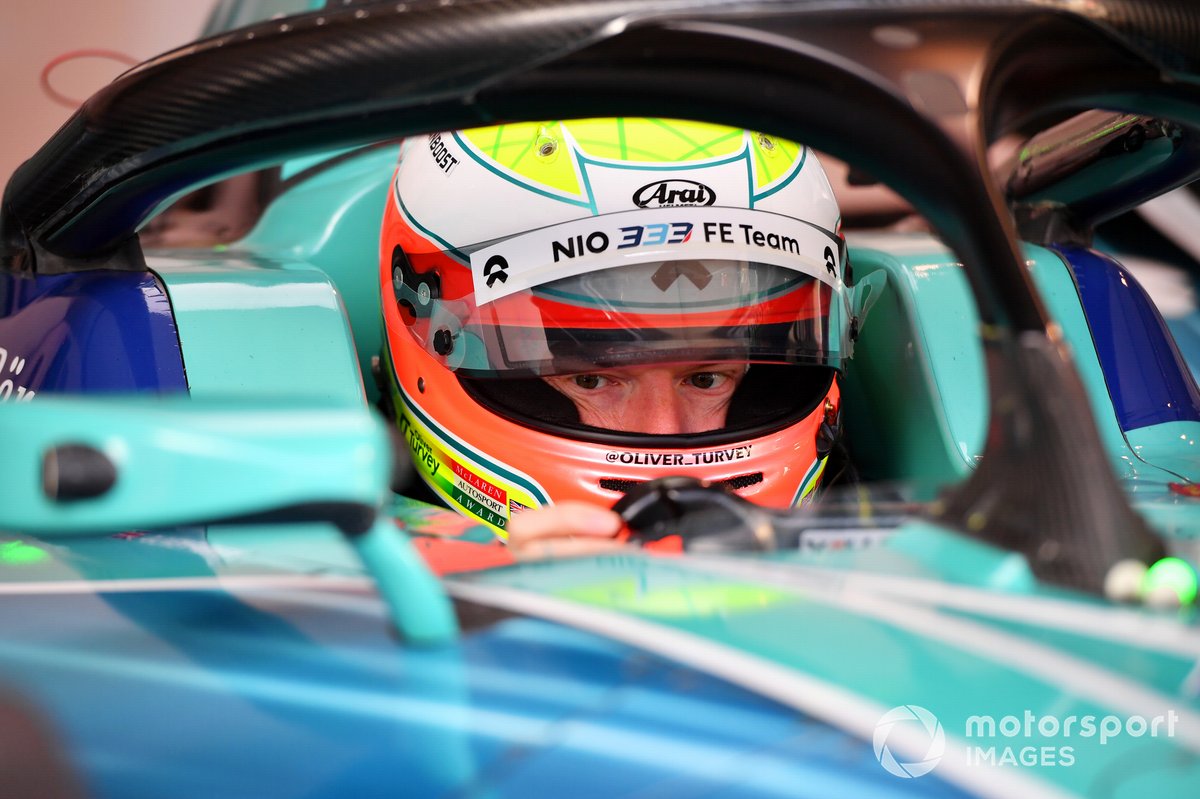 Vergne appeared to be in some minor pain after he excited the car.  Heavy damage exposed the driveshaft of his DS Techeetah, which means the team run the risk of not making qualifying due to the extensive repairs required.

Turvey’s team-mate Tom Blomqvist has been the cause of a red flag that stopped the session with five and a half minutes remaining.

Throughout opening practice, Blomqvist in particular had been clattering the inside kerb at the Turn 12 chicane.

Then at the Turn 14 90-degree right-hander, while following Turvey, Blomqvist locked the rears and skidded into the outside wall to halt proceedings.

Blomqvist and Vergne had also experienced a turbulent start to proceedings when issues under braking forced both to straight line corners and take to the run-off areas.

Similarly, Dennis lost close to a minute when he ran wide but could not engage reverse gear to turnaround and re-join the circuit.