Mitch Evans explained his decision to slow down on the penultimate lap of the Rome E-Prix, opting to "eliminate risk" to cement his first Formula E victory of the year.

Having scythed through the front part of the field in the first half of the race at the Circuito Cittadino dell'EUR having started ninth, Evans forged a 7.5s lead over the battling pair of Robin Frijns and Stoffel Vandoorne, before electing to back off.

At Evans' previous pace, the race was on the cusp of spilling over into a 28th lap had he not backed off - with the extra-lap strategy part of Porsche's ploy to win the previous Mexico City E-Prix having conserved enough energy.

But with enough of a lead in hand to sacrifice a couple of seconds to the cars behind, Evans recalled that Jaguar was "burned" by Porsche's strategy in the previous race, and wanted to ensure that he would make it to the finish without any energy consumption issues.

"When you've got good speed, good pace and good energy, you can sort of be in control of it. That's what I had today," Evans reflected to Autosport.

"So yeah, just when I got to the lead, I just put my head down and obviously planned ahead.

"I had an energy advantage and I could use that, but then opted to make the race a little bit shorter. I didn't need to, but I just thought, 'it's motorsport, right, you eliminate risks'.

"So unlike last race, where we got burned by that. And I thought 'I'll just bring it home'. And yeah, second one here [in Rome], it feels really nice." 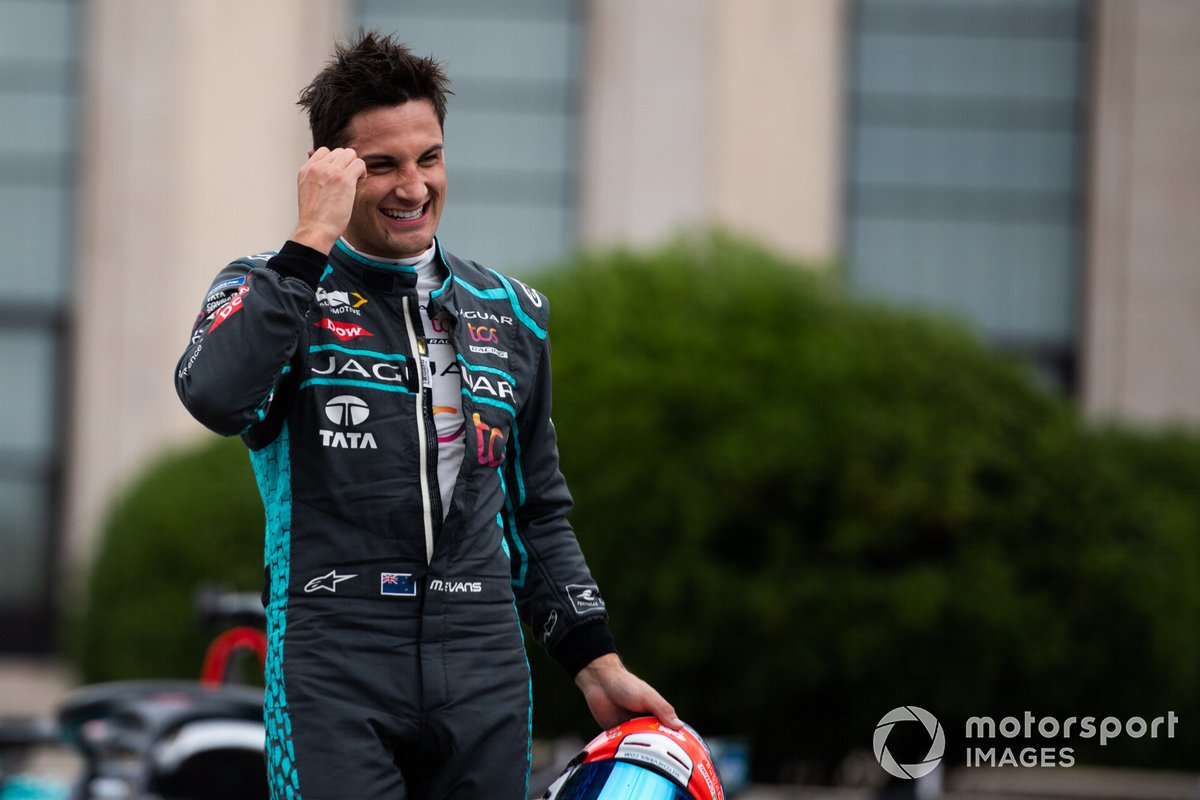 Evans explained that getting past the Porsche duo of Pascal Wehrlein and Andre Lotterer ahead of him on the grid early on was an important factor in his race win, having feared that the pair would work together to keep the Kiwi behind.

Having then caught up to Avalanche Andretti's Jake Dennis, Evans knew that he had a pace advantage over the BMW-powered car, and took a strategic approach in aborting one of his attack mode activations to clear the British driver as Dennis took the 250kW power mode for himself.

"[Passing the Porsches] was really important, I think. Because when you've got two team-mates sort of together, they can work with each other," Evans added.

"They were quite conservative at the start, so they weren't really a threat for me, which allowed me to be conservative. But while being conservative I had good pace so I can sort of keep to the guys ahead.

"Jake was defending well, I feel like I had good pace over him but he was defending and he was also wanting to move forward. Then everyone started doing the attack modes.

"I actually aborted my attack mode because Jake went for it, and I think it was quite key because I was able to keep ahead.

"I just timed everything really well, which never really goes to plan half the time. You've only got few opportunities to really, you know, to burn up the energy to overtake right, you can't waste opportunities.

"And I didn't really, I just sort of optimised it."