New McLaren recruit Rene Rast was impressed by the "high professional level" at the Formula E team, and says he understands its previous success as a Mercedes works squad.

Mercedes withdrew from Formula E at the end of last season, with McLaren buying up the team as a going concern to enter the championship for 2022-23.

Rast made a return to the all-electric series after a year out, having previously raced for the Audi squad in 2020-21 as Lucas di Grassi's team-mate.

The three-time DTM champion says it is an "honour" to be a part of McLaren's history, drawing attention to the team's professionalism and attention to detail.

"It is definitely different. I had to adapt quite a bit. But in general, I have to say I'm impressed," Rast told Autosport.

"I've been impressed by everybody who's working within the team, they're on a very, very high professional level. And I know why they won the championship two times in a row as Mercedes.

"It's as well an honour; racing for McLaren is a big, big honour for everybody. In racing, they have such a historic background - so many great drivers have driven for McLaren. And to be one of them now is a big pleasure.

"[There's the] attention to detail, and the quality of people. They're just doing the deep dive into everything and they want to have the certainty that whatever they test, that it's a quality test, and they get a result after after they test something.

"Then they take conclusions and they move into one or the other direction. It's a very analytical way of motorsport, which I think is very professional." 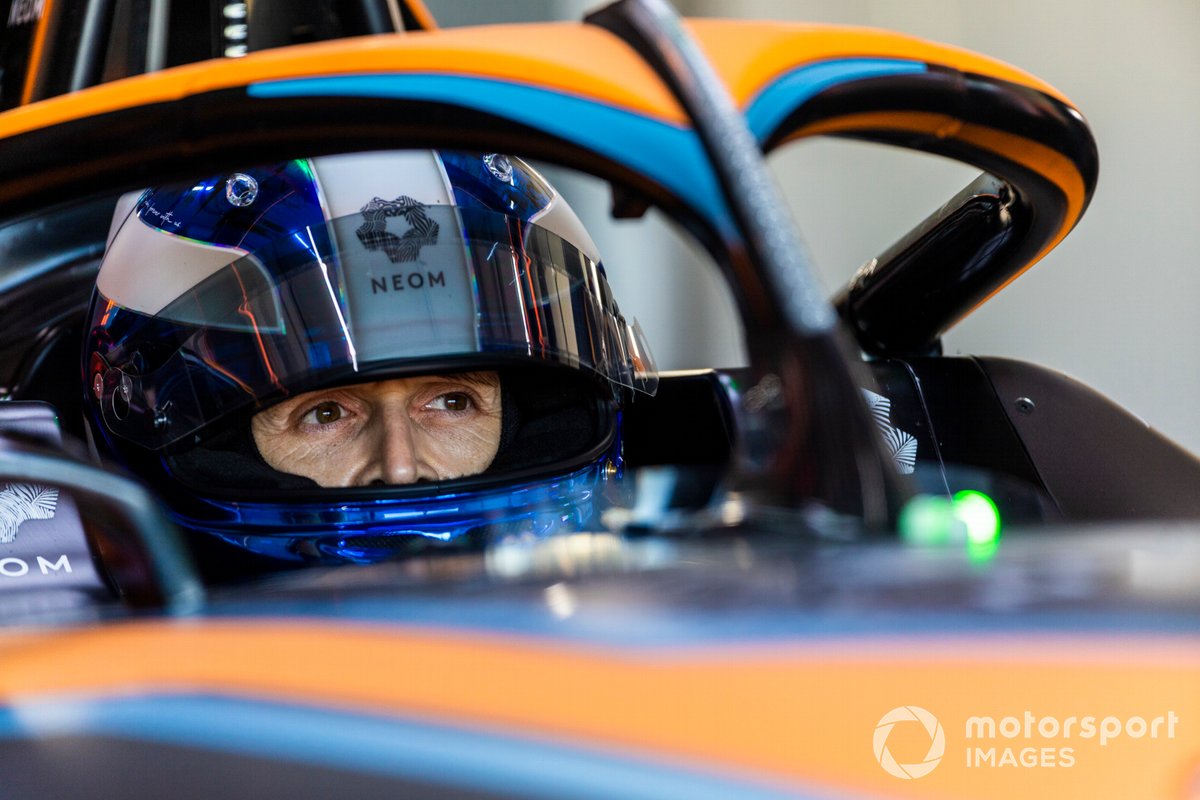 Despite a year away, Rast explained that his memories of racing the Gen2 Formula E car has left him carrying over "old habits" that he needs to stop with the new car, which he describes as a "completely different animal".

In his first experiences with the Nissan-powered car in testing, Rast felt that it was difficult to contend with at the start and admitted that he was not the kind of driver to be right on the pace from the first day. He says that, after a few runs, it was starting to come to him.

"I have those old memories from the Gen2 car. And I try sometimes to adapt that driving style on the Gen3, but it doesn't work," he said.

"So it's still for me difficult to adapt to it, even though I had a one-year break. But it's a completely different animal. And you have to treat it as a different animal. I have some old habits, which I need to get rid of.

"I'm getting there, in the beginning it was a bit difficult for me. And I still need to find basically the last couple of tenths. Still not 100% happy. But yeah, it's why I'm working a lot.

"I've never been a driver who jumps in the car and is straight away on the optimum. I always need to work my way up there.

"I'm still working on it. But it will come: it just needs time."

Nato: "Not the end of the world" if Nissan can't fight for Mexico FE win