Oliver Rowland topped the times in both the wet and dry incident-packed Formula E practice sessions for Nissan e.dams ahead of an inaugural Puebla E-Prix in Mexico.

The Nissan e.dams driver bolted to the top of the leaderboard in the dying moments of the 30-minute second stint with a fine 1m22.861s effort to move a full 0.268s clear of reigning champion Antonio Felix da Costa.

This came despite the top two both crashing earlier on in the session, with da Costa (DS Techeetah) having posted his flying lap before running straight on at the tight first left-hand corner.

Rowland had been in the wars also at Turn 1, having initially locked up his fronts before losing the rear and clouting the concrete wall on the exit - but emerging unscathed.

In an uncharacteristic result for Formula E, a sizeable sixth tenth gap split the top four with the second DS Techeetah machine of Jean-Eric Vergne running third ahead of Alex Lynn (Mahindra Racing).

Rowland had also come out on top in the protracted and rain-soaked opening practice, having headed Porsche racer Pascal Wehrlein by 0.086s in a crash-strewn session.

With a wall added at the Turn 5-6 left-hander compared to the simulator preparation, drivers were left unsighted for the blind and off-camber Turn 7 right-hander.

This caught out several of the big names in the slippery conditions, with Rene Rast (Audi), da Costa and Sebastien Buemi (Nissan e.dams) coming off worse as they glanced the wall. 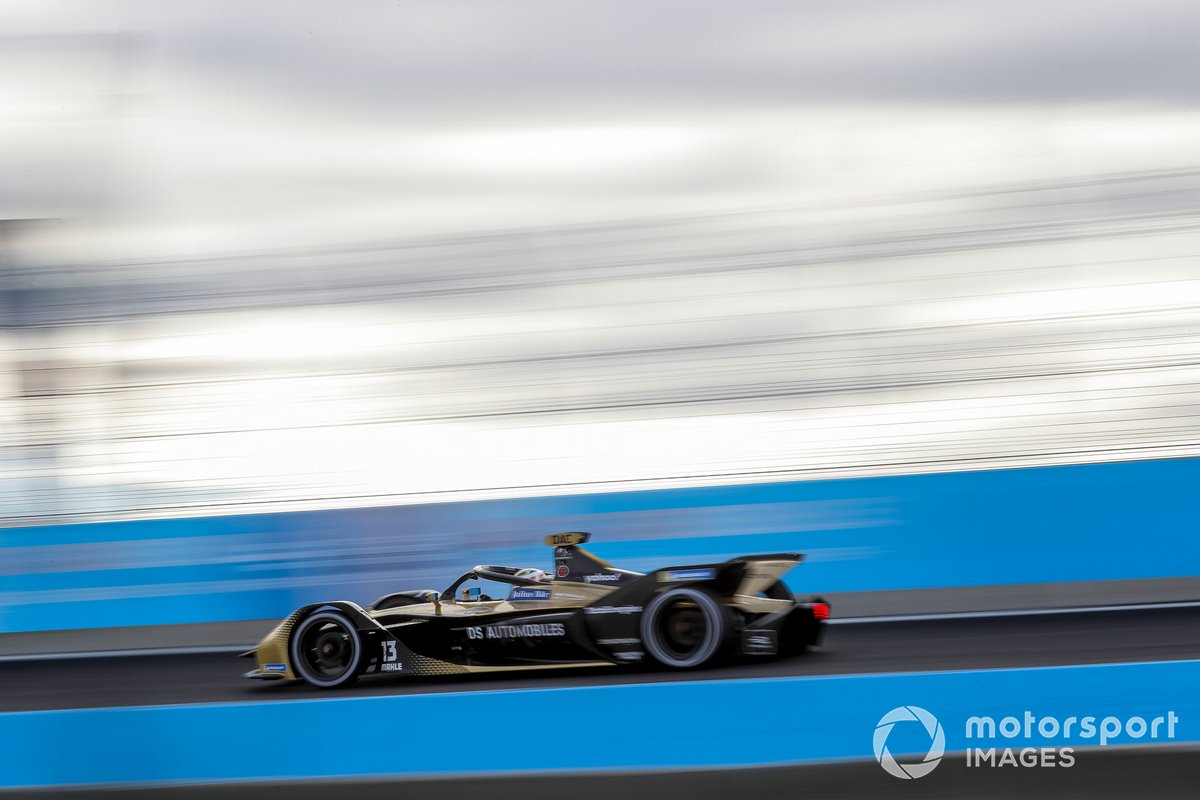 The tap forced Rast to stop and pull of the circuit at the next corner with suspension damage, although the three-time DTM title winner rejoined later on.

Mahindra Racing driver Alexander Sims brought out an early red flag when he locked the rears on the exit of Turn 11 and stopped with a suspected battery-related issue.

This led to a lengthy delay while his car was recovered, with the session eventually extended by 15 minutes.

That and a practice full-course yellow lap mitigated the time loss for Vergne, whose DS Techeetah mechanics completed a swift 15-minute swap of the powertrain after identifying a fault while making set-up changes following a Friday evening shakedown session.

The Brazilian already carries a 20-place grid drop for Puebla after his team broke the seal on his homologated inverter, although not changing any parts, to check a fault.

He lost the rear and smacked the wall at Turn 7 in the first practice run, which forced him to head immediately for the pits. He then rejoined the track only to suffer a sizeable lock-up into Turn 1 and career straight on.

Following the second session, Sette Camara remains under investigation for suspected speeding in the pitlane. 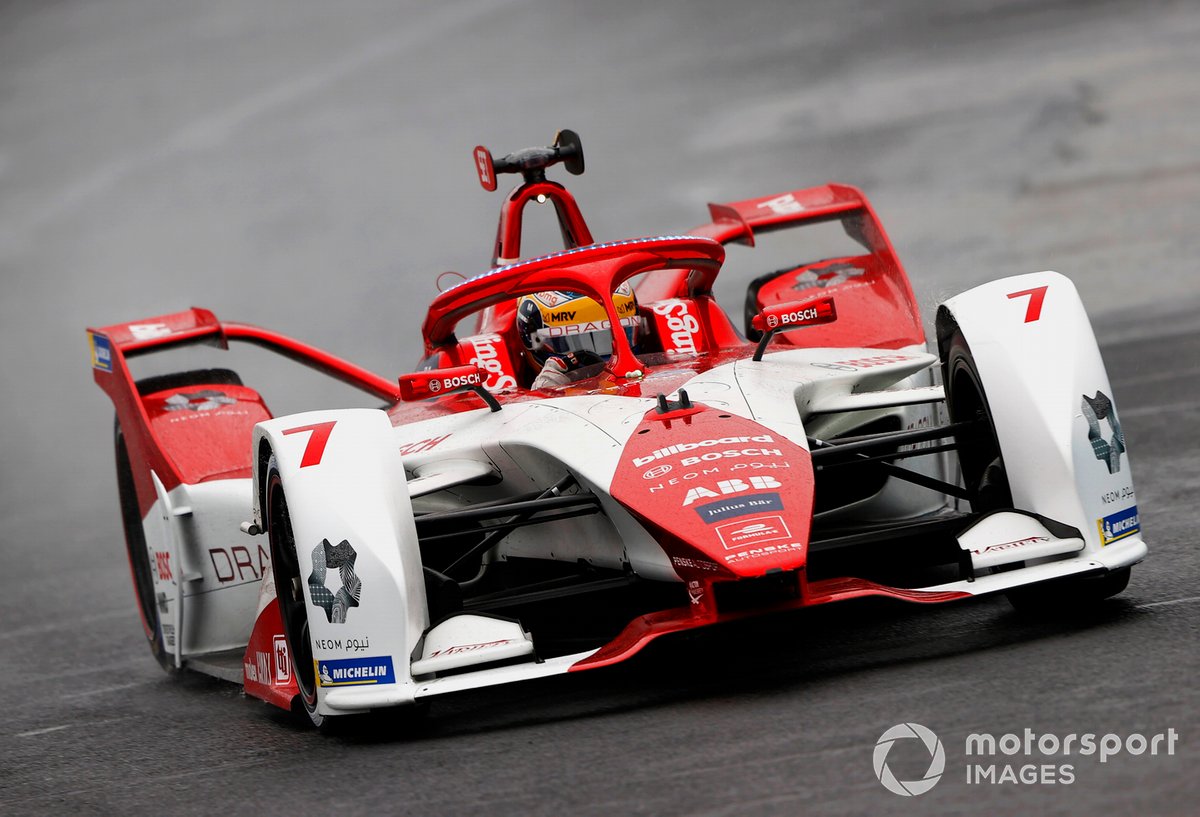 Cassidy pulled off the save of the day when he lost the rear of his Envision Virgin Racing machine on the approach to Turn 7, but caught the massive slide as he ran over the grass and doused the patchy asphalt in mud.