Joel Eriksson’s Formula E debut has been hit by a major setback with his Dragon Penske Autosport team clocking a combined 40-place grid penalty for the inaugural Puebla E-Prix.

The former BMW factory driver, who contested the Marrakesh rookie test last season for Dragon Penske, has been called up by the American squad to replace team regular Nico Muller.

The Swiss will miss the Mexico double-header to compete in the first round of the relaunched GT3-based DTM at Monza in a Team Rosberg Audi.

But Eriksson and team-mate Sergio Sette Camara have each been handed a 20-place grid drop following precautionary checks of their Penske EV-5 cars’ inverters ahead of the rain-soaked 15-minute shakedown session on Friday.

This was in response to Sette Camara stopping on track during free practice for the Monaco E-Prix.

Although the components were not changed on either car, the seals were broken which breaches Articles 28.4 and 28.5 of the FIA Formula E sporting regulations that govern the parts homologation.

An FIA bulletin read: “Due to safety reasons the competitor decided to check all inverters, which is considered as a change of inverter.

“The stewards decided a penalty of a drop of 20 grid positions for the next race will be sufficient.”

A statement from Dragon Penske Autosport added: “As a precaution, given the stoppage on track in Monaco, we decided to check all inverters, which meant we had to break the FIA seals.

“Because we broke the FIA seals, the stewards issued us a penalty of 20 grid positions per car.” 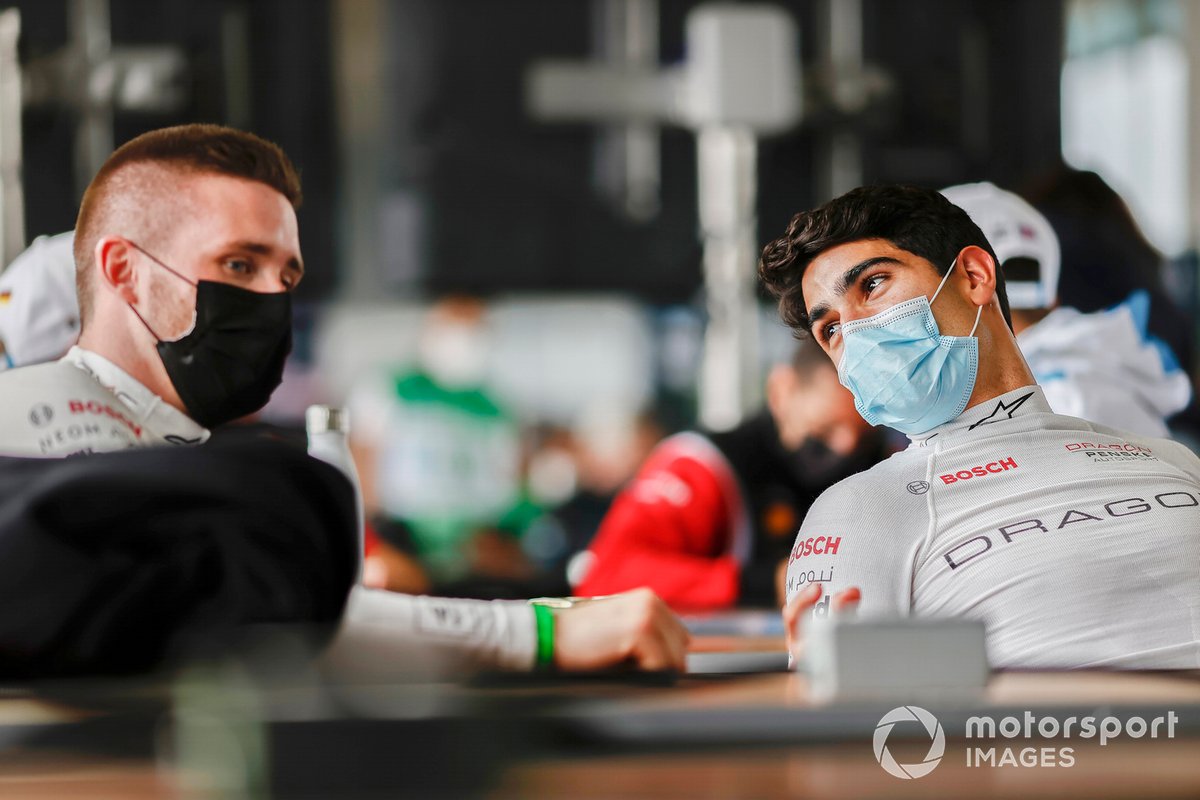 With the team currently 11th from 12 entries in the standings, in the likely scenario that Eriksson and Sette Camara fail to qualify inside the top four, their remaining unserved grid drops will be converted into an in-race penalty.

Should one to 10 grid places remain untaken, a drive-through penalty will be dealt.

If 11 or more places are unserved, this will be converted to a 10-second stop-go hit.

Ex-DTM racer and Dragon Penske Autosport reserve driver Eriksson has made it clear to Autosport that securing a permanent seat on the Formula E grid in time for the 2021-22 is now his top priority.

He said: “Formula E has been on my wish list for several years, and I’ve been working to get myself to this very point, about to contest my first couple of races.

“I have barely sat in a racing car in six months, and I jump straight in halfway through an on-going season.

“I’m realistic and I have a lot to learn in a very short time frame.”