Piquet has joined Mitch Evans in Jaguar's driver line-up for 2017/18, a year after he first had contact with Jaguar over a potential drive.

While those talks last summer did not develop into serious discussions, Piquet became a more highly-coveted option for the Indian-owned British manufacturer as last season progressed.

Piquet enjoyed a reasonable first half of the 2016/17 season, taking pole for the Hong Kong opener and scoring points in five of the first six races.

But he faded thereafter, and failed to qualify or finish in the top 10 in the second half of the season as he slumped to 11th in the points and NextEV finished sixth in the teams' championship.

"We pushed all the way to the last race and gave our faith in both Adam [Carroll, who Piquet replaces] and Mitch," said Jaguar team director James Barclay.

"But at the same time you have to be realistic as well.

"Nelson was right there on top of our list. He was champion in season one.

"We wanted a proven winner. Reducing the unknowns is crucial for us at this point. "We do still have catching up to do.

"Fortunately for us he became available due to where he finished up in the championship.

"We were really keen to get everything locked as soon as possible and have Nelson in our car as part of our development programme.

"That's worked quite nicely for us."

While Evans and Jaguar reserve driver Ho-Pin Tung have carried out the majority of the I-type 2's development work, Piquet has driven the car at the Calafat circuit in Spain. 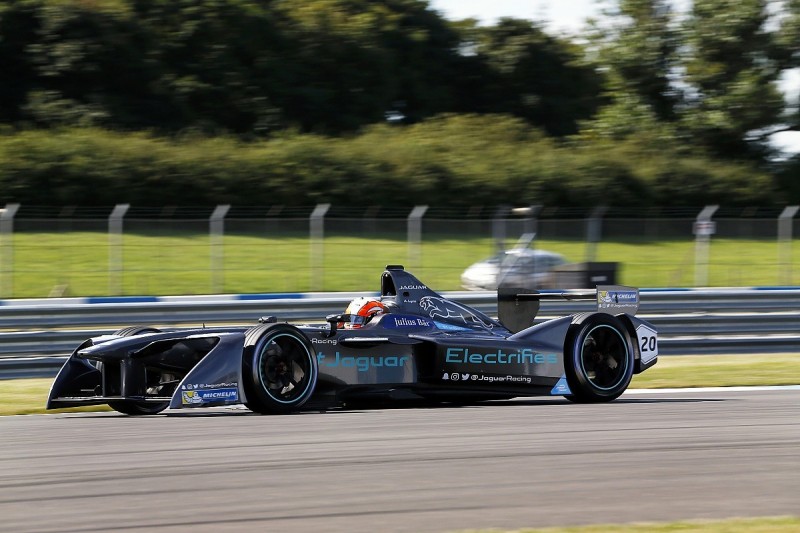 Alex Lynn was lined up for a Jaguar move before DS Virgin Racing took up its option to promote the British driver to a race seat.

Lynn tested with Jaguar last year but the team picked Evans and Carroll for its debut FE season, with Lynn eventually joining DS Virgin as reserve driver in January.

He made his race debut with the team in New York in mid-July when Jose Maria Lopez was on Toyota LMP1 duty at the Nurburgring, and has replaced the Argentinian full-time for 2017/18.

Autosport understands DS Virgin chose to activate its option in Lynn's contract to promote him before the Montreal season finale, but not before he had already tested for Jaguar again.

"While things weren't fully certain we would have Nelson on board we wanted to make sure we had options and alternatives," explained Barclay.

"Very soon after Montreal it became clear we'd be absolutely fine to secure Nelson and that was our absolute focus.

"Alex is a great young driver, has a huge amount of talent, but we wanted an absolutely proven championship winner.

"That was important for us. That was why we chose that direction."