Vergne's title lead was slashed from 32 points over Audi's Lucas di Grassi to just 22, while the 43-point gap in the teams' standings between Techeetah and Audi was reduced to 24 following a disastrous race for both Vergne and team-mate Andre Lotterer.

Contact between Sam Bird and Jose Maria Lopez caught out both Vergne and Lotterer early on.

Lotterer hit the rear of his team-mate's car before the reigning FE champion pitted for a replacement nose.

While Di Grassi would go on to finish fifth after starting 14th, Vergne had looked set to minimise the championship lead damage with a recovery drive into the points.

But a final-lap collision with Felipe Massa left Vergne with significant damage and dropped him down the order and into 15th, while Lotterer took 17th and finished a lap down after early damage and contact with the wall at Turn 2.

Preston told Autosport: "Formula E is nuts and anything can happen, and that's why you can never be sure in Formula E.

"Just kind of the worst possible things happened to us in this final race [weekend]. I don't know if we could ever do anything about it, that's the problem with starting in the middle of the pack.

"That's always the way, especially with these tiny, tight tracks. You get caught out as people back up and something happens in front of them.

"[It's] just massively frustrating after the whole year [has been] going so well - well we had some of these incidents through the year as well.

"But it would be a shame if that's how the championship gets decided, on random events, but then again that's the whole Formula E season isn't it?" 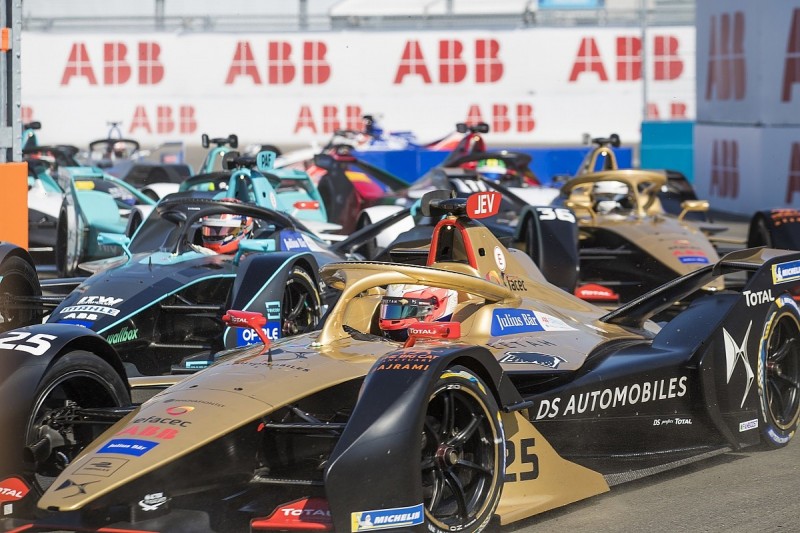 Vergne hit out at driving standards following the race.

Driver conduct had been questioned earlier in the season after the new Gen2 car's introduction, allied with a run of flat-out races, led to a rise in clashes and eventually caused a revised approach to officiating that began in April's Rome race.

Vergne described the race as "terrible for motorsport" to Autosport, before adding: "The driving standard has been very poor today.

"It seemed like it was a go-kart rental race. So many contacts, it's ugly.

"It's not single-seaters, not nice racing. Horrible.

"I saw some guys doing some silly things, driving standards have been very poor this race.

"I'm very surprised, when I was back behind, I saw some guys braking [at the] last moment and just crashing into the guys at the hairpin.

"I don't understand what happened today, it was mad."

Asked about lessons Vergne could carry from Saturday into Sunday's finale, the title leader said: "I have a good [points] lead, a good car.

"It would have been good to be done today [by winning the title] but I need to make it [happen] tomorrow [Sunday]. Simple as that."