The 2015/16 champion progressed into superpole from the second qualifying group, as no driver from the first phase made it into the top-six shootout.

FE championship leader Vergne placed second in the first group, ahead of main rival di Grassi, who was fourth.

That was eventually converted into a 10th-place start for Vergne, with Dragon Racing's Maximilian Gunther, NIO's Tom Dillmann and Jaguar Racing's Mitch Evans splitting the two title contenders and leaving di Grassi down in 14th.

Di Grassi's team-mate Daniel Abt made into superpole and took fourth on the grid.

Jaguar's Alex Lynn impressed with his best qualifying result since his FE comeback by securing third, losing out to Wehrlein by just 0.096 seconds.

Alexander Sims and Sam Bird both made errors on their superpole runs, with both drivers struggling for traction on the exit of the first corner.

Bird's slow first sector as he battled the car proved costly, and even with a rapid final sector he placed sixth behind the BMW driver. 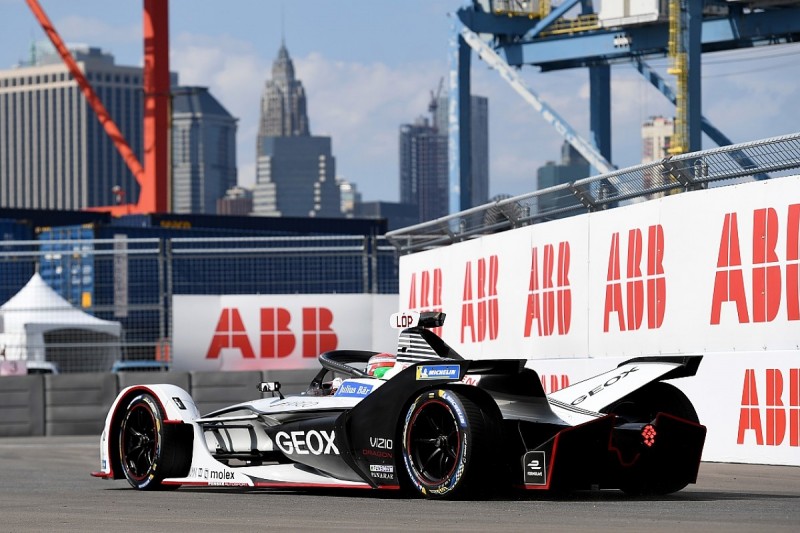 Jose Maria Lopez lost out to Lynn in the battle to make superpole, with the Jaguar Racing driver's 1m10.669s lap enough to take fifth and secure his spot for the one-lap shootout.

That meant Lopez was demoted to seventh on the grid ahead of BMW Andretti's Antonio Felix da Costa and Envision Virgin Racing's Robin Frijns.

Gary Paffett outqualified his HWA team-mate Stoffel Vandoorne to take 15th, with the ex-Formula 1 driver four places further back after drifting out at the final corner when trying to make up for a loss of time earlier on his push lap.

A slow middle sector for Oliver Rowland, in which he lost around one second, resigned his Nissan e.dams machine to 20th on the grid ahead of Venturi's Felipe Massa.

Jerome D'Ambrosio will start from the back of the grid after losing time behind Abt in the group two running before a spin at the Turn 10 hairpin lost him swathes of time.