Sam Bird led a remarkable Jaguar Racing front-row lockout over Mitch Evans ahead of the second New York City E-Prix as less than a tenth covered the top three drivers.

The Briton suffered a torrid Saturday after a mistake and sizeable shunt in free practice one left the team to build a fresh chassis, before he was then collected by Oliver Rowland in a small qualifying crash.

But Bird bounced back on Sunday morning, vaulting from group three to lead the first part of the qualifying contest and book his place in the superpole top six dogfight.

As the top group runner, Bird was the last driver to set his final flying lap and he posted a fine a 1m08.572s effort to nip ahead of team-mate Evans by a slender 0.09s.

Bird had found a small 0.04s advantage in the opening sector, was just shy of Evans in the second sector but clawed another five hundredths in the final part of the lap to score his six series pole, his last coming in the 2019 Marrakech E-Prix.

Evans had sat on provisional pole, piecing together a wild lap to eclipse his fellow Kiwi Nick Cassidy for Envision Virgin Racing.

Evans locked up into Turn 1 and then clipped the wall at the exit of Turn 4 but a gain of 0.1s in the final sector shaved the place away from Cassidy by a miniscule 0.001s.

The Dragon Penske Autosport racer squeezed into superpole in the dying moments of group qualifying and then was the first to run in the top-six fight.

But he would fall 0.4s adrift of pole, albeit beating Andre Lotterer. 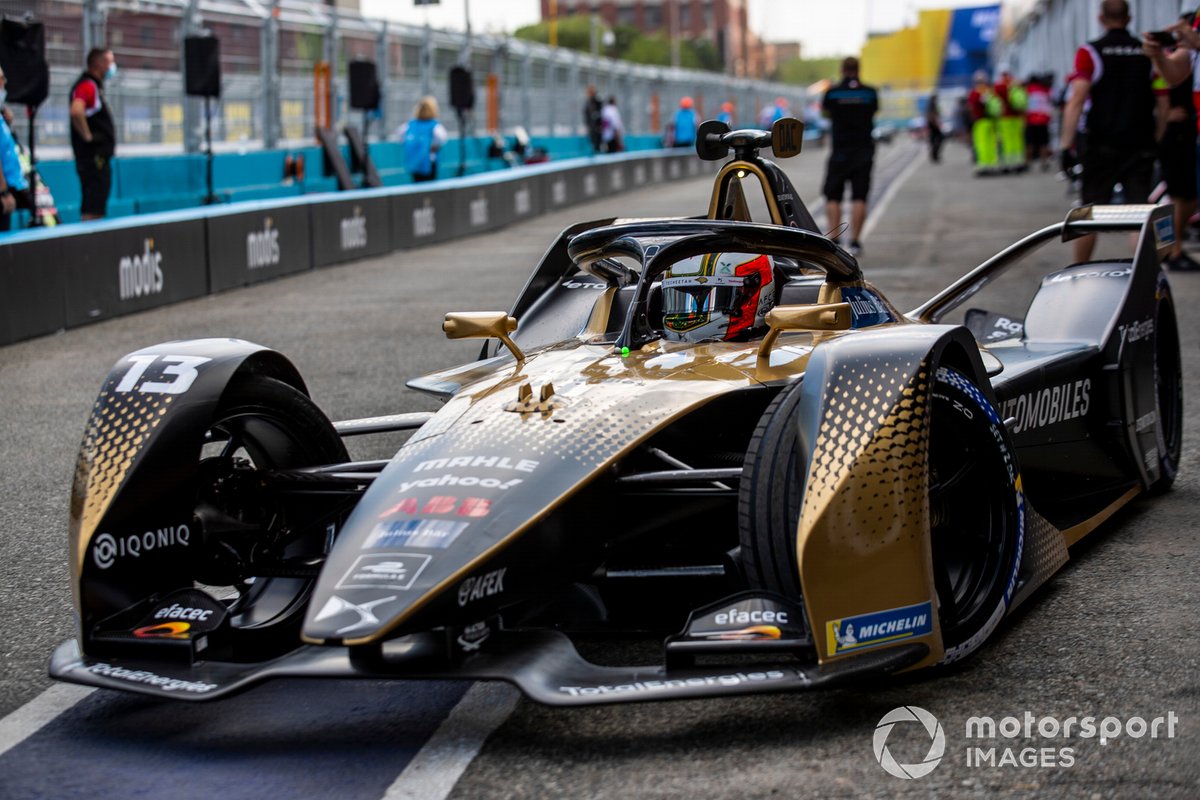 The vastly experienced German suffered a massive lock up into the Turn 1 left-hander having progressed through to his third superpole appearance of the season.

Sixth tenths in arrears of Bird, Lotterer will start sixth.

Defending champion Antonio Felix da Costa was the first driver to be budged out of the superpole shootout by only 0.014, despite having joined Evans in the unfavoured group one.

Track evolution was much reduced compared to the Saturday running and that combined with a light drizzle for the later runners enabled the main championship protagonists a top six shot.

But as conditions again dried for the final group four contingent, Sette Camara banged in his final flying lap to depose DS Techeetah driver da Costa, meaning he will start in seventh.

Rene Rast led the works Audi performance, with Lucas di Grassi one place behind in 12th.

Nissan e.dams driver Sebastien Buemi might have used the improved conditions of group four to mount a charge for superpole but he was off the pace in all sectors to only nab 13th.

The group two runners were most hurt by the light rain, which plonked Mercedes runner Stoffel Vandoorne down to 20th while Nyck de Vries was another row behind in 22nd.

Vandoorne was limited in his final practice running after two punctures on Saturday ate into his tyre allocation so Mercedes opted to keep him in the garage for much of the session.

The Silver Arrow machines were split by Robin Frijns, equal on points at the top with Mortara, who ran massively deep into Turn 1 on his flying lap at the cost of a second.

While that might have been expected to drop him right to the very back, the group two grease saved some blushes with 21st place for the Envision Virgin Racing driver.

Race one victor Maximilian Guenther will join second-placed finisher Jean-Eric Vergne on the back row of the grid.

Two-time champion Vergne had to abort his flying lap after suffering a brief throttle fault at the exit of the Turn 3 loop that killed his power and he trundled round to the pits.

He then clipped the pillar of his DS Techeetah team pit garage tent as he tried to park up.