The DS Techeetah driver struggled with car balance for much of the opening race on Saturday and finished only 12th.

But set-up revisions allowed the Portuguese to bolt to the top of the leaderboard with two of the 45 minutes left on the clock.

He set a 1m08.472s effort, the better part of 0.9s quicker than the best efforts from the previous day.

That late move on the full 250kW power mode guided him 0.049s clear of Jaguar Racing’s Mitch Evans, the Kiwi having been da Costa’s closest title rival for much of the last season.

He was followed over the timing line by Saturday polesitter and long-time race leader Nick Cassidy, the Envision Virgin Racing rookie only another 0.038s in arrears.

While the entire 24-car field would be covered by just a whisker over 1s, it was Audi driver Rene Rast who set the pace in the cool early morning session.

An initial push lap of 1m10.596s left him some 0.7s clear before he was joined by his team-mate and 2016-17 champion Lucas di Grassi, who finished on the podium in race one.

The session ran largely without incident or drama, however Saturday victory Maximilian Guenther was forced to miss five minutes of running due to car checks after a suspected touch with the wall.

Alexander Sims also limited his number of laps after the Mahindra Racing driver eclipsed Rast at the front of the pack. 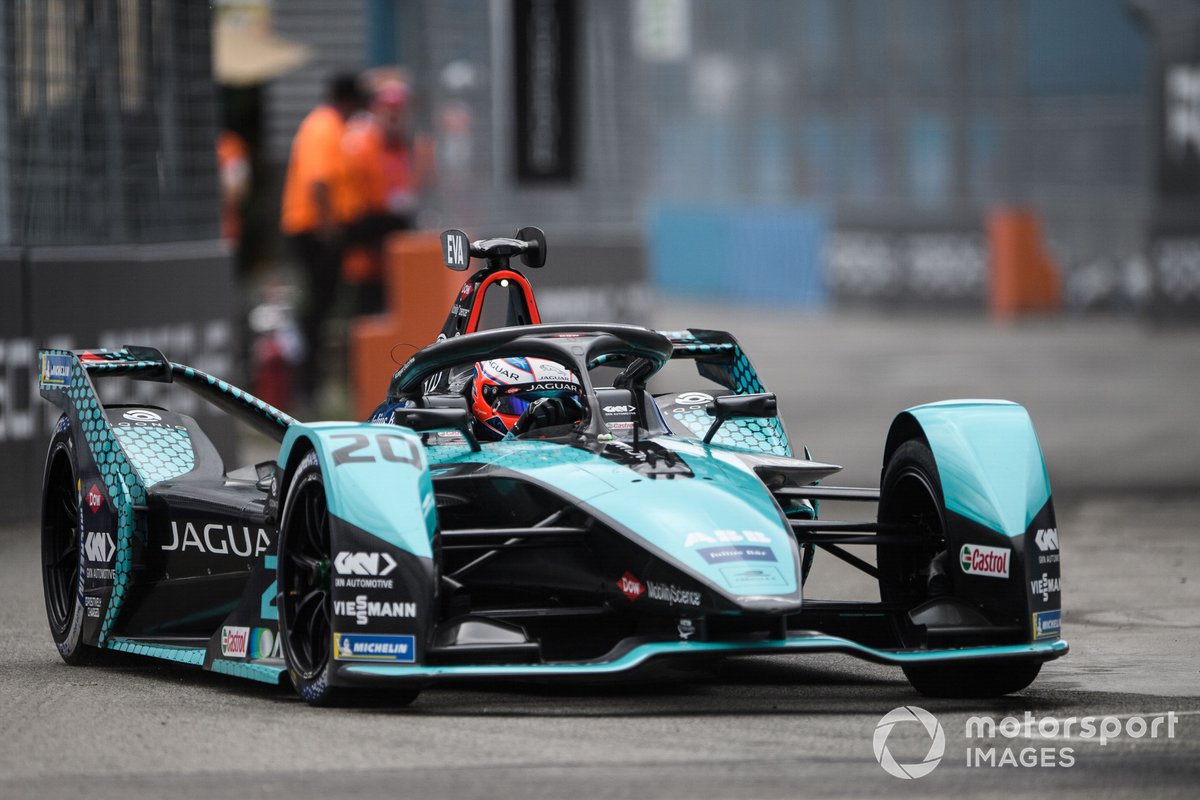 After only 12 minutes, the Briton set a 1m09.507s effort, which remained his best time and he completed only 10 laps - the fewest of all drivers.

He was however displaced by da Costa after he deployed the 35kW attack mode gain.

Team-mate Jean-Eric Vergne became the first driver of the weekend, and in the history of the revised Brooklyn Street Circuit, to dip under the 1m09s barrier.

He took charge with a 1m08.988s before the final switch to full 250kW power shuffled him down the order.

Norman Nato was the best of the Mercedes-engined machines in sixth, beating Porsche’s Pascal Wehrlein and Alex Lynn for Mahindra Racing.

Behind former team-mate Andre Lotterer, Vergne fell as far as 12th but kept Guenther, who passed the French racer for victory on Saturday, at bay by 0.162s.

The factory Mercedes squad did well to hide its pace, Stoffel Vandoorne setting the 15th fastest time as Nyck de Vries was only 20th.