The British team endured a torrid afternoon in the first of the two New York races on Saturday, with Sam Bird salvaging just three points from 20th on the grid after a crash in practice prompted a new chassis build ahead of qualifying.

Team-mate Mitch Evans could qualify no better than 16th and was later forced to retire from the race with a technical problem.

The double blow dropped Jaguar to third in the teams’ standings, 15 points behind new leader DS Techeetah with Envision Virgin moving up to second.

However, it has now put itself on a strong footing for the second race in NYC, with Bird scoring the team’s first pole position of the 2020/21 season ahead of Evans.

Barclay feels the turnaround in Jaguar’s results showed how strong the team is, especially after the mammoth effort it took to ensure Bird could take part in Saturday’s qualifying.

“What a difference a day makes,” Barclay told Autosport. “Yet again in Formula E it just shows you’ve got to be resilient.

“The turnaround to get the car [ready], do a full chassis change, Sam having a strong race yesterday and now going on better and getting pole, our first one too, it’s a testament to the team spirit and the determination of the team to dig deep and try to give us the best opportunity for the race.”

Evans was able to progress from the first group into superpole, before ending up 0.090s behind his teammate - later admitting that he “handed the pole” to Bird after a mistake in the opening corner.

Barclay feels Evans was lucky to be able to fight for pole position from the opening segment of qualifying after a brief drizzle in Q2 deteriorated the track conditions, ensuring his time was good enough to gain a position in the final-six shootout. 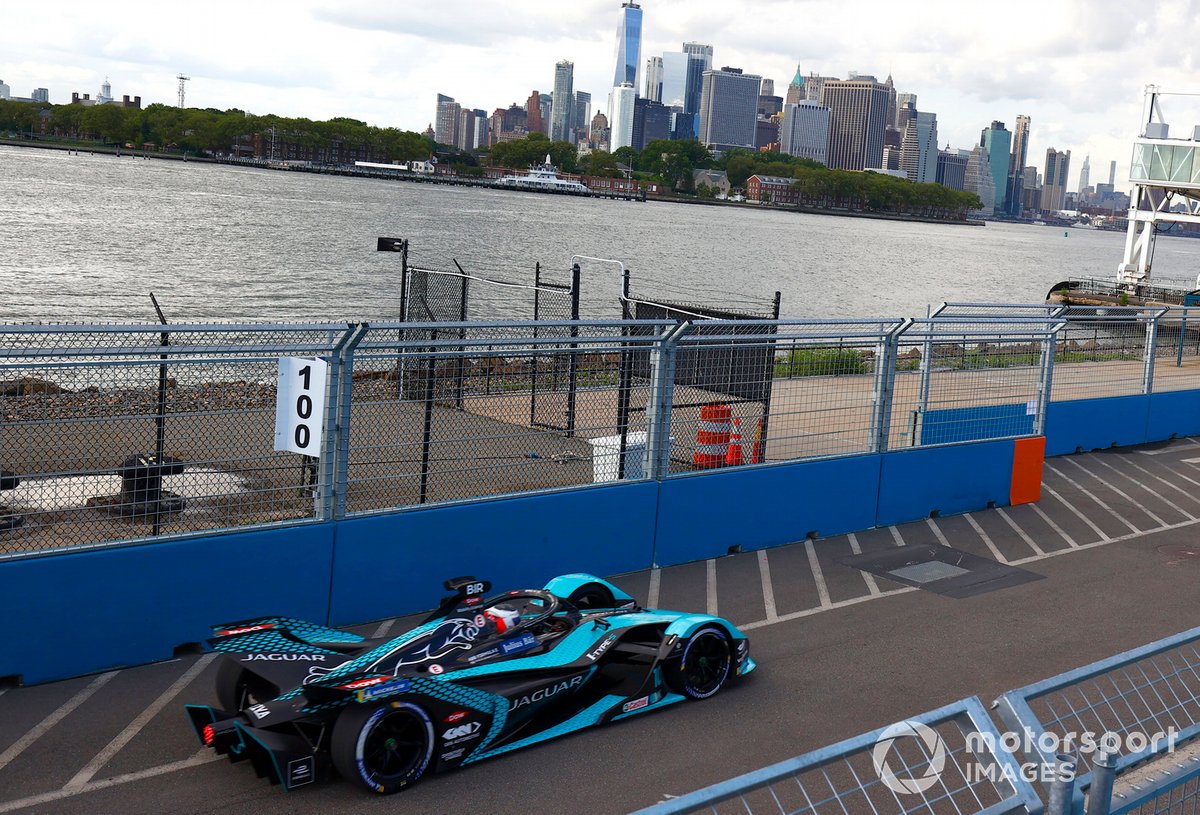 “The qualifying format we know now unfortunately is a clear disadvantage for us," he said. "Mitch in the last 17 races, he’s had [to go through Q1] 16 times.

"He is a guy who wants to win races but it doesn’t matter how good his lap is he is not going to be in the top 10. So it’s becoming increasingly frustrating.

“Today it was good fortune because group 2 had a drizzle and that meant it took some strong runners out of the equation which meant we could stay. Mega lap from Mitch.

“Today we had good fortune because it’s not normal for group 1 so we needed that but sometime sports throws that up for you, not very often but it’s good that Sam in group 3 and Mitch in group 1 [were able to make it to superpole], it was honestly a qualifying session we could have never imagined without the drizzle.”

Bird added it took some strength to bounce from his practice crash and claim a first pole position since leaving the Envision Virgin team at the end of last season.

“It had to take some strength recently,” said the British driver.

“We've had a string of bad results, some through my fault, some through no fault of our own but to come out today and put on that kind of performance, as a team, me P1 and Mitch P2. is incredible.

“Yesterday we fought hard to get back in the points with the fastest lap and this is a nice reward for the guys that worked so hard overnight to give me a better racing car today.”