The DS Techeetah driver pounced on the energy woes of his Jaguar Racing rival to dive past on the run to the flag and net a sixth series win by 2.8s.

That margin was flattered by the very heavy defending required by Evans to make the finish, with Envision Virgin Racing driver Robin Frijns pipping the Kiwi at the line by 0.024s.

Combined with a torrid race for the pre-event points-leading Mercedes drivers, a second place for Frijns promotes him to the lead of the standings at the halfway point of the season.

Da Costa had led cleanly away from pole to hold position through Sainte Devote in what initially seemed to be a processional opening phase on the full grand prix configuration.

Second-starting Frijns kept with the reigning champion and was then able to leap for first place on the run to Sainte Devote on the start of lap four thanks to a very clean exit from the final corner.

The battle for victory then descended into a game of strategy as da Costa and Frijns took turns to activate their attack mode and recover track position from running off-line.

It appeared that Frijns was on course for victory come the halfway stage of the 26-lap race, as he extracted a 1.4s cushion over da Costa as the first attack mode boost expired. 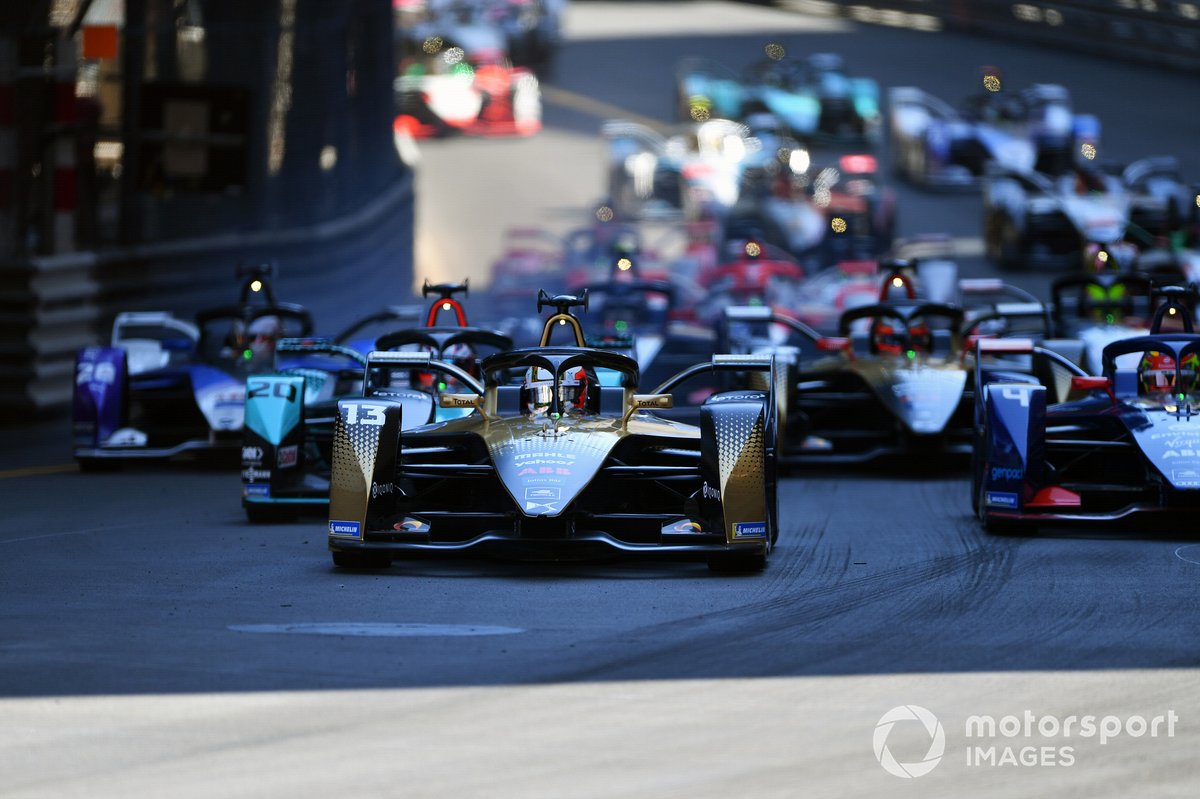 But on the next tour, he activated it again and by moving through the gate at the exit of Casino Square he dropped behind Maximilian Guenther.

Frijns passed Guenther but then had to re-overtake da Costa, which he executed cleanly on the run to the Nouvelle Chicane and assumed position before the braking zone.

Da Costa went for attack mode for the second time and came out alongside Evans and they muscled for position down through Mirabeau and Leows hairpin.

It was da Costa who hung on and then used the remainder of his higher power mode to reel in the 2.5s lead amassed by Frijns, returning the favour on the Dutch driver with a pass exiting the tunnel.

But the pursuing Evans enjoyed an excellent exit from the final corner, using attack mode, to pass Frijns for second place into Sainte Devote.

Evans then carried the momentum, pulling off a deft pass on da Costa around the outside of the narrow and high-speed Beau Rivage for the lead.

A late safety car – called when Rene Rast clattered the barrier in a seventh-place squabble with Nick Cassidy – would not play into Evans’ hands. 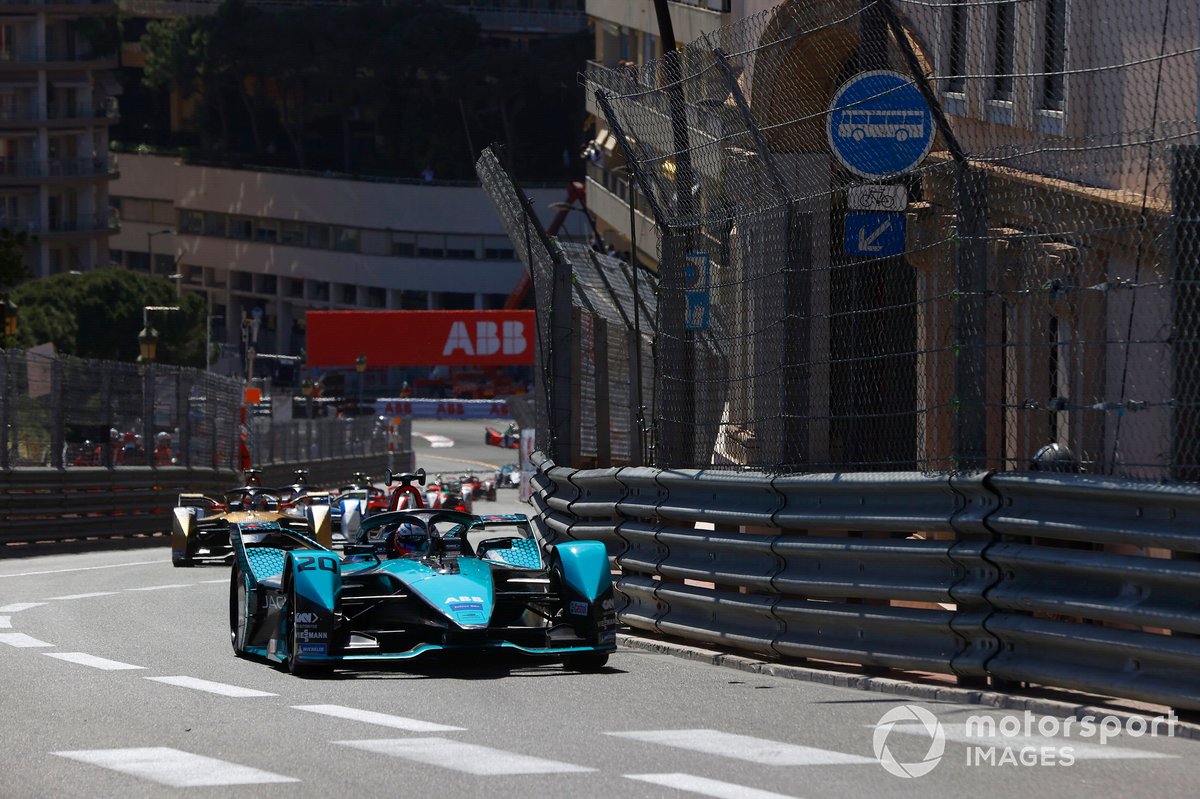 Running with 1% less useable energy than his rivals, he lost his slender advantage and then had to defend hard at the race restart. Da Costa then delivered a sublime overtake on the final lap.

He hunted down Evans through the tunnel, managed a sizeable front lock-up to slice through for the lead into the Nouvelle Chicane.

Evans, essentially limping home with energy levels critical, was then pipped at the line by Frijns as Jean-Eric Vergne recovered from an early tangle with Evans and then again with Guenther for a breathless fourth place.

The second Envision Virgin Racing machine of Cassidy earned a solid eighth as Andre Lotterer recovered 10 places in his Porsche up from 19th.

Alexander Lynn rounded out the top 10 from Lucas di Grassi.

The Mercedes duo of Nyck de Vries and Stoffel Vandoorne earned a double retirement, with de Vries stopping on the run to Tabac late on.

He was saddled with starting last on the grid and a 10-second stop/go penalty for a power and gearbox change.