Antonio Felix da Costa says it "feels amazing to pull the bad feeling out of my gut" after scoring a first win of his Formula E title defence in Monaco.

Reigning champion da Costa had only definitively taken first place on the final lap when he launched around the outside of Evans under braking into the Nouvelle Chicane.

This marks the second win, with team-mate Jean-Eric Vergne triumphing in Rome, for the recently homologated DS E-Tense FE21 machine.

It has also launched da Costa from 14th in the standings up to fourth, and he sits just 10 points shy of new leader Frijns.

Da Costa said the victory had been a big relief after he had put himself under pressure in the week leading up to the race.

He explained: “I've been putting a lot of pressure on myself just to get a result off my back this year.

“Having won the championship last year, we've done OK this year, but nothing special.

“I really wanted it here. The whole week I've been feeling bad. 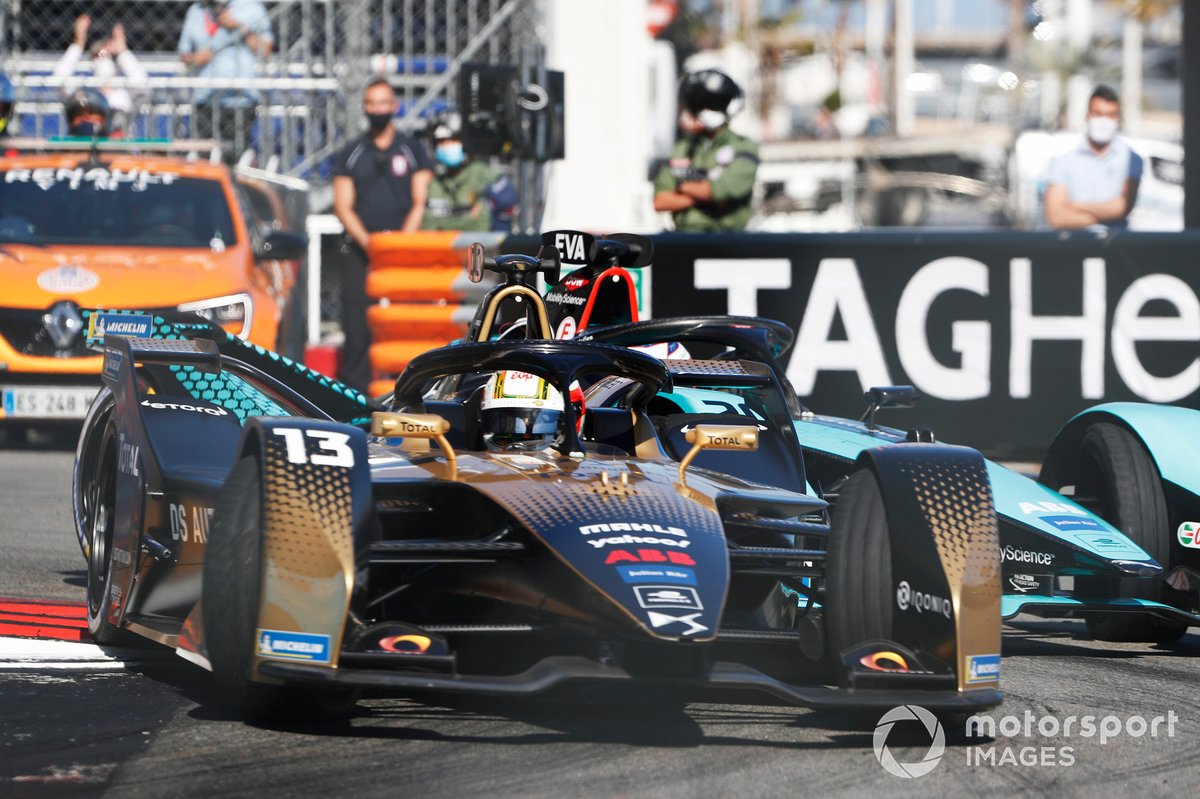 “I've been working a little bit with a sporting psychologist and we did a good work through the weekend step by step and was able to pull up all the steps.

“You just feel it here from your gut. The whole week, it's something there. To pull it out feels amazing.”

Da Costa reckoned that a combination of different scenarios had played out in order for the result to fall in his favour. This included the late pass on Evans, which he reckoned would “probably not work”.

"There's so many details that led to me being the lucky one, so many things happened before the race to lead to that situation,” he said.

“I had a little bit more energy than [Evans] and I knew that on the last lap that difference was going to grow. And I just waited for it.

“To be honest, I went for the move on that last lap in Turn 12 thinking 'OK, I'll go for it but it will probably not work. He's got enough to cover me.' But it was just enough to get him.”

Da Costa also maintained that at the halfway point of the season, no clear pattern had emerged as to who the strongest teams were.

He said: "Winning a Formula E race these days is so hard. Especially this year, I don't think any team has an edge on anyone.

“We all have such a big understanding of how to race and manage all our energies and stuff.”