Jaguar Racing completed a Formula E free practice rout on the full Monaco Grand Prix circuit as Sam Bird and Mitch Evans traded places at the top of the times.

The team-mates completed a 1-2 in both sessions, with Bird leading the way in the opening 45-minute run with a 1m32.22s effort to eclipse Evans by just three hundredths.

But the Kiwi got his own back in the later 30-minute outing by heading the leader board courtesy of a 1m31.118s benchmark set using the full 250kW power.

That put Monegasque resident Evans clear of Bird by a fine 0.185s as the Jaguar Racing duo were the last drivers to post competitive lap times.

A sole red flag stoppage in first practice came courtesy of a failure for the new Dragon Penske Autosport car.

The Penske EV-5 machine makes its competitive debut in Monaco after delays forced the team to hold off the introduction in Rome and then Valencia - the first rounds to fall after the later homologation window came into play.

Sergio Sette Camara came to a halt at the first apex of Anthony Noghes and then failed to restart, which forced the session to be paused.

But the incident then continued when Venturi Racing driver Norman Nato rounded the blind corner and nosed into the rear of the stricken Dragon.

This meant Nato – who was denied a podium in both Rome and Valencia due to penalties – received a latest reprimand and will drop two places on the grid. 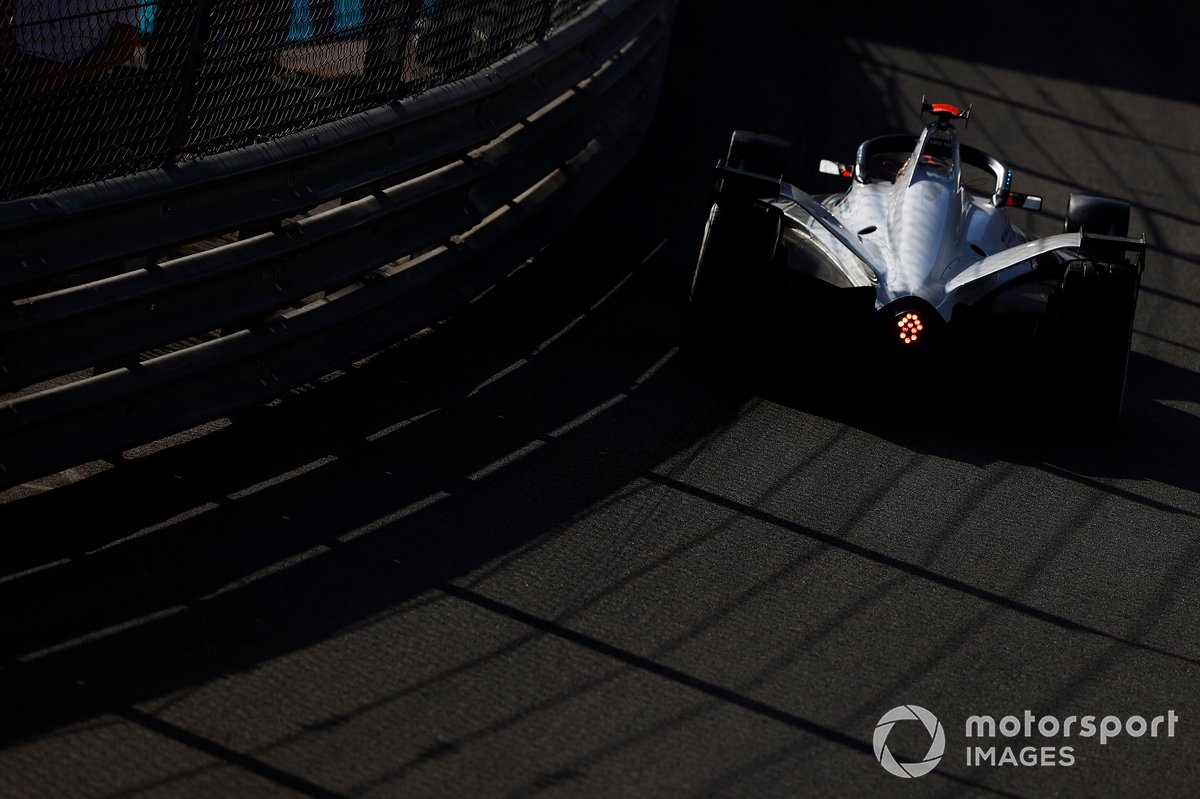 Nato again suffered a scare shortly after the chequered flag had been called for the second practice session.

Both he and fellow rookie and Envision Virgin Racing driver Nick Cassidy had to take avoiding action exiting Rascasse and were forced to correct massive slides.

However, the stewards decided to take no further action after minimal contact was made.

The new Nissan e.dams powertrain starts its debut event with the fifth fastest time courtesy of Oliver Rowland, as team-mate and two-time Monaco E-Prix victor Sebastien Buemi was only 21st.

Points-leading team Mercedes had it times led by Nyck de Vries in eighth with Stoffel Vandoorne running to 15th.