The DS Techeetah driver, stymied by losing his expected victory in Valencia due to the late energy controversy, used his group three run to move into the battle for pole.

Then in superpole he posted a 1m31.317s effort to provisionally lead the times and then the Portuguese held on to land his sixth championship pole by 0.012s.

Envision Virgin Racing driver Robin Frijns, third in the points, was the last to run in superpole owing to topping the group runs and was only 0.02s down on his rival through the opening sector.

He gave away a full tenth in the middle sector, only to recover it through the final few turns to land his second front-row start of the season. 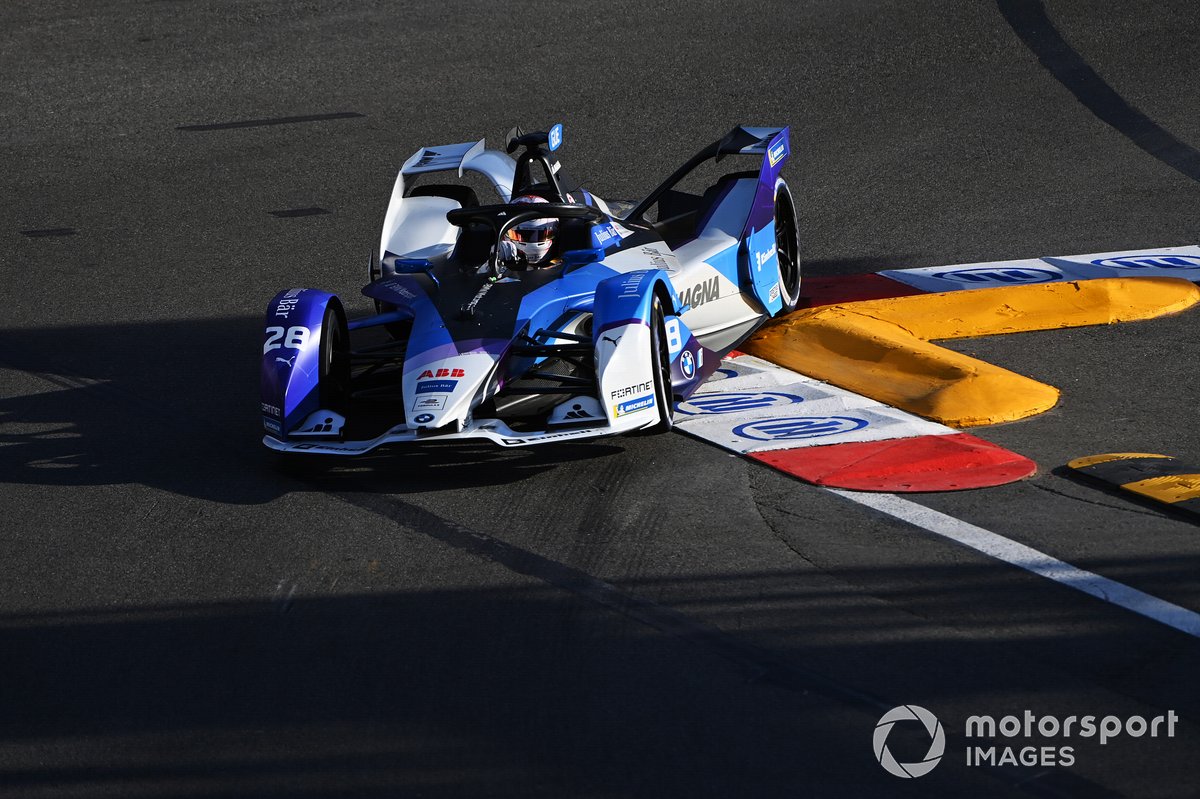 Maximilian Guenther was comfortably slower for BMW Andretti. The two-time E-Prix winner appeared to overheat his tyres through the first half of the lap and then suffered from a lack of traction in the final turns to wind up 0.722s off the pace.

But the young German will start the race ahead of Nissan e.dams racer Oliver Rowland.

The Brit posted a 1m31.547s lap, good enough to beat Guenther, but was thrown out the session when he left the garage too late and the pit exit was shut.

Guenther was the only driver from group four to make an impression in the top six, which came at the expense of Envision Virgin Racing rookie driver Nick Cassidy.

The Kiwi had performed strongly from his group three position to initially move into superpole contention before being kicked out to start in seventh ahead of Pascal Wehrlein. 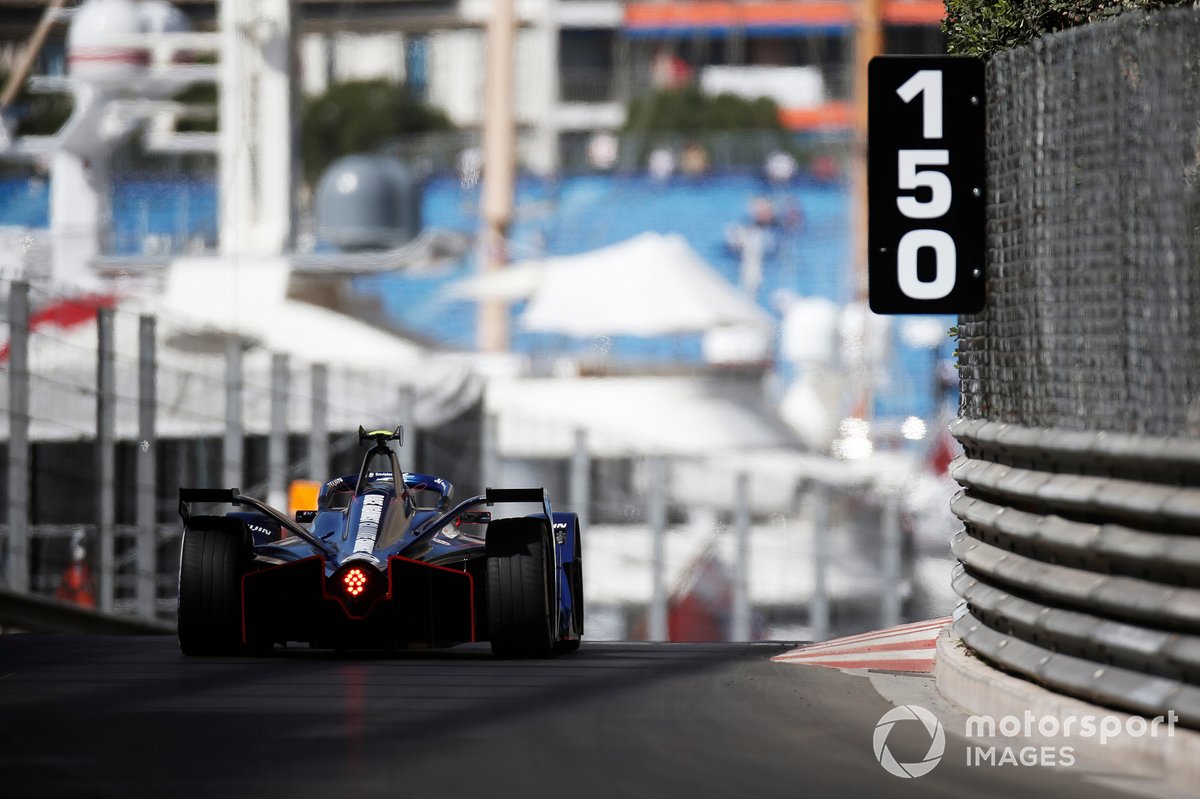 That will afford Audi driver Rene Rast – a two-time Porsche Supercup race winner in Monaco – a top-10 start ahead of Alexander Sims.

That followed the Brazilian causing a red flag in opening practice when the debuting Penske EV-5 machine stopped on track and then required a battery change.

The qualifying halt meant Sebastien Buemi and Tom Blomqvist had to abort their flying laps but they were allowed another crack albeit on warm and therefore slower tyres.

That meant Buemi could not use the new Nissan e.dams car to reverse his fortunes from a difficult start to the season and the 2015-16 champion was only 13th fastest.

Rookie race winner Jake Dennis ran to 14th for BMW Andretti ahead of Stoffel Vandoorne and Sam Bird.
Free practice one pacesetter Bird had his preparation lap heavily interrupted by the Mercedes of Nyck de Vries.

Bird nosed into the rear of the Silver Arrows 02 at Portier and then de Vries appeared to weave to hold onto track position thereafter.

That left title contender Bird to qualify only 16th ahead of Lucas di Grassi and the second Venturi car of Edoardo Mortara – who twice tapped the wall on his flying run.

Points leader De Vries will line up on 23rd after he knocked the wheel over a bump and switched his car out of the full 250kW power mode.

With it taking 30 seconds for the car to switch modes again, he ran slowest - 0.789s off the pace and will only line up on the grid ahead of Sette Camara.