Oliver Rowland has branded the deletion of his Monaco Formula E qualifying time “another mess” and “a complete joke” after the Nissan e.dams driver failed to leave the pitlane in time.

Rowland progressed into the top-six shootout for pole from group two, run aboard the brand-new Nissan IM02 machine homologated in time for the race in the principality.

This came after protracted production delays, which meant it could not make its debut in Rome - the first race after the new homologation window came into effect - as originally planned.

While Rowland went on to post a 1m31.547s flying lap, which would have put him fourth on the grid, he was later thrown out of the session for leaving the pitlane too late.

According to Article 33.6 a) of the Formula E Sporting Regulations, from the when the superpole session starts drivers only have 30 seconds to leave the pitlane.

However, Rowland was found to have crossed the line after the light changed to red.

An FIA decision read: “the driver left the pitlane for his superpole lap not in the mandatory time window.”

But Rowland hit out at the decision, saying the call for drivers to prepare to leave the garage came too late. 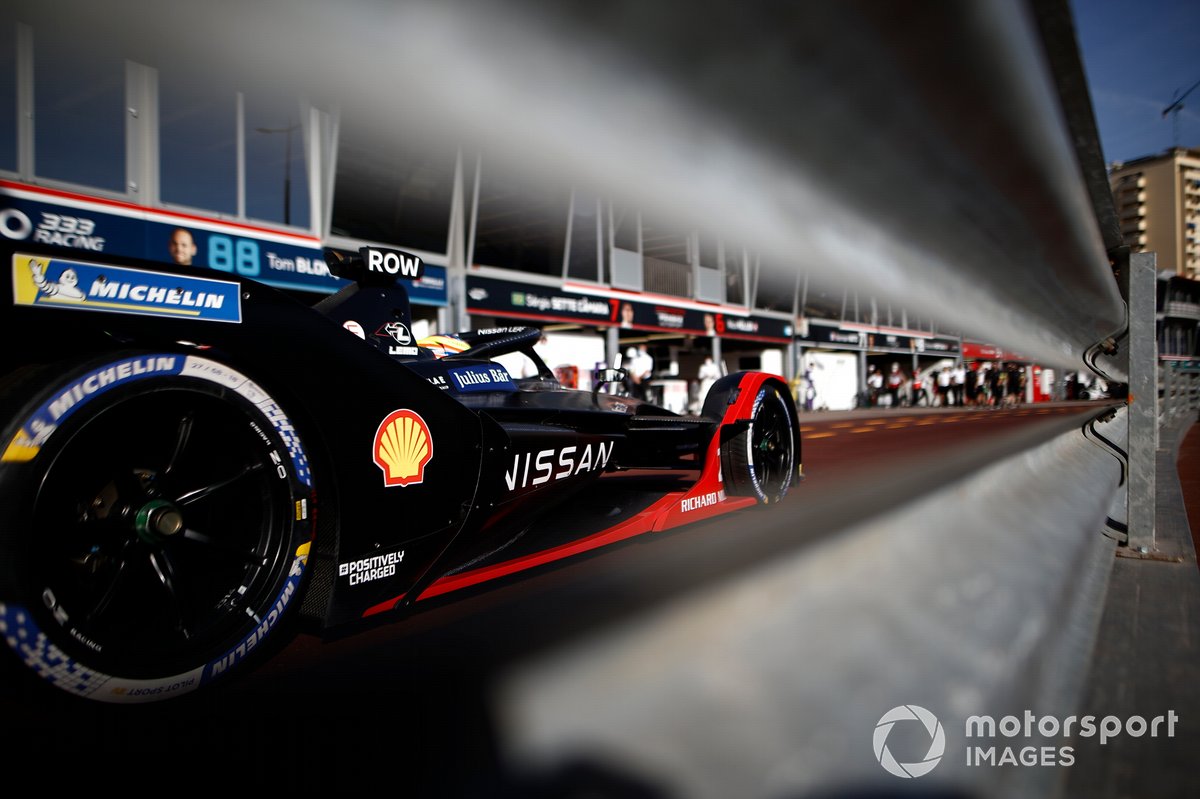 This followed immediately after the group four qualifying session, which was red flagged when Sergio Sette Camara spun his Dragon Penske Autosport machine into the wall.

The impeded Sebastien Buemi and Tom Blomqvist – behind Sette Camara on track – were able to then set fresh lap times albeit on slower hot tyres.

Rowland reckoned the decision to start superpole after this red flag had not left enough time to get into the car.

“They said at 1238 the session would start at 1239, but they don’t accept that a driver needs to get in their car so we were late out.

“Once again, it’s another mess, to be honest. I don’t understand why they have to start the session with 40 seconds to go. It’s a complete joke.

“I’m a bit disappointed. The problem is, you don’t know you’re in the session and then they give you 1m20s to get in the car. It’s impossible.”

Rowland was also notably given a drivethrough penalty while leading in Rome for power overuse.

He was also running in third in Valencia when the late FIA call to reduce useable energy limits led to mass overconsuming for which Rowland was disqualified along with four others.