Mercedes Formula E boss Ian James has explained the manufacturer’s unexpected decision to delay its Gen3 rules registration and says the “final call” is due in “the next few weeks”.

Last week, the day after the soft 31 March deadline to commit to the regulation changes, Mercedes announced it would be delaying its signature for the 2022-23 to 2025-26 seasons.

Only in its second year in the championship as a works entry, Mercedes issued a statement that cited a need for clarity over “important details regarding the structure of the series”.

However, the update praised “largely positive” talks “relating to key topics such as the implementation of a cost cap” for the Gen3 rules cycle.

“We need to get those details finalised before we can hand on heart, together with the board, give that commitment.

“Because of the length of that commitment, it's crucial all the details are absolutely right.”

This follows new financial regulations devised by the FIA, which means a manufacturer will have to continue to pay the €300,000 registration and homologation fee charged per season until the end of the rules cycle should it decide to exit early.

James added: “Quite rightly, the FIA have structured it in such a way that they're looking for commitment and stability over the duration of that generation.” 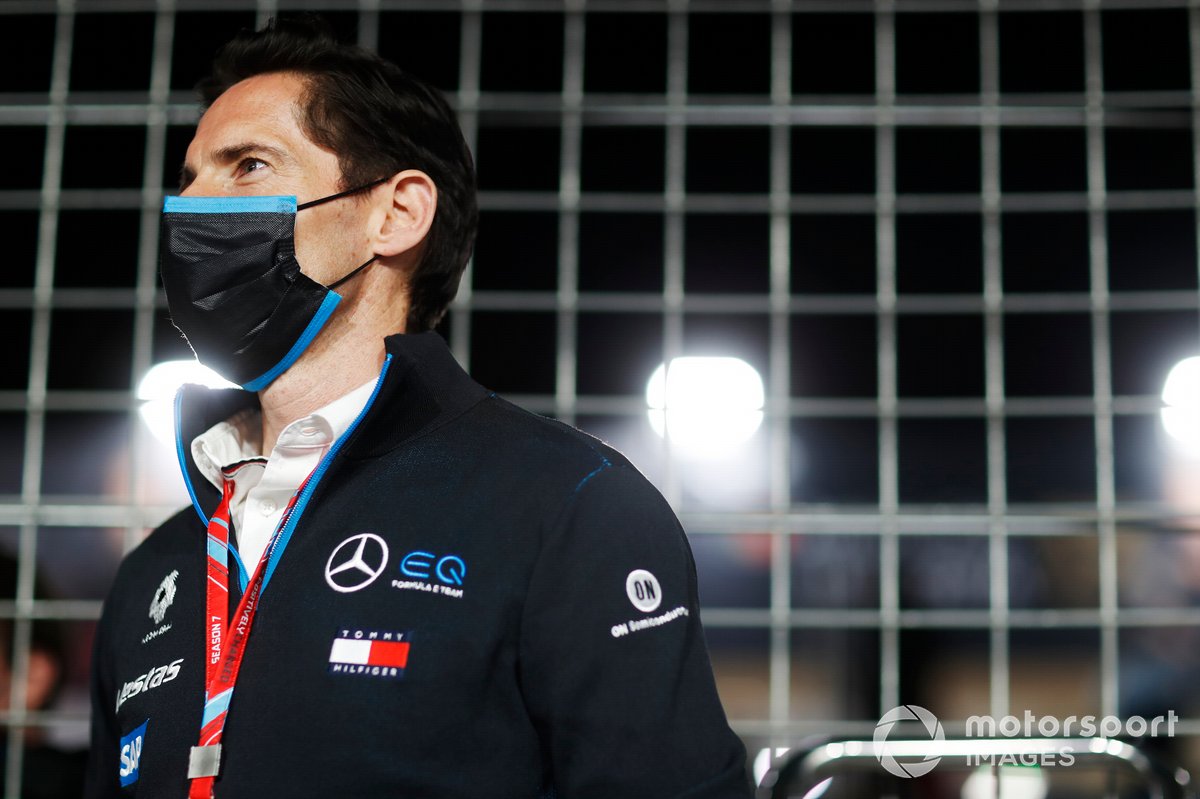 The 31 March deadline is not absolute, allowing Mercedes plus existing and prospective manufacturers to pledge their commitment at a later date.

But James said this was not “a point of no return”.

“I'm not in a position at the moment to say whether we're more likely to stay or go.

“It's just key that we continue working and making sure that we can get those open points closed off, and then hopefully, we can move things in the right direction.

“Having said that, this isn't something that can go on for weeks and months.

“This is something, within the next few weeks, we're going to need to take a final call,” he added.

James quipped that team technical director Nick Chester, formerly of the Renault Formula 1 squad, would “probably love to kick me in the shins right now” for missing the TWG meeting.

But he clarified that: “I don't think we're in a position or will put ourselves in a position that [the delay] is going to cause any real issues should it be decided to commit and stay.”

James also said the decision to publicly announce the delay was to avoid the news “leaking out in advance of the Rome weekend”.

He continued: “It would be incredibly damaging to the series as a whole if you had two or three manufacturers committing now, only to pull out in a year or two.”

The plan for Mercedes to refine its current five-location set-up and consolidate in Brackley for next season is “still very much the right thing to do”.