The German driver, who joined the Monaco-based outfit from Nissan over the off-season, set a 1m26.096s in the morning session which stood as the fastest time of the day.

He also headed the rain-affected afternoon running when the timing slate was wiped clean, just over a tenth slower than his best lap before lunch.

Rene Rast and Jake Hughes were the first to hit the ground running on the first day, as McLaren begins its first Formula E season in earnest, followed by Maserati MSG pairing Edoardo Mortara and Maximilian Guenther onto the circuit.

By the end of the first hour of running – notwithstanding a shakedown session on Monday to allow the teams time to set up their systems for the test – Oliver Rowland was on top with a 1m26.351s, almost 0.6s clear of Guenther.

The first red flag of the session was produced by Envision’s Nick Cassidy, who beached his car in the gravel at the halfway point of the morning running. The New Zealander was able to continue after roadside assistance from the marshals.

The pause to proceedings was very short, and the morning’s running continued where Nico Muller made his first appearance of the day having spent the majority of the first two hours in the pit garage.

Reigning champion Stoffel Vandoorne split Rowland and Guenther ahead of the final hour in the morning’s running, 0.322s away from the Mahindra driver’s best.

The Indian squad unveiled its new livery ahead of the morning session, featuring a bronze front half and melding into a blue and red rear half. 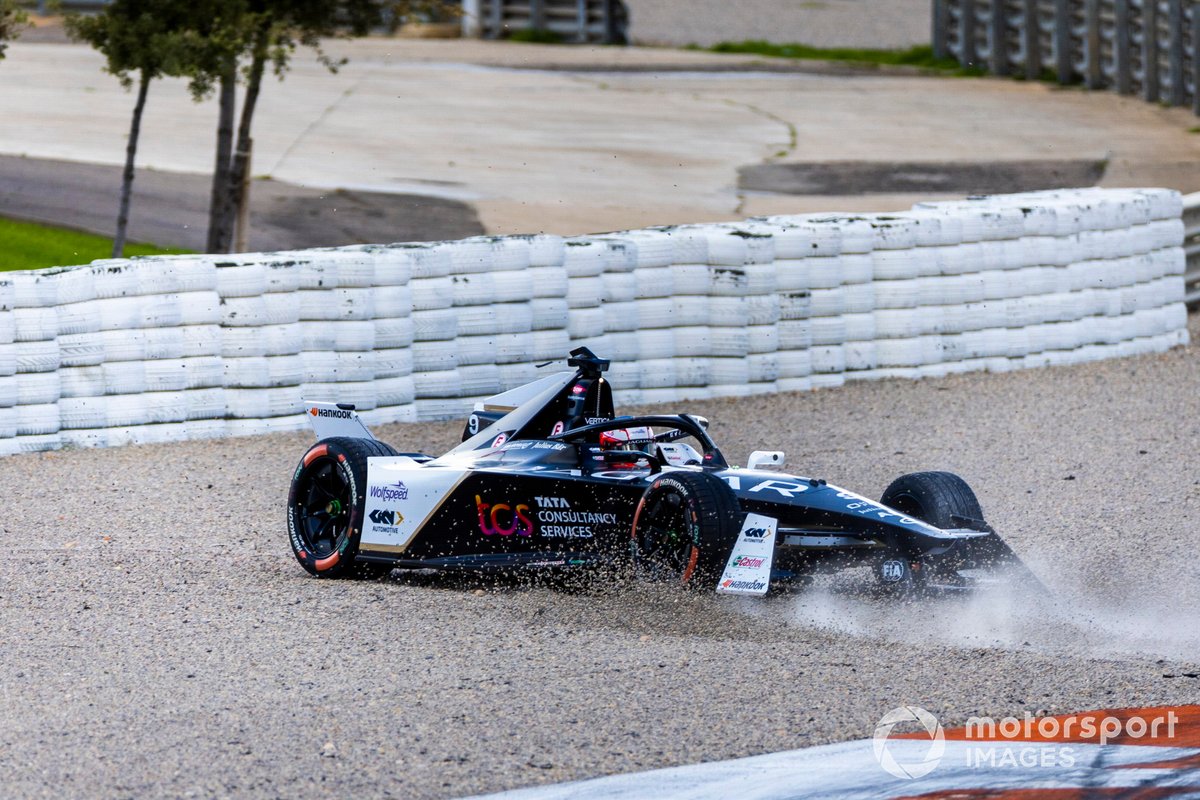 Two red flags fell either side of the final half-hour mark, with one flown to pick up debris – understood to be from Rast’s McLaren - and another to collect Mitch Evans from the Turn 5 gravel trap.

Green flag running resumed with 20 minutes to go and, with less than 10 minutes left on the clock, Hughes took his Nissan-powered McLaren to top spot with a 1m26.178s.

NIO 333’s Dan Ticktum then suffered a spin on the exit of Turn 4 to produce a yellow flag period, briefly halting any improvements, before Guenther then deposed Hughes with just over two minutes left before lunch with his 1m26.096s.

Following the lunchtime break, Guenther once again stood on top of the pile amid the initial flurry of laps in the opening half-hour, and cementing his place at the head of the afternoon times with a 1m26.221s - just a tenth away from his morning marker.

Porsche’s Pascal Wehrlein got close and was just 0.041s away at the close of the first post-lunch hour of running, which was paused by a further red flag – this time, for Hughes, who had stopped on the exit of Turn 5.

Hughes and Rast had endured a coming together during Monday’s shakedown, which was precipitated by confusion among the two and Jaguar’s Sam Bird.

Guenther’s time had not fallen as the clock ticked down into the final hour of running, but was accosted by another Porsche in the top three – as the German manufacturer’s new recruit Antonio Felix da Costa moved up to third.

Rain helped to preserve Guenther’s brace of benchmarks, although it proved to be a chance to sample Hankook’s new all-weather rubber across different conditions. 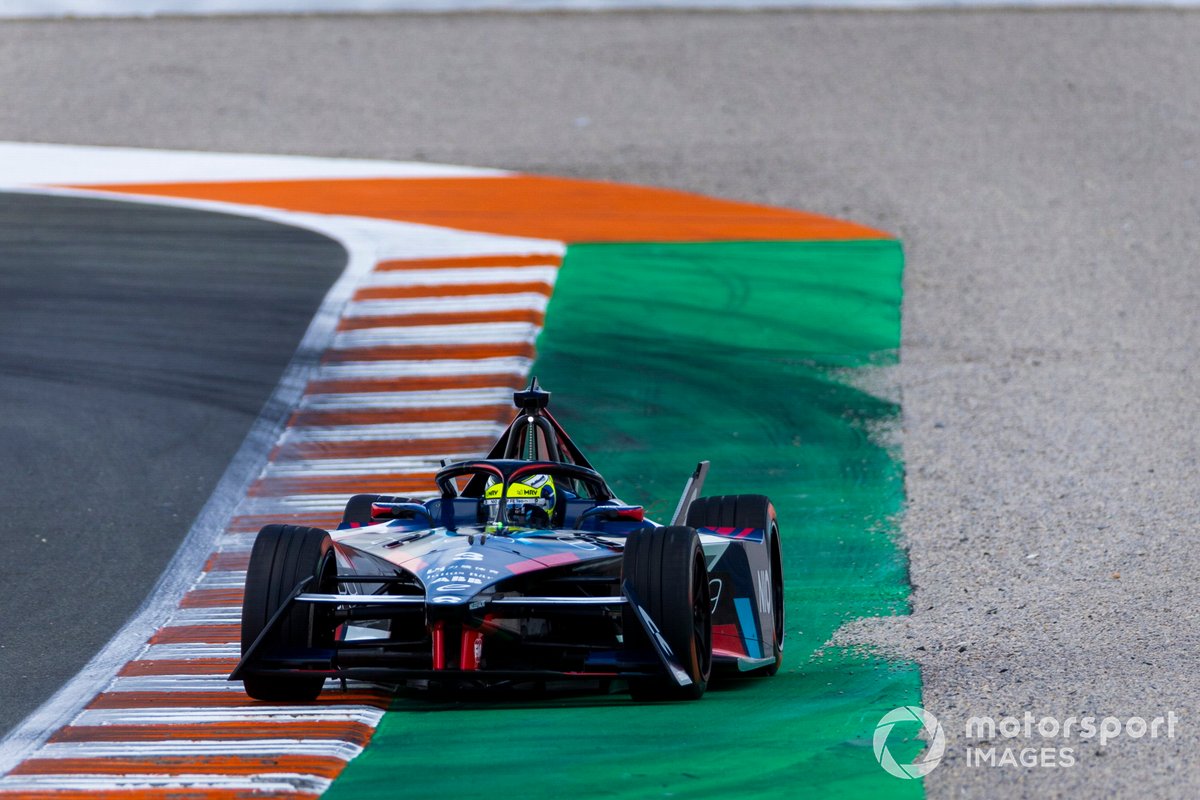 Sergio Sette Camara put a pin in proceedings at the top of that final hour, after coming to a stop on the exit of Turn 5, requiring a taxi service to tow his stranded NIO 333 machinery back to the pits.

As rain precluded anyone from improving their lap times in the afternoon session, Guenther’s morning time remained the fastest of the day, with Hughes’ early time staying second best.

Mortara’s and Vandoorne’s morning runs were the fifth and sixth fastest across the sessions, while da Costa’s run in the morning was fractionally faster than his strongest lap in the afternoon.

Mahindra’s Lucas di Grassi and his 1m26.755s were good enough to be the eighth-fastest driver of the day, as an afternoon time from DS Penske’s Jean-Eric Vergne and a morning lap from Robin Frijns – now of Abt – completed the collective top 10.

Norman Nato and Sebastien Buemi had troubled afternoon sessions; Nato managed minimal running after the break while Buemi did not leave the garage after lunch, the Swiss completing a conciliatory 40 laps in the morning.