Formula E’s teams have spent the winter trying to understand the all-new Gen3 machinery – but a switch to Hankook tyres has made the transition even more difficult.

After eight seasons of using Michelins, the series awarded Hankook with the contract for the 2022-23 season and beyond. Although the overall brief has remained the same for the Korean manufacturer, which has been asked to produce tyres for all weathers, the construction presents an entirely different challenge.

Named the Hankook iON, the development of the tyre has had to be all things to all people; for Hankook, it must be a visible demonstration of its technology to a new racing audience. For Formula E, the tyres should align with the championship’s increased sustainability drive, and for the teams, it must offer an acceptable level of performance.

From the sustainability perspective, Hankook says that 30% of the construction includes sustainably sourced products – including natural rubber and resins.

That’s arguably something of a compromise in terms of performance; because it’s easier for chemical engineers to manipulate and create artificial compounds without paying too much regard to where they’re sourced or how they’re disposed, it may be more difficult to address the performance points of the tyre.

Add to that the challenge of having to make the tyres work in all weather conditions, and it becomes a fine balancing act to achieve.

Regardless, Hankook has put its time in since winning the tyre tender process, and its motorsport director Manfred Sandbichler explained that the process of pinning down a final compound to use was extensive. 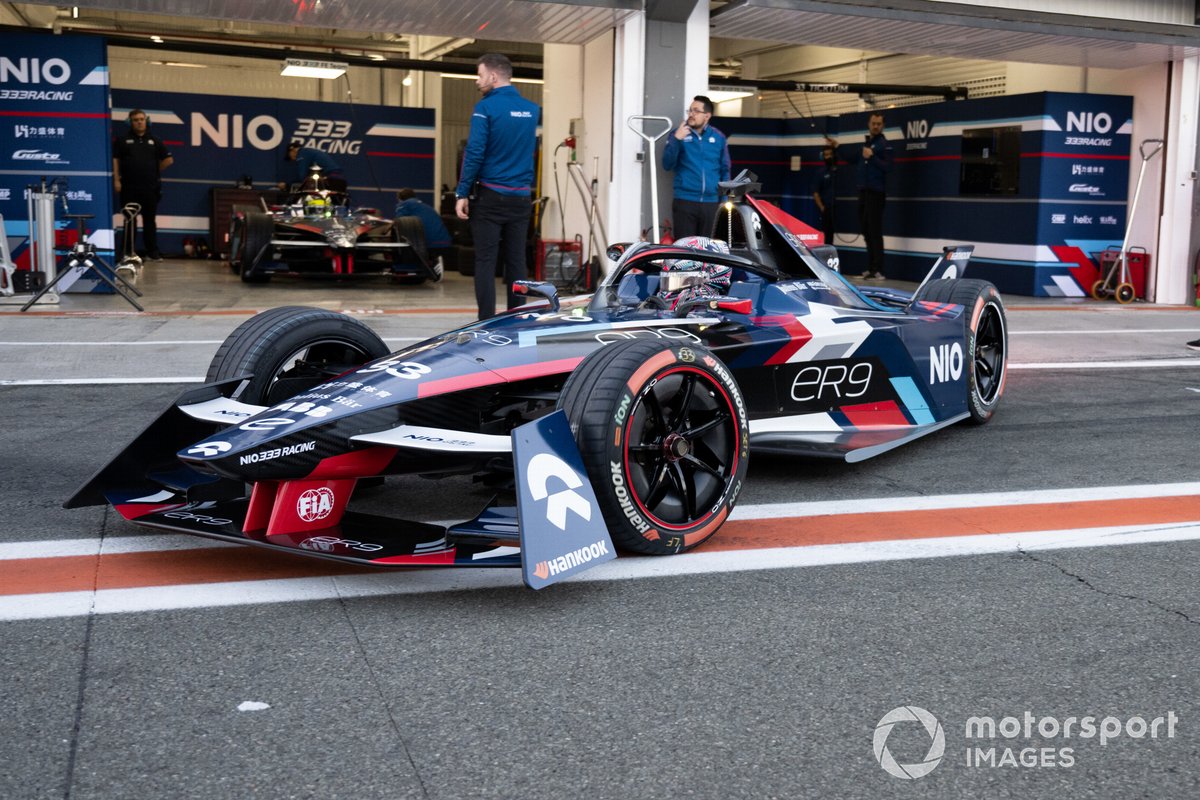 “This [the tyres at Valencia] is the final spec, I can tell you for sure. And how many different specs we have tested...my goodness, it’s around 60, 70, maybe even 80 different specs.

One of the more interesting side stories of the Hankook tyre is that the compound is almost split down the middle; the outside of the tyre is stiffer while the inside is softer, and that means it will respond to different cornering conditions differently.

If we consider the tyres running at a slight negative camber, where the top of the wheel slants inward, the softer part of the tyre has the bigger contact patch. In cornering, where the outside wheel is loaded up and the car enters into yaw, this puts more energy through the stiffer part of the tyre.

“It’s a softer compound on the inside, and a stiffer compound [on the outside],” explains Jaguar technical director Phil Charles. “And there's a subtlety when I say that because when you describe compounds, one word doesn't do enough. It can be that its behaviour can be stiffer, but deliver more or different grip or different cornering stiffness.

“Within one tyre, you've got two different behaving compounds. It's how you use the tyre and depends on how those two compounds are in use in cornering conditions, in a straight line, as you hit the brake compared to as you're leaning into it in a long corner.” 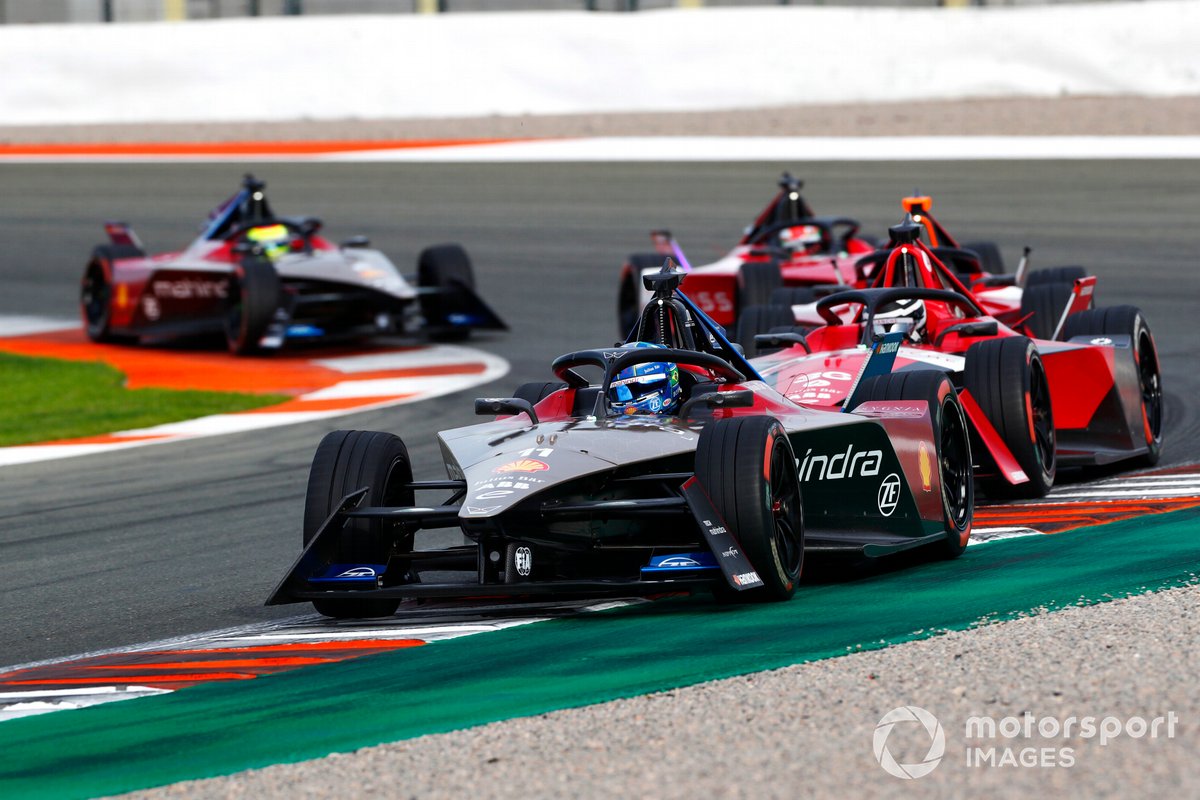 Naturally, much of the off-season has been spent understanding the new rubber, alongside reliability and performance testing of the new components.

Overall compared to the Michelins, the general consensus is that the tyre is a much harder composition – and Mahindra’s Lucas di Grassi suggested that the Hankook boots could last “12 races” in low-grip conditions like Rome or Monaco.

While the new tyre is more robust than its predecessor, that’s not to say that it can pound around a circuit indefinitely.

Sam Bird, who has been able to get back in the saddle after breaking his hand in last year’s London E-Prix, explains that Jaguar has been seeking to work the tyre hard to find its limits. He reckons that there will be a defined drop-off, which could introduce another subplot to the races.

"We found that it has a does definitely have a shelf life,” Bird says. “And then it takes a big drop in performance.

“So we're going to see different people with different tyre lives in the race. And when you get to a certain point, you feel like you're driving the same, but there's a big dip in performance.

“And you're like, ‘why am I only doing that time? I think I should be half a second, a second quicker.’ And you're not. That could be quite interesting in the race.”

Ultimately, getting acquainted with the Hankook has been a gargantuan learning process; if Michelin had remained on board, the teams would have an idea of where to benchmark the new cars against the old chassis owing to similar DNA in the tyre construction. 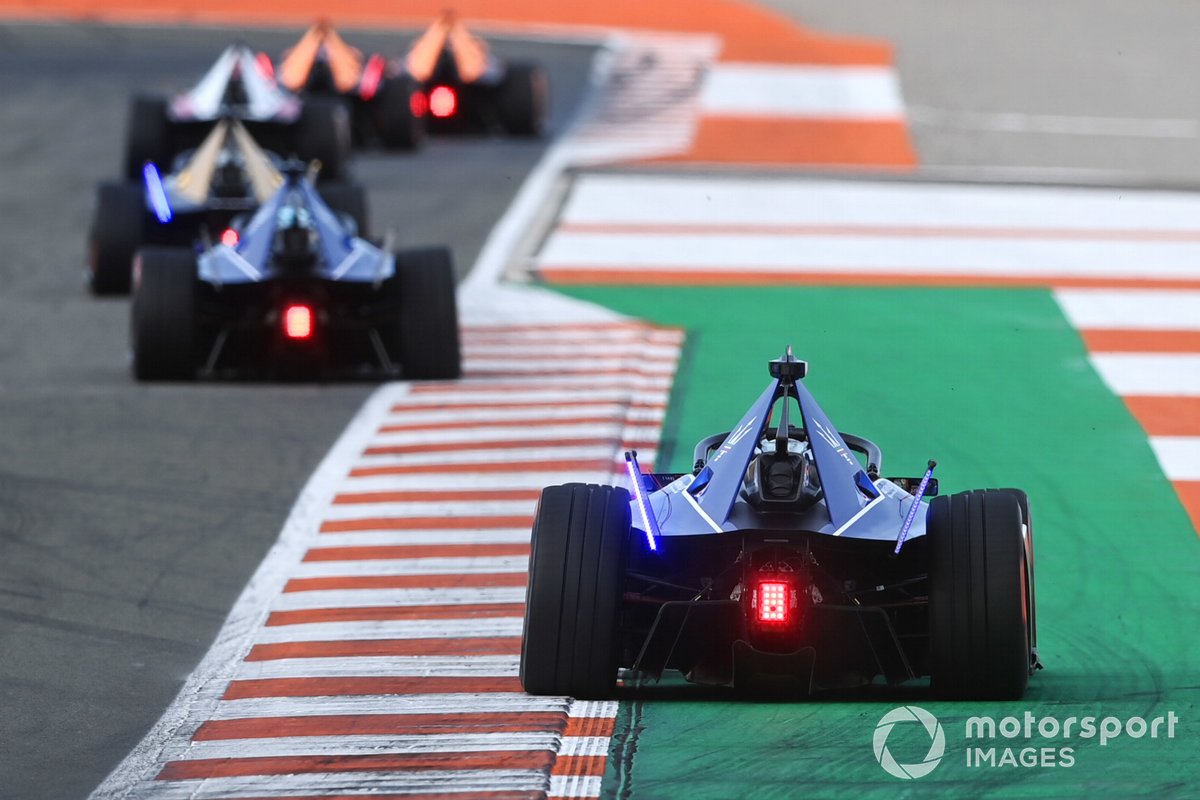 But with a completely new supplier, everything changes. With zero carryover on both fronts, the teams are effectively in a similar position to where Formula E kicked off from during the Donington tests ahead of the 2014-15 season.

That means tyre models have to be developed from the ground up, without any commonality in cars to hinge the differences on.
While the overall feeling with the tyre is that it immediately offers less in the way of grip, engineers are continuing to make inroads with the construction and will eventually find whittle their models down to a consistent working window.

The drivers, too, are willing to remain patient – and are sympathetic to the challenge that Hankook has faced.

“The Michelins had their own tricks as well to understand,” explains 2019-20 champion Antonio Felix da Costa, now of Porsche.

“We were all mastering them after many, many years with those tyres. I always tell to my tyre guy in the team that he has the hardest job in the whole because to understand tyres, it's such a difficult thing.

“Obviously, Hankook gives everyone the same amount of information to make it fair. It's an important job in the team.

“We're going through that process; there's still a lot to discover. At the end, they're playing some tricks on us, sometimes in a good way. But it's part of the process - and it's a fun process.”

The true breakthroughs in tyre performance won’t come until later, once the teams get a much more representative feel for the Hankooks on a ‘proper’ Formula E circuit.

In that lies an avenue in development that is rich in rewards – but it’s ultimately down to the engineers to exploit them. Each team will find different adaptations for the Hankook tyres, and it should create a battle that ebbs and flows – particularly as the other variables continue to be developed through the year. 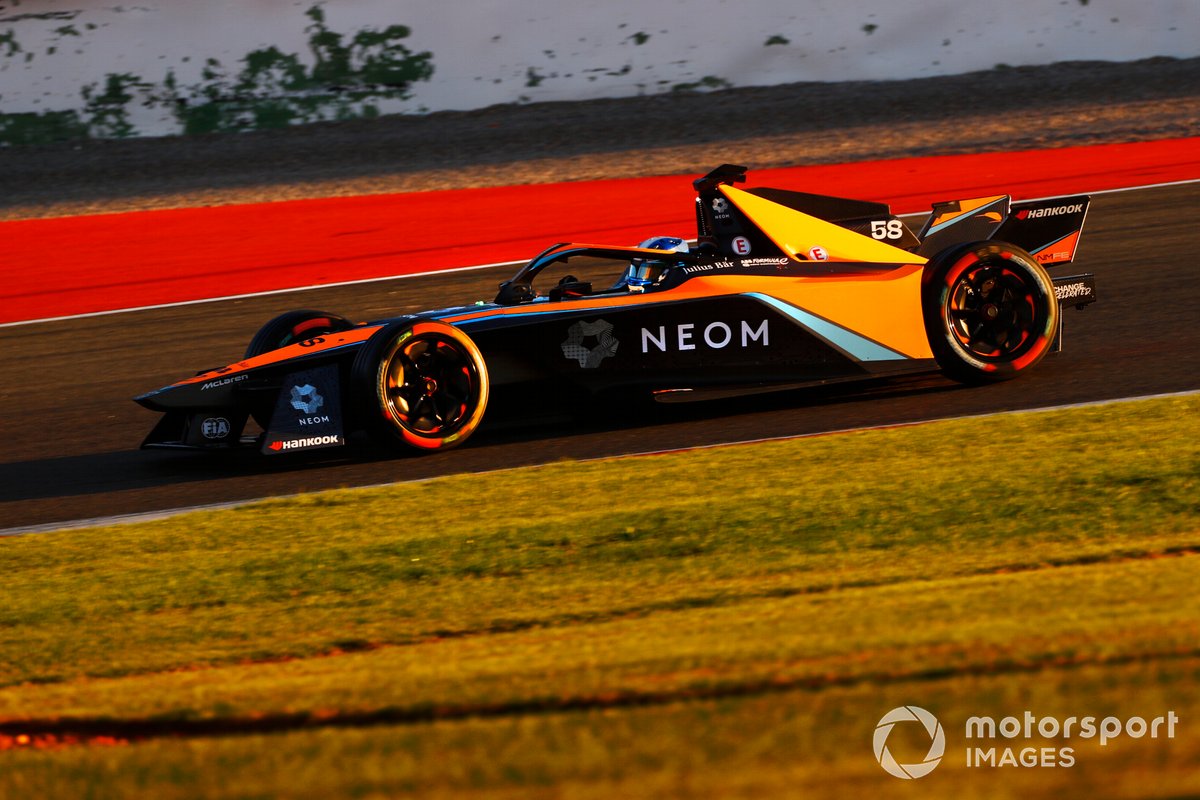