Lotterer, who has been a Porsche factory driver since 2017, raced with the DS Techeetah squad for the last two seasons - his first in ABB FIA FE.

He looked to set to win for the first time at the Hong Kong in March, but lost out with a puncture sustained in late contact with Envision Virgin Racing driver Sam Bird.

"I've had such an amazing time with DS Techeetah and I'd like to thank each and every member of the team for the faith they put in me when I joined and for all the great work and unforgettable moments we've had together," he said.

"After two years with the team, I was offered a new challenge that I couldn't say no too. I wish everyone the very best and look forward to battle it out from the other side."

Lotterer helped DS Techeetah clinch the 2018/19 FE teams' championship - a prize it missed out on by just two points the previous season - as his team-mate Jean-Eric Vergne won the drivers' title. 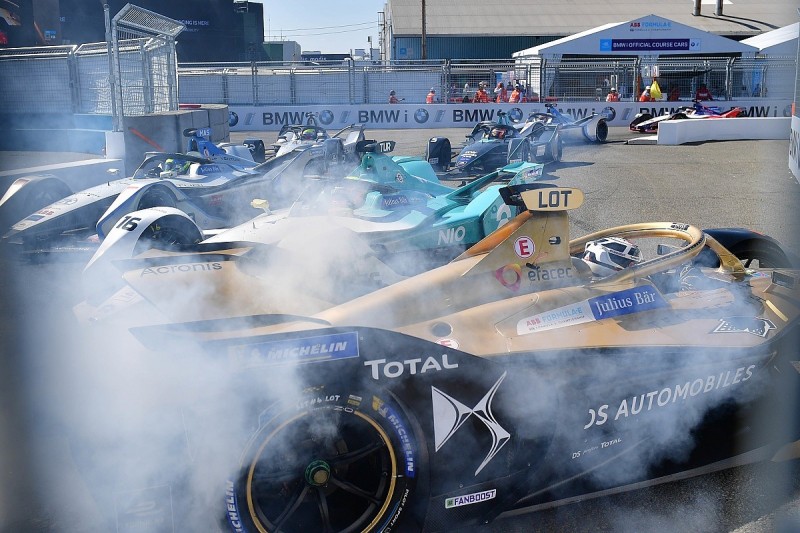 The triple Le Mans winner had been a title contender himself until the penultimate round, but a run of four races without points in the final four rounds meant he finished eighth in the standings - the same result he secured in 2017/18.

"Until this season where we've been reinforced by our colleagues at DS Automobiles, we've been an incredibly small team where it has been instrumental for all team members to go the extra mile, including our drivers and Andre has really put this into effect," said DS Techeetah team principal Mark Preston.

"So for that, together with the points he has racked up with us to win the teams' championship this year, and almost clinched last year, we'd like to say thanks to Andre for this time and wish him the best of luck with his new pursuit."

DS Performance Director Xavier Mestelan Pinon added: "I salute and thank Andre for the fantastic work he has done this season.

"Without him and the valuable points he earned; the titles would have been more complicated to concur.

"His involvement and his performance were paramount in our victories and titles. See you soon on the track!"

DS Techeetah is now looking for a replacement for Lotterer, who is understood to have had a contract for the 2019/20 season, to join Vergne and a team statement said it has already "been approached by multiple high-level drivers".

The team is therefore "evaluating" which driver it will sign and the statement concluded that "this will be announced in due course".