Formula E has signed a contract with Jakarta that will complete the 2022 calendar, while a delayed Paris race will allow time to adapt the track for quicker Gen3 cars.

The FIA released its provisional schedule for a record-breaking 16-race season on Thursday; however, the 4 June slot was notably left as a “To Be Decided” entry.

In response to the omission of an inaugural Dutch E-Prix, the Formula-Eindhoven bid released a statement saying it was ready to fill any gaps on the 2022 calendar.

But the vacant slot has now been revealed to be Jakarta, the capital of Indonesia, which had first meant to appear on the calendar during the 2019-20 term.

Formula E co-founder and chief championship officer Alberto Longo said: “We cannot announce why we put a TBD there.

“But basically, we have a contract in place with Indonesia, with Jakarta. Our plan is to go there.

“But the governor himself has asked for a little bit of time in order to announce the race.

“That's why we have prolonged the date.”

The addition of Jakarta will be confirmed following the next meeting of the FIA World Motor Sport Council in Paris on 15 October.

Jakarta has proved already to be a controversial move, amid reports that £53million has been spent by the city administration to host the championship.

This comes against the backdrop of a string of deadly floods in the area, with Greenpeace Indonesia leading the calls for money to be spent upgrading the infrastructure.

Longo also stated Formula E’s intentions to return to Paris in 2023 but with the promise of a heavily revised circuit layout to accommodate for the more powerful Gen3 cars.

A fifth Paris E-Prix was set for the current 2021 season before it was cancelled amid the global health crisis, but with a commitment to plan for the 2022 edition of the race. 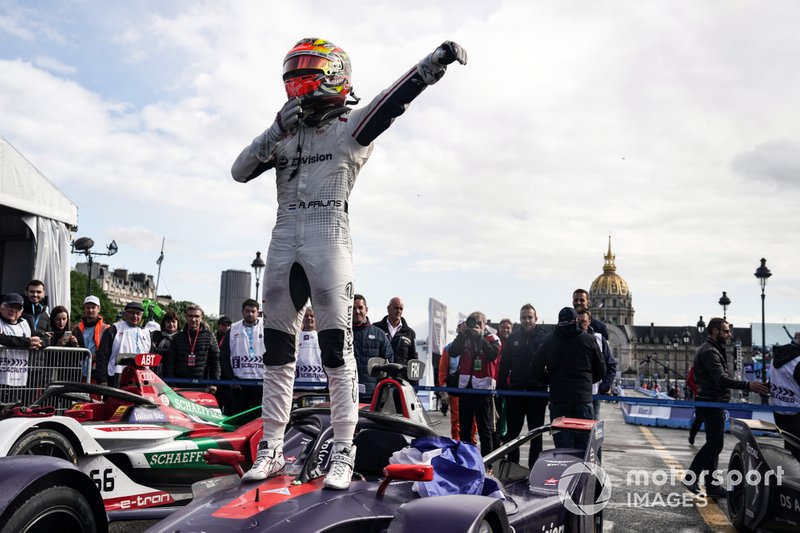 Despite the city not being listed in time for next season, Longo stressed a healthy relationship between Paris and Formula E and said the delayed return would allow time to modify the Les Invalides circuit.

Asked if the current 1.19-mile track configuration was too short for the incoming 470bhp machines, Longo said: “That's probably why we have decided to go every other year: to give us a little bit of time now to plan ahead.

“The relationship with the city of Paris and its mayor is fantastic.

“They really want us to not even stay for the term that we had agreed already but even for a longer term.

“We're really being ambitious. The next race of Paris is going to be a completely different race compared to what we have done up to now.”

Santiago is also expected to return in time for the 2023 season to bolster the South America presence for Formula E but a postponement in 2022 was decided after the recent mayoral elections in the Chilean capital.