The announcement of a one-make Jaguar support series for Formula E is a "big step" for the electric single-seater series, according to CEO Alejandro Agag

Tuesday's announcement of the Jaguar I-PACE eTROPHY, which will join the FE package for the 2018/19 season, means FE will have a dedicated support category for the first time.

Most FE rounds are one-day events, with only three hours of track action but almost six hours of dead space in total between sessions.

Agag said his series had "been waiting long for this moment - a championship with cars that are directly going to the road and that will be together with us".

He added: "The idea of this sport is that one day every car in the world is electric. "Showing formula cars is one way to do that.

"Showing road cars, racing competitively with professional drivers, is going to be a big step to continue the process of changing the mind of people to convince them to buy an electric car."

The new series is a major commitment from Jaguar, which only joined FE for the 2016/17 season.

Autosport understands that Jaguar had always sought greater involvement in FE beyond running a team.

Agag said: "Jaguar has been a great addition to the championship.

"It's a brand with great history and it's been a major boost.

"In their first season they did some great things, they came with very little time to prepare.

"They have great potential for the seasons to come."

Jaguar's announcement of the I-PACE eTROPHY included a reference to the Indian-owned British manufacturer committing to FE before entries from Audi (2017/18), Mercedes-Benz and Porsche (both 2018/19).

The off-track competition between the brands is expected to escalate quickly, with Jaguar already notably upping the ante with its marketing in 2016/17. 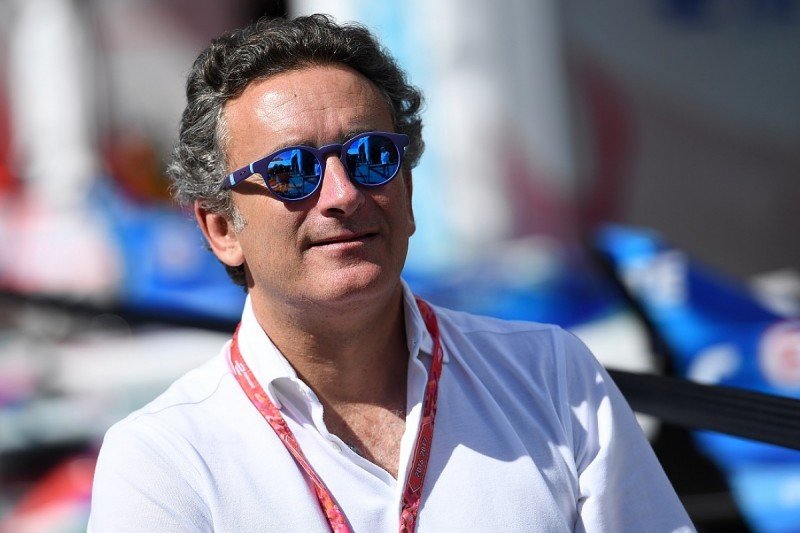 Agag reiterated his belief that FE's influx of manufacturers - with Renault, DS and Mahindra already committed and BMW also fielding a works entry from 2018/19 - had "gone beyond our wildest dreams".

"Really it's exceeding the expectations of everyone.

The paradox that could fix F1's biggest flaw